Why fell running is on the up 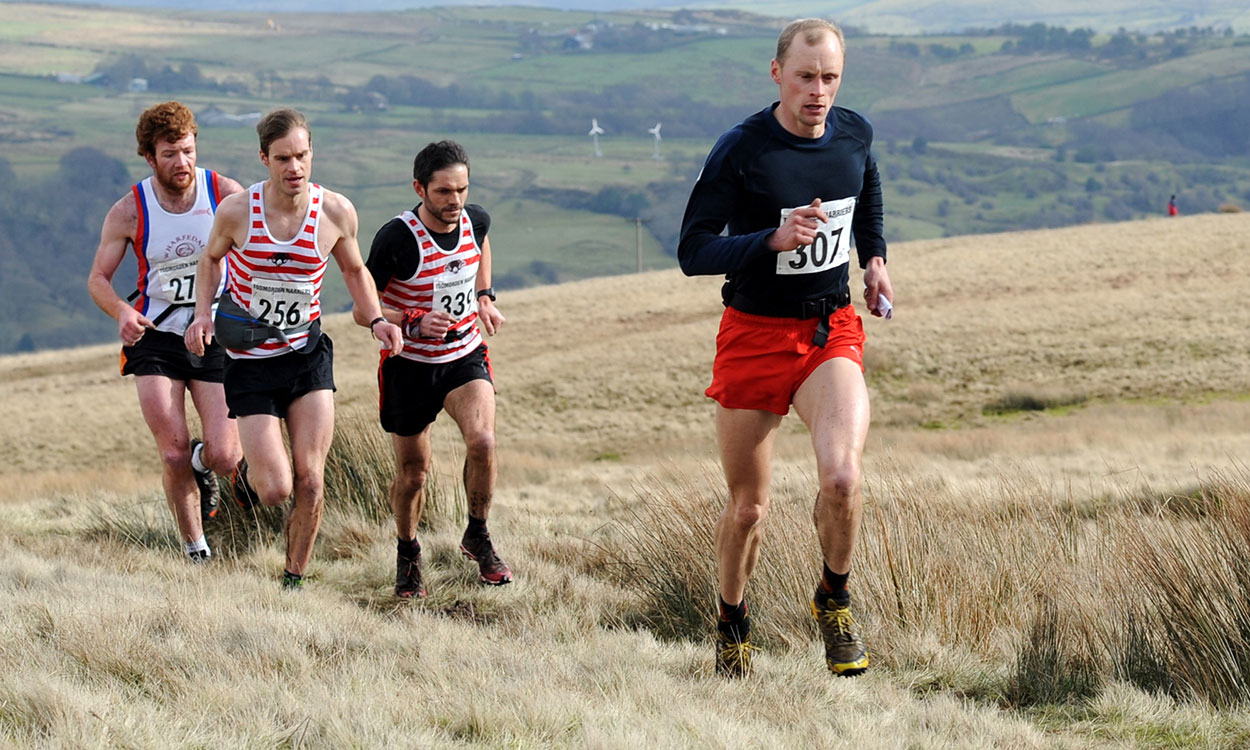 Cross country running – what images does it conjure for you? Muddy fields on the outskirts of a British town? Sideways rain cutting through your lightweight club vest? Your hands numbing from the wind ripping across the fields? It doesn’t exactly sound pleasant does it?

So what of fell running? I am sure for most people a very similar image will come to mind, with the muddy British fields swapped for an inhospitable mountainside and the added factor of the solitude found out on the open moors of the British mountain ranges.

So why, when these two sports are often depicted in much the same way, is cross country battling to maintain its participation numbers, while fell running is seeing a dramatic increase in popularity?

It surely cannot be put down to the publicity of each sport. Cross country has a far greater media output than fell running. The BBC broadcasts in-depth coverage of major races while fell running is a very much communally based sport feeding off local running communities to supply itself with athletes. Nor does fell running appear on any school curriculum presenting the sport en masse to the public of the UK.

In recent years cross country has taken a backseat in British athletics. Gone are the days when Great Britain truly featured at the World Cross Country Championships, with household names such as Mo Farah no longer securing medals for GB on the country, shirking it for the more profitable track-racing scene. The removal of such major stars leaves a dearth of athletes for younger runners to truly aspire to. These are the athletes who place the sport on the lips of the population and the lack of them diverts competitive aspirations away from this discipline.

Cross country now seems to be seen as a method of training over the winter for the new track season. However, it still maintains a far higher media profile than fell running. So what then is causing the different changes in participation numbers between these two sports?

There are now nearly 300 athletics clubs which have affiliated themselves with the Fell Runners’ Association, offering members the chance to compete in fell races. However, these are usually limited in geographical location to the upland regions northern England, Scotland, Wales and Northern Ireland. With average numbers for races totalling 250-300 competitors, generally restricted due to access and environmental concerns of the landowners, fell races on average draw in the same numbers which the Midland League Division 1 cross-country averaged in the winter of 2014-15.

So, for a discipline which supposedly dominates the British running scene, from school to senior levels, why is it competing for participation numbers against this traditionally local discipline, located in specific regions of the UK? Here are just some of the reasons behind this possible shift in the participation numbers of these two terrain-based titans of running.

THE SEASONS AND THE CLIMATE

When it comes to the weather we can all conjure up a certain images associated with cross country – driving rain, howling winds and mud which just wants to drag you down and stop you even completing the course. With the winter bringing increasingly harder conditions as the racing season progresses, it is unsurprising that the drive to race can lapse for a lot of competitors. When described like this, such races do not seem instantly appealing to the average runner, as it takes a certain breed of madness to thrive in such elements.

It is true that fell running does not avoid such difficult circumstances with the weather, with the mountain tops of the UK providing a sometimes completely inhospitable climate.

However, and this may be a slightly obvious point, one of the main differences we must consider here is the seasons when these events take place. Owing to the extreme nature of fell race routes, it is simply too dangerous for organisers to put on races during the winter, with competitors’ safety a primary concern over pushing the limits of racing extremes.

As a result, races primarily take place over the summer months, when the weather has become slightly more desirable for racing. Although the weather can still become a major factor in races, they are altogether more likely to take place in warm and sunny conditions, allowing competitors to take in the magical views from the tops of the climbs of the race routes.

The views from the parks of the UK where cross-country races now take place are somewhat different from those offered by fell running. Gone are the mountainous vistas and views of regions such as the Peak District and in come the grey and grim surroundings of the British winter. While Britain’s parks are very nice, do not mistake me, they are nothing when compared to the beauty of the isolated regions ventured into by fell running, seldom seen by so much of the British public.

No matter how well you race on the country and how good it is for your training, no one can say it has views to match those of the fell running community – for instance the Coniston Fell Race takes in the famous Lake District tops of Whetherlam, Swirl How and Coniston Old Man. Who would not choose a sunny evening taking in a mountainous vista in the Peak District to squelching through mud at your local park?

Both of these sports provide distinctly different challenges. Cross country is one of mind over body, being able to push yourself through the mental barrier of racing in bad conditions and the cold on the limits of your fastest possible pace. This is a challenge of performance, speed and power with fast starts and tight packs making you fight for your position the entire way.

This is another world compared to the awe-inspiring physical undertakings of a fell race which is more about pacing climbs well, digging in deep and listening to your body the whole way. Then, once the climbs are completed, it’s back down the hills. These technical, often rocky, descents are rarely a feature of cross country, adding a new challenge for runners to undertake. The challenge here is far more than simply a 10-second power climb followed by a brief downhill. It is an altogether exhilarating combination of tough running uphill, followed by flying downhill, always on the edge of what your body can handle.

With races lasting anywhere from 20 minutes to three hours and climbs themselves taking up to 40 minutes in some longer races, fell races present a wholly different challenge to cross country. As the ever-increasing popularity of such events as the UTMB show, it is all about the challenge in the growing modern running community and it may be that cross country simply does not provide that challenge anymore.

Although fell running is slightly segregated to the northern regions of the country, accessibility here is not referring to geographical location, but the days on which races are held. Cross-country league races are generally held once every month throughout the winter. While this is only logical given logistical organisation needed for clubs to arrange events, the inability for athletes to compete outside of their club’s league is a major limiting factor to the appeal of cross country.

Fell running, however, takes on a very different approach. Gone are the nationally-organised leagues and in come the locally-organised, independently run races as clubs hold autonomous leagues throughout the course of the British summer. This provides athletes with a plethora of races in which they can participate.

As events are not only scheduled at weekends but also during the working week, would-be competitors are presented with even more chances to take on the challenge of the sport. In cross country if you miss a race then you are likely not going to be able to attend another event for anything up to a month, which many can find demoralising, particularly when searching for motivation and enjoyment over the winter months.

THE LACK OF PERFORMANCE CONCERNS

One aspect of fell running which is exceptionally popular with runners is the distinct lack of a performance-based culture. At cross-country races every racer is focused on their club’s performance and positions are everything in the fight to remain in their current division.

Fell running is markedly different. It is about getting back to nature. It takes you off the beaten paths, away from the towns and cities and back to the traditional roots of the UK. For the majority, fell running is about personal enjoyment and camaraderie, not placings and times.

It is certainly a challenge to get through, but it is more about your own enjoyment of overcoming this challenge, rather than painfully pushing yourself through it.

This is summed up in the prizes given out at races. Gone are the medals and in come the bottles of beers, homemade cake and baskets of fruit.

I may have presented several reasons behind the rise in popularity in fell running as compared to the relative successes of cross country. How cross country can go about changing any of these aspects which have now become so ingrained in its very nature is unclear.

It is not cross country’s fault it has developed these characteristics. In fact it is to its credit that it remains a stalwart part of the British running culture. However, as both of these disciplines seek to engage with an increasingly active British public, rising high off the success of Team GB at the London 2012 Olympics, it is easy to see why many are turning toward fell running for their weekly dose of racing.

One thing is for sure – if you ask me whether I would choose a fell race or a cross-country race to take part in, the answer would be easy.