A White Horse Harrier in Amsterdam 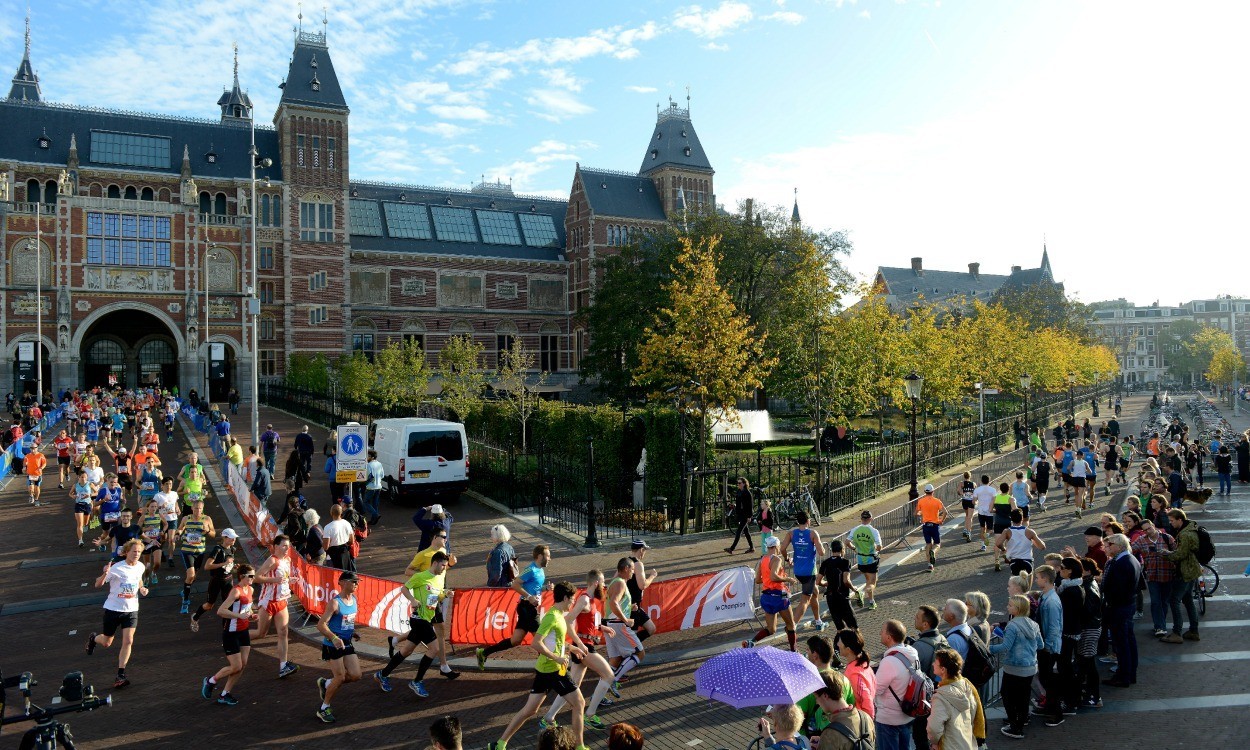 Alex Mills blogs about his 26.2 mile debut at the TCS Amsterdam Marathon

Almost everyone who has run a marathon describes it as the biggest challenge they have ever endured, so I feel like I am merely echoing the proverbial cliché when I say that is how I felt on Sunday as I took on Amsterdam’s 26.2 miles.

As soon as the starter’s klaxon sounded around the Olympic Stadium and I followed the mass off the track and on to the roads of the Dutch capital, I knew it was going to be a big test.

I ran for three and a bit hours, through aches and pains, cramp, dehydration and ultimately relief. Despite the hurdles that I, like so many others, had to overcome during that day, it is now almost impossible to not look back on the achievement without a huge sense of satisfaction and view elite runners with an even greater level of respect.

For an amateur runner like myself there is of course no way of simulating what Dennis Kimetto or Paula Radcliffe went through to become the very best in the world, but this run has at least helped me to appreciate what they had to put their bodies through to get there.

Whatever training I put in beforehand, however many miles I ran, I knew that running the Amsterdam Marathon was always going to be a huge trip into the unknown. Not only because I’d never run the distance before, but there were many extra things to consider, from the change from miles to kilometres to ensuring that I ate the right food beforehand. So many things had to be taken on board without much prior experience.

So when it turned out to be my pacing that let me down, although I was slightly disappointed I was glad that it had not been one of the other random factors.

After going through 5km in around 19 minutes, I went through 10km in 38 minutes and 15km in 58 minutes. While it was reassuring to know I could run that fast whilst spending most of the time awkwardly trying to overtake people, it perhaps wasn’t the prime race to be doing it.

After reaching the 21km mark in 1:24, a struggle ensued. What followed was a dependency on the water stations for both replenishment and as a marker of my progress.

Having just about managed to drag myself round, I came to 35km in 2:30 before having to embark on a final 7km which I can honestly say was the toughest thing I have ever done.

Luckily I made it back to where it all started – the Olympic Stadium – in under 3:10 and although the 200m finish on the track felt like 10,000m, the pain was only temporary. 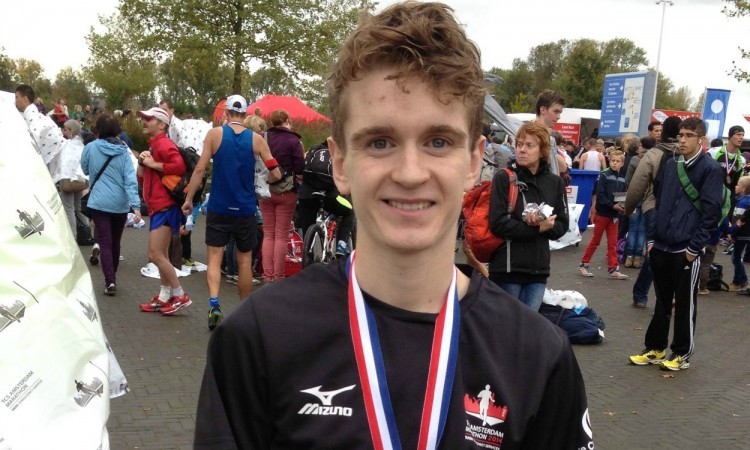 Some might wonder why I chose to run my first marathon outside of England in a place where the metric system was different. My reasons are simple. I wanted a race that had a big field, a good route (including an Olympic stadium) and was of a high prestige. So when both London and Berlin were full I figured Amsterdam, still one of the world’s top 10 marathons, was my next best option.

As for the kilometres; until the day of the expo I hadn’t really considered that this would be how they would mark out the course and so after some last minute conversion calculations all seemed fine.

Another aspect of the race I was not aware of beforehand was the diversity of the participants. In total 92 nations were represented in the event’s three main races with almost 40% of entrants coming from outside Netherlands.

While I’ll never know whether the rest of that percentage’s reasons for taking part were similar to mine, I’m almost certain that they must have been just as motivated to overtake me by seeing my White Horse Harriers vest as I was when I saw the blue and white of Vale of Aylesbury.