Where are they now? TONY JARRETT 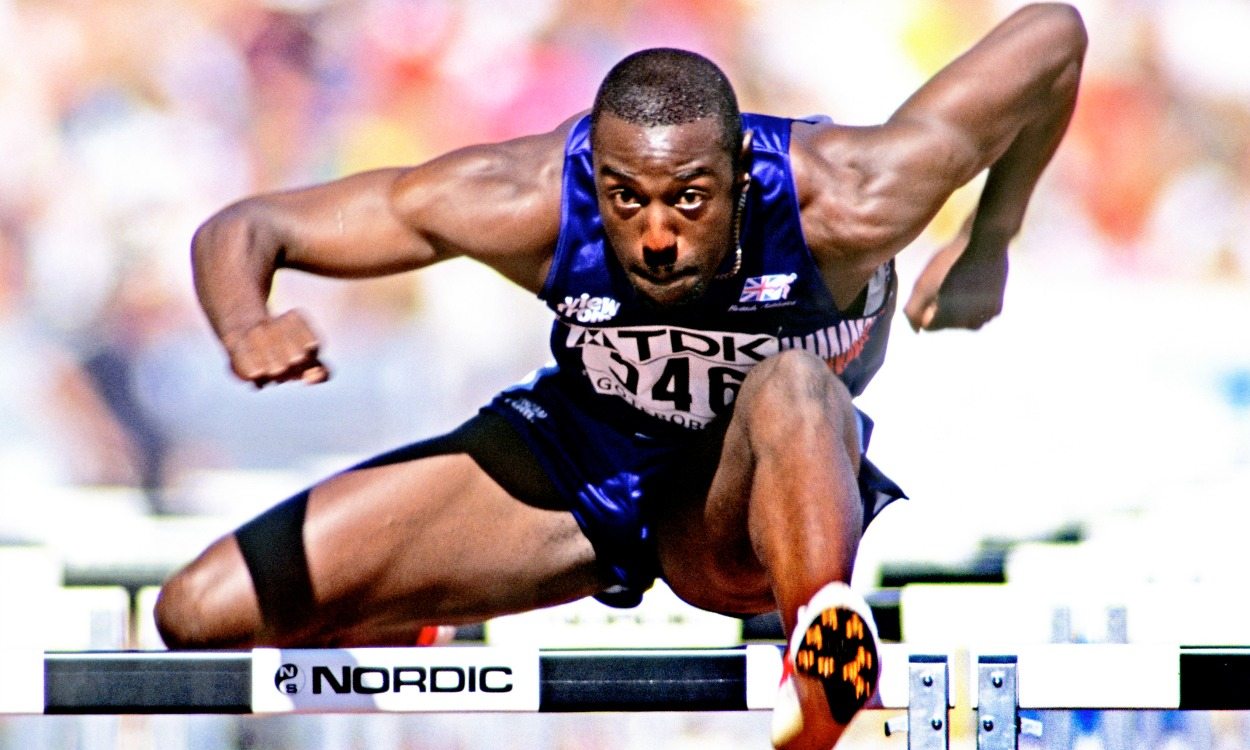 World sprint hurdles medallist Tony Jarrett, greatly underrated during his career, tells AW how he has moved on with his life

Tony Jarrett retired from athletics in 2003 when he pulled a cruciate ligament in his knee. However, the man who still sits second on the UK all-time 110m hurdles list courtesy of his 13.00 clocking, set when placing runner-up to Colin Jackson in the IAAF World Championships in 1993, wasted no time in finding something else to do, as he quickly began working as a learning mentor in a school, a role he still does today, alongside public speaking and coaching.

“I have been working as a learning mentor at Kingsford Community School in Beckton for 13 years now,” says Jarrett. “I had been helping the PE staff out and I was very fortunate that they gave me the opportunity to go into the classroom. I really like the one on-one approach that my role entails. I work with the behavioural kids and I see my job as trying to make them understand that education is important. Not every kid is academic, but I want them to see that they can leave school with something. It is very much about getting them to get the best out of themselves.”

As a Christian, Jarrett also gives talks to schools and churches. He speaks to church groups about how his faith helped his athletics, while he tries to inspire the school-age youngsters to reach for their goals. “I love public speaking,” he says. “The kids don’t know who I am, so I show them a clip of some of my races, take out one of my medals and they love it.”

In addition to his day jobs, Jarrett coaches a diverse group of athletes, ranging from youngsters up to those with Olympic aims, at Beckton, Newham and Lee Valley. He says that when he retired from athletics, coaching was far from his mind. However, former 1985 European indoor 60m champion and 1988 Olympic 4x100m relay silver medallist Mike McFarlane asked him to help out with the hurdlers, one of whom was Gianni Frankis, who has since gone on to claim medals at European junior and European under-23 level and was British 110m hurdles champion in 2011 and 2013.

“I miss the competitive side of things and the camaraderie, but I don’t miss the training”

Jarrett takes up the story: “Gianni was one of the athletes that Mike asked me to work with that day. Initially, I thought, ‘There is a lot of work to be done with the hurdlers taking over from me and Colin!’ A few weeks after this session, Gianni rang me up and asked me to coach him. He was my first athlete.”

He says that coaching does not come without its challenges. “I love it, but it is frustrating when an athlete is injured,” he says. “You have to console them and that is the hard part. When they are running a PB, however, it is rewarding.”

So when Jarrett sees his athletes running well, does he wish he was still hurdling? “I miss the competitive side of things and the camaraderie, but I don’t miss the training,” he responds with a smile. “I see my athletes before a meet and they are a bag of nerves. Sometimes I think, ‘Just let me run for you!’ I miss that adrenaline rush that you get from a race.”

Despite lying second on the UK all-time list, his career arguably received less attention than it would have done in a different era, due to the fact it coincided with that of fellow Briton Jackson, who beat him into second place on numerous occasions at major competitions, including at the World Championships, Commonwealth Games (twice) and European Championships, not to mention eight times at the national championships.

“I want to do more talks to try and inspire youngsters”

However, the 1987 European Junior 110m hurdles champion does not feel hard done by, as he totted up 12 senior international medals in sprint hurdles or as part of the 4x100m relay team throughout his career and he has the consolation of still having the fastest time by an English athlete.

“I saw Colin at the British Championships and the Anniversary Games, where he was commentating,” he says. “I also know athletes like John Regis, Clarence Callender, Julian Golding, Mike McFarlane and Donovan Reid, as I trained with them as an athlete. I was coached by John Isaacs.”

Clearly goal-driven, he finds it hard to motivate himself to exercise without that competitive impetus that he always had as a GB athlete. “My body tells me ‘yes’, but my mind tells me ‘no’,” he says. “As soon as it gets the slightest bit hard, a voice in my mind pipes up, ‘Jarrett, you don’t have to do this. There are no champs, no goals for you’.

“I need a goal in my mind. Without that, I just can’t make myself do it.

“I was eating healthily and pushing my body for 21 years, but I had a reason to do it. Now, I try to have a smoothie in the morning!”

Jarrett also likes to spend time with his wife of 15 years, Beverley and their two children, Gabrielle (10) and Noah (9) at their home in Romford, Essex. “They are good kids,” he says. “They keep me on their toes, but they are angels compared to the teenagers I am working with at school. They do a lot of activities, but we often have a movie night at home with popcorn. They love popcorn. I love being a husband and dad.”

Looking ahead to the future, it is clear that Jarrett wants to give back and help as many youngsters as he can, whether that be in sport, education or in a behavioural setting. “My passion is young kids,” he says. “I see how so many of them are easily led and I want to help them realise that they can learn and achieve something. I want to do more talks to try and inspire youngsters.”

However, he also thinks that government funding could go a long way. He adds: “God put me in this school for a reason. I see it as my role to find alternative ways to teach some of these kids, teaching methods that they can relate to and inspire them. However, we could do with some funding to make this more widespread and be able to implement it across more schools in order to reach and help more young people.”

Tags: Hurdles, Photograph by Mark Shearman, Tony Jarrett, Where are they now?