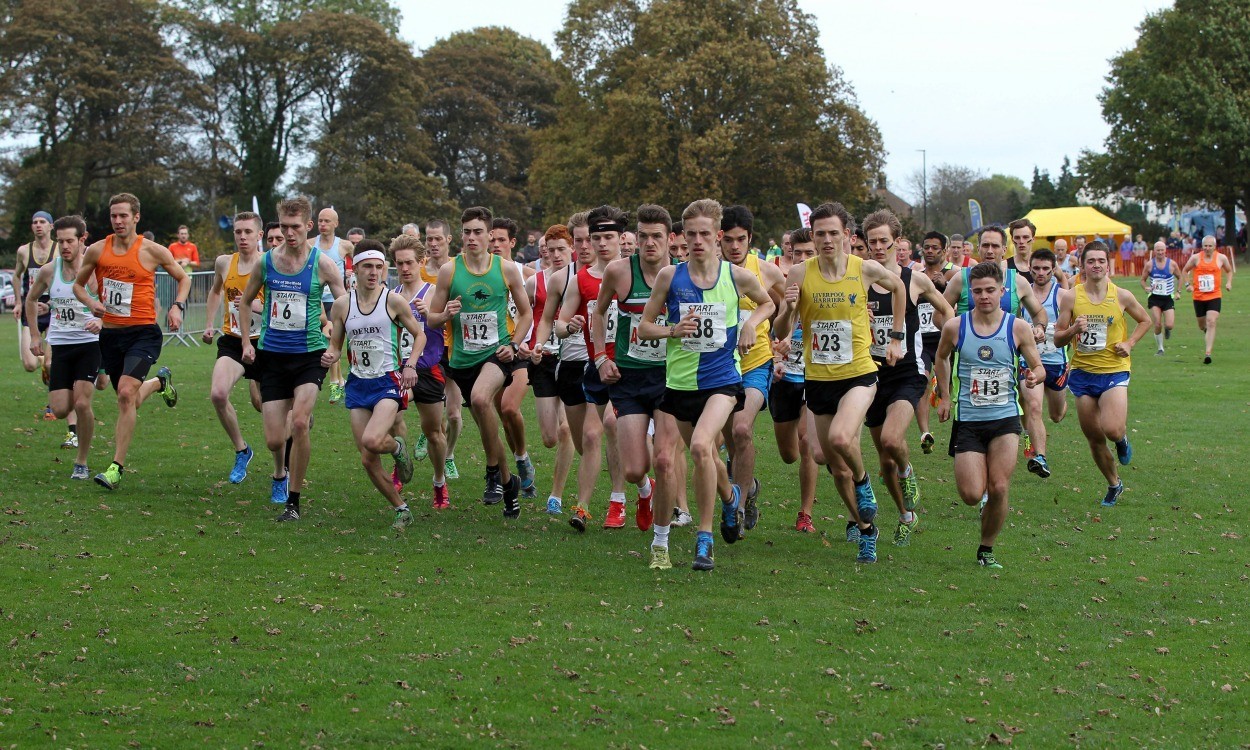 A round-up of performances from the past week, including area cross country relays and the Amsterdam Marathon

Liverpool’s young team were surprise winners of the men’s race, their standout performer being Daniel Jarvis, who advanced his team thirteen places up on leg two into a lead they were never to surrender. James McNally anchored his team home for an emphatic victory. Warrington’s squad were delighted to gain silver medals, one second ahead of Vale Royal. Quickest of the day was Andrew Heyes of Hallamshire; his 10:04 return brought his team within sight of the bronze medals.

The women’s race resulted in victory for local club Rotherham, who were anchored home by Robyn Lanceley for a 100m margin of victory. Holmfirth Harriers were second ahead of Rotherham’s B team. The fastest woman around the tough cross-country lap was Lydia Turner with a superb 11:35 which moved her Birtley squad up 14 places to third on leg two. The home team City of Sheffield enjoyed a productive day, winning titles in several of the younger age group categories.

Stephen Green’s full report and photographs by David Hewitson will appear in this week’s AW, out Thursday.

Wolverhampton and Bilston won the men’s event and Birchfield Harriers won the women’s. Phil Nicholls was the fastest man and Nichola Sykes the quickest woman.

The M50 title went to the 1980 AAA junior steeplechase champion Tom Conlon who had won the senior race in 1982.

More details and Ray O’Donoghue photographs will appear in this week’s issue.

British student Matthew Clowes won the 8km race in 24:50.2. The sub-1:50 performer from Staffs Moorlands is unbeaten in his three collegiate races this autumn and he won by half a minute.

In one of Britain’s premier and fastest and long-standing 10 mile races, Steph Twell retained her women’s title in 56:05, over a minute down on her last year’s winning time, where conditions were more favourable. She won by half a minute from Perendis Lekapana and 100 seconds down on her time last year in third was former European under-23 cross-country champion-turned triathlete Emma Pallant.

Fourth was 2008 Olympic marathon sixth placer Mara Yamauchi who hadn’t raced for over a year with a quick 57:55 clocking.

A full report will appear in this week’s issue.

There were half-marathon wins for Joel Kimutai in 61:39 and Polline Wanjiku in 70:48.

You can read a more in-depth online report here, while there will be full coverage and Mark Shearman photographs in this week’s issue.

The women’s race was won by Ethiopian Mula Seboka in a near course record 2:23:15.

Abraham Cherono ran the fastest half-marathon for two years when he ran a Spanish all-comers record of 58:48. Kenneth Kipkemoi was second in 59:01.

» The above events, plus lots more, will be included in this week’s edition of Athletics Weekly magazine, on newsstands October 23