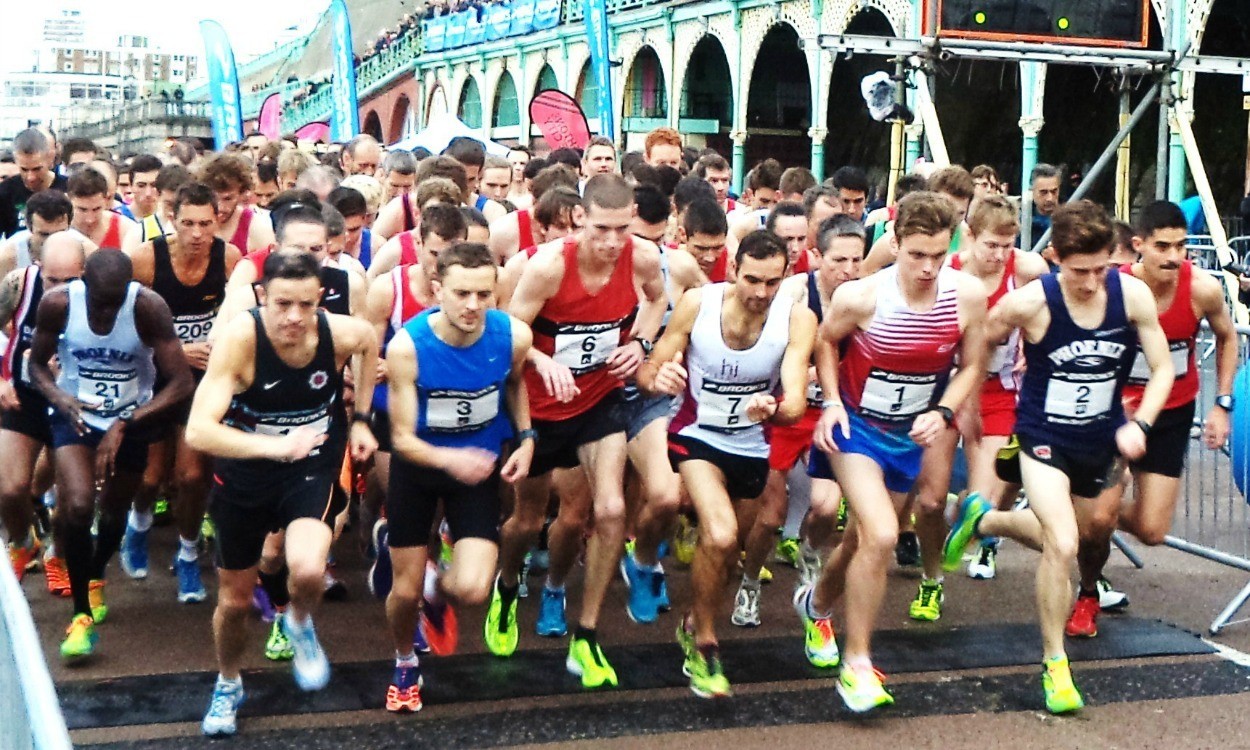 A catch up on recent results including those from the Brooks Brighton 10km, Leeds Abbey Dash and cross country action both in the UK and overseas

The race was one of the strongest races in depth seen in Britain with 288 runners inside 34 minutes and 47 women bettering 37 minutes.

Andrew Butchart continued his good form to win in 29:18 from fellow Scot Callum Hawkins and he goes second in the UK rankings.

Steph Twell won the women’s race in a PB of 32:30 to go also second in the UK rankings while Eilish McColgan (33:04), Rhona Auckland (33:05) and improving veteran Emma Stepto (33:11) also set PBs. It was McColgan’s competitive debut over the distance.

» Find further details in this week’s issue of AW, on newsstands Thursday

There were wins in this 10 mile road race for Ethiopian Tadele Geremew of Elswick Harriers in 49:48 and Alex Sneddon in 59:42.

In her second marathon, Japan’s Tomomi Tanaka won the event which looks like it was run for the last time in a sprint finish in 2:26:57 to deny Kenyan Philes Ongori.

Reia Iwade made a great debut in third in 2:27:21 to become the fastest ever Japanese teenager.

» Further details in this week’s AW

Kenya’s Jacob Kendagor clocked 2:08:37 to win in blustery conditions in the closing stages, while Namibia’s Beata Naigambo won the women’s race in 2:30:52.

Morocco’s Hafid Chani and Ethiopia’s Amane Gobena were victorious, with respective times of 2:11:53 and 2:28:46.

There were wins for former champion Dean Lacy and 17-year old Phoebe Law.

Law, the runner-up to Bobby Clay in this year’s Southern under-17 Championships, won the women’s race which was marred by the runners being misdirected off course.

Imane Merga outsprinted his team-mate Muktar Edris to win the men’s race in 27:39 and claim his fourth successive victory at this event.

It was an Ethiopian double as Belaynesh Oljira won the women’s race in 25:26 from Kenyan Mercy Cherono’s 25:34.

Lily Partridge was the leading Brit in ninth in 26:44.

British athletes filled the top four spots in the under-20 women’s race as Lydia Turner won in 13:07 from under-17 Harriet Knowles-Jones, Jennifer Nesbitt and Tessa McCormick.

The winners included National and Inter Counties champion Sabrina Sinha who won the under-17 race.

Alexandra Brown, who just lost out on the under-13 National title earlier in this year when she was pipped on the line made no mistake in the under-15 girls race.

» A report and photograph will appear in this week’s AW

There were British wins for Phoebe Wright in the Mountain Regionals at Albuquerque and for Kate Avery in the North East Regionals in the Bronx.

» More details in this week’s issue