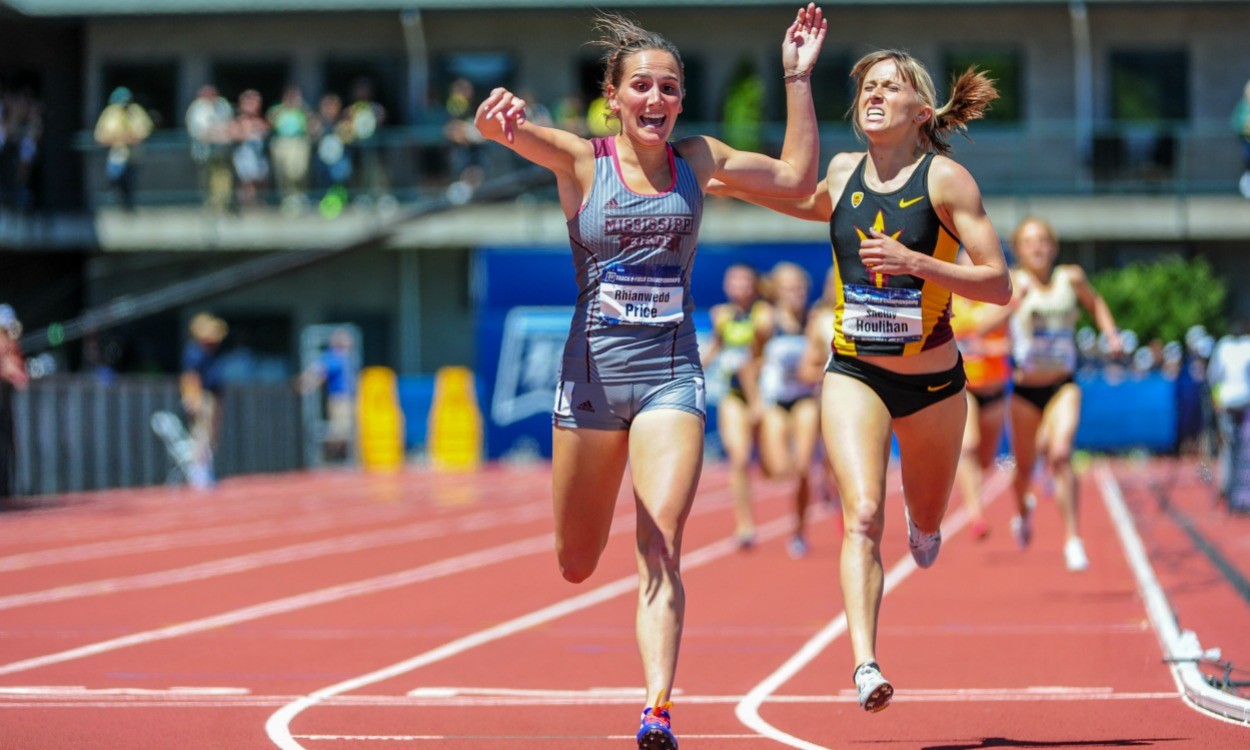 Diamond League action continued this week with meetings in Oslo and New York. You can find an online Oslo report here and a report for New York here.

Elsewhere, the area championships took place across the UK and there were a number of top performances overseas including at the NCAA Championships.

On a road course starting and finishing close to St Paul’s, New Zealand’s Julian Matthews won the men’s mile in 4:03.40 from Collis Birmingham and Tom Lancashire.

The top American finisher was Brianne Nelson who placed sixth in 33:07.

Jamaican Omer McLeod won the 110m hurdles in a wind-assisted 13.01.

Cross-country winner Kate Avery was fourth in the 5000m with 15:41.95, while Freya Jones was fifth in the javelin.

Ben Williams’ fourth place in the triple jump with 16.74m, Matti Mortimore’s seventh in the javelin with 72.44m and Zak Seddon’s eighth in the steeplechase were the top UK male performances.

Adam Hague won the under-20 men’s pole vault from Harry Coppell as both cleared five metres but Hague also won the senior title with 5.15m.

Scott Lincoln won the men’s shot by a big margin with a throw of 17.92m.

Taylor Campbell improved his British junior record in the hammer with a throw of 76.87m.

Britain’s David Hall finished fifth in the decathlon with a PB score of 7651 points as Czech champion Marek Lukas claimed victory with a 7892 PB.

Almaz Ayana ran 8:22.22 in the 3000m to set an Ethiopian record and African all-comers record.

Pawel Fajdek won the men’s hammer with a throw of 79.90m.

The 2013 junior Inter-Counties cross-country silver medallist Gordon Benson is among the winners so far as he claimed triathlon gold.