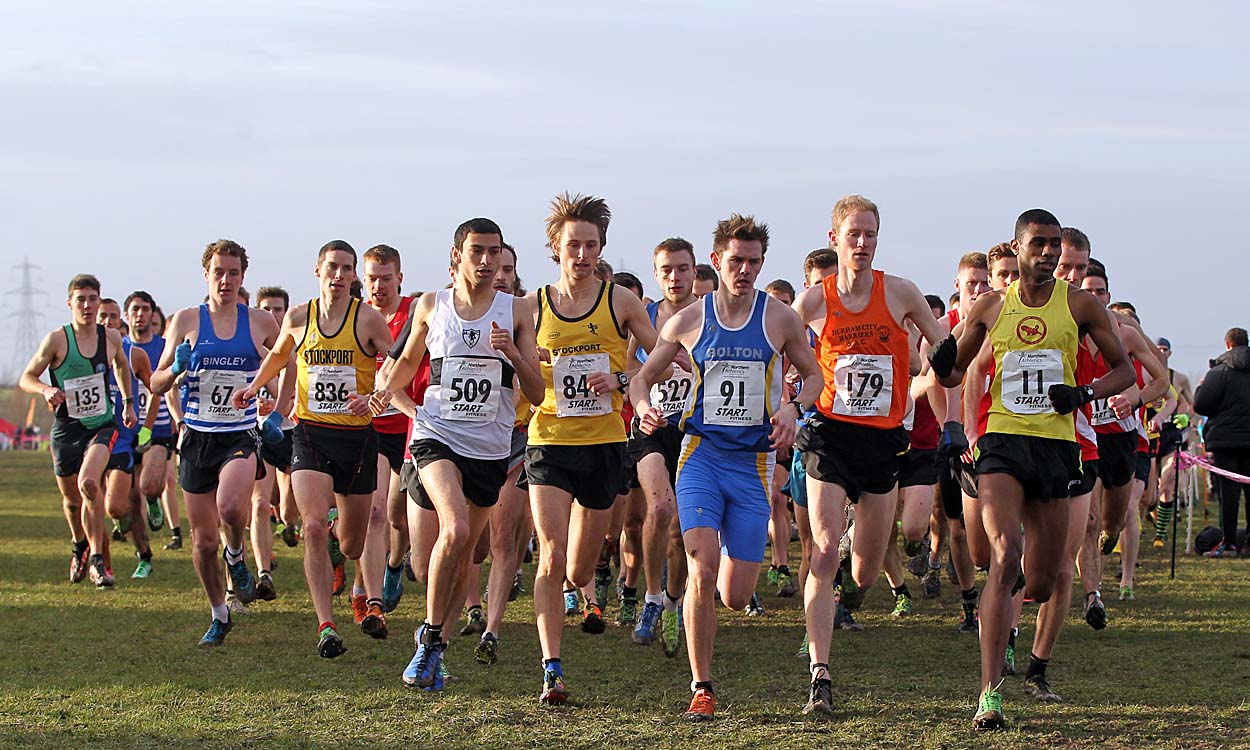 A look at some of the top performances from the past week including results from the area cross country championships, combined events in France and Netherlands and a win for Paula Radcliffe over 10km in Gran Canaria

As well as Sainsbury’s Glasgow International Match action this weekend (a report for which can be found here), there were a number of top-class events.

Welsh marathon international Davies had to overcome the challenge of Olympic triathlon champion Alistair Brownlee,  who had led until the closing stages. Davies had the strength in the mud and timed 37:44 for the 12km to win by six seconds from the Bingley athlete.

Vernon also had to fight a close battle with early leader Emma Clayton over 8km to gain her first area title, having been second in 2013. She clocked 28:12.

Dan Jarvis ran away from a tough field to win the junior men’s title, while Bronwen Owen was a class apart in the junior women’s race.

Harriet Knowles-Jones and James Gormley were both victorious in the under-17 events.

Alastair Watson won a close senior men’s race that saw the top five separated by 15 seconds. Watson, who was only 10th last year, timed 37:01 for the 12km.

On a tough course, just four seconds covered the leading quartet after 15km the senior men’s race. A strong finish saw Ben Tickner regain the title he won on this course in 2012 in 50:21.

Louise Damen easily took the women’s 8km in 29:22 to win by just under a minute.

Eritrea’s Teklemariam Medhin gained his third major cross-country win in a row, taking victory at the 72nd Cross Internacional Juan Muguerza in 33:02 over the 10.796 km course to win by just two seconds.

Mimi Belete of Bahrain beat world cross-country champion Emily Chebet of Kenya to win the women’s 6.624 km in 22:09 by four seconds. Lily Partridge was fourth in 23:07.

» Further details in this week’s AW

A young British team had a successful showing with eight of the 12 recording PBs.

Double world junior champion Morgan Lake competed in the under-23 event and came within the range of the British junior record as well as bettered Carolina Kluft’s world age-17 pentathlon best.

» Ian Grant’s report will appear in this week’s issue

Jessica Taylor finished as runner-up with an indoor pentathlon PB of 4249 points behind winner Eliska Klucinova from Czech Republic with 4531 points.

Aled Davies broke his own F42 shot put world record with a throw of 15.56m. It was one of four throws over 15.20m for the Paralympic, world and European champion.

Renaud Lavillenie, the 2014 World Athlete of the Year, set a world-leading pole vault mark of 6.00m for his best performance since he set a world record of 6.16m in Donetsk last February.

Adam Hague continued his top class vault form which has seen him break a number of records this winter with a 5.38m victory to win the B event.

Poland’s Konrad Bukowiecki threw a world junior indoor shot put record of 22.38m. The mark is yet to be ratified.

Ethiopia’s Lemi Berhanu won the men’s race in a 2:05:28 PB while his compatriot Aselefech Mergia ran 2:20:02 to win the women’s event. Kenya’s world half marathon champion Gladys Cherono crossed the finish line just one second later on her marathon debut.

Ukrainian Tetyana Gamera won for the third successive year as she set a national record 2:22:09.

Paula Radcliffe continued her build up to the Virgin Money London Marathon with a 34:16 clocking over 10km.