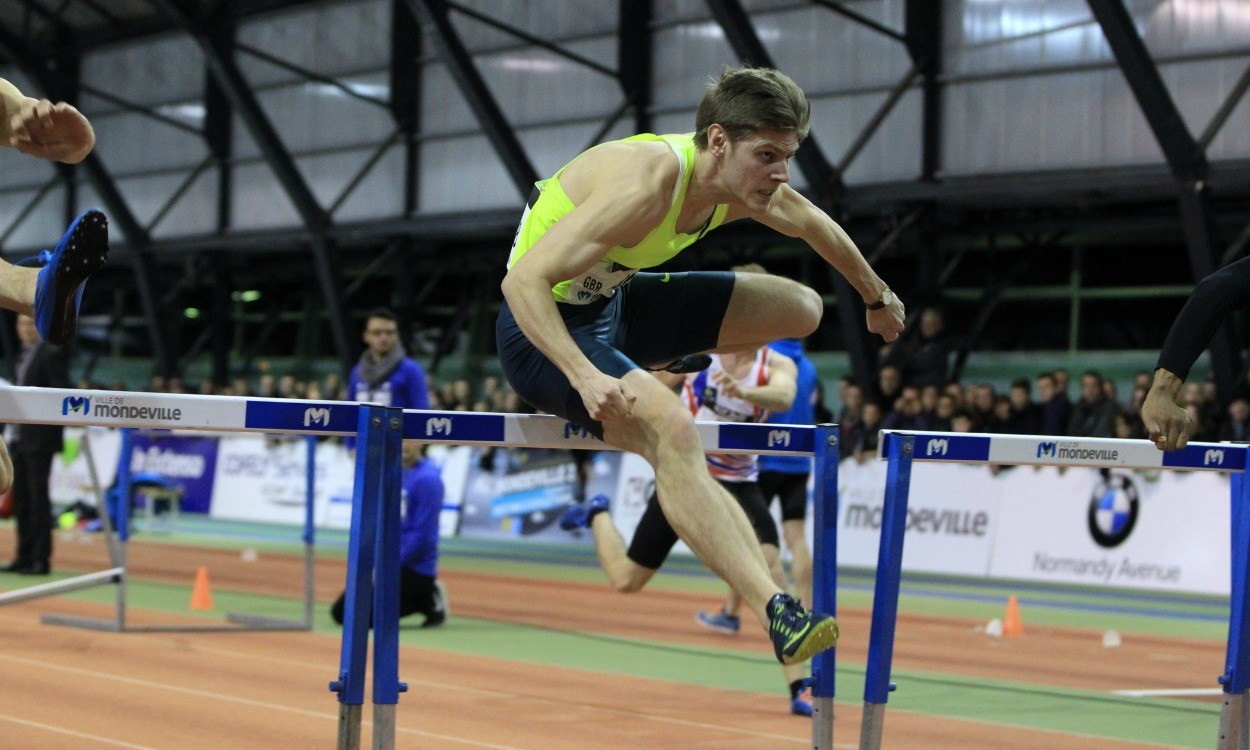 A round-up of some of the top performances from the past week including another 60m hurdles PB for Lawrence Clarke and a 1.89m high jump by Morgan Lake to equal the British U20 indoor record

Olympic 110m hurdles fourth placer Lawrence Clarke set a PB and UK lead of 7.59 in finishing second in the 60m hurdles which moves him up to ninth all-time in the UK. Ahead, Dimitri Bascou improved his 60m hurdles world lead to 7.51.

Serita Solomon clocked a 60m hurdles PB of 8.11 before finishing third with 8.16 in a final won by Alina Talay of Belarus in 7.98.

Double Commonwealth finalist Eden Francis won the shot with a throw of 15.94m.

Jenny Nesbitt and Adam Hickey won the senior events at Teardrop Lakes as a Cross Challenge fixture was held in Milton Keynes for the first time.

» Find an online round-up here, while more in-depth coverage will be in this week’s AW magazine

Olympic marathoner Scott Overall won the men’s race in 30:54 from leading junior Abel Tsegay to win a bet with a Blackheath and Bromley club-mate that if he ever did a Kent League event his vegan team-mate Richard Hall would have to eat a Big Mac burger!

Mohamud Aadan, the Middlesex cross-country champion, won the final League race of the season in 24:52. Naomi Taschimowitz won the women’s race in 25:28.

Cath Ansell won her third league race of the season in 31:07.

» A report will appear in this week’s AW magazine

Hayley Munn won the women’s race in an UK lead of 75:43 from 2008 Olympic marathoner sixth-placer Mara Yamauchi who ran 75:58 in only her third race since dropping out of the 2012 Olympics.

Toby Lambert regained the title he last won in 2010, claiming victory in 30:03 which is the fastest 10km by a Briton this year.

» Martin Duff’s report will appear in this week’s issue