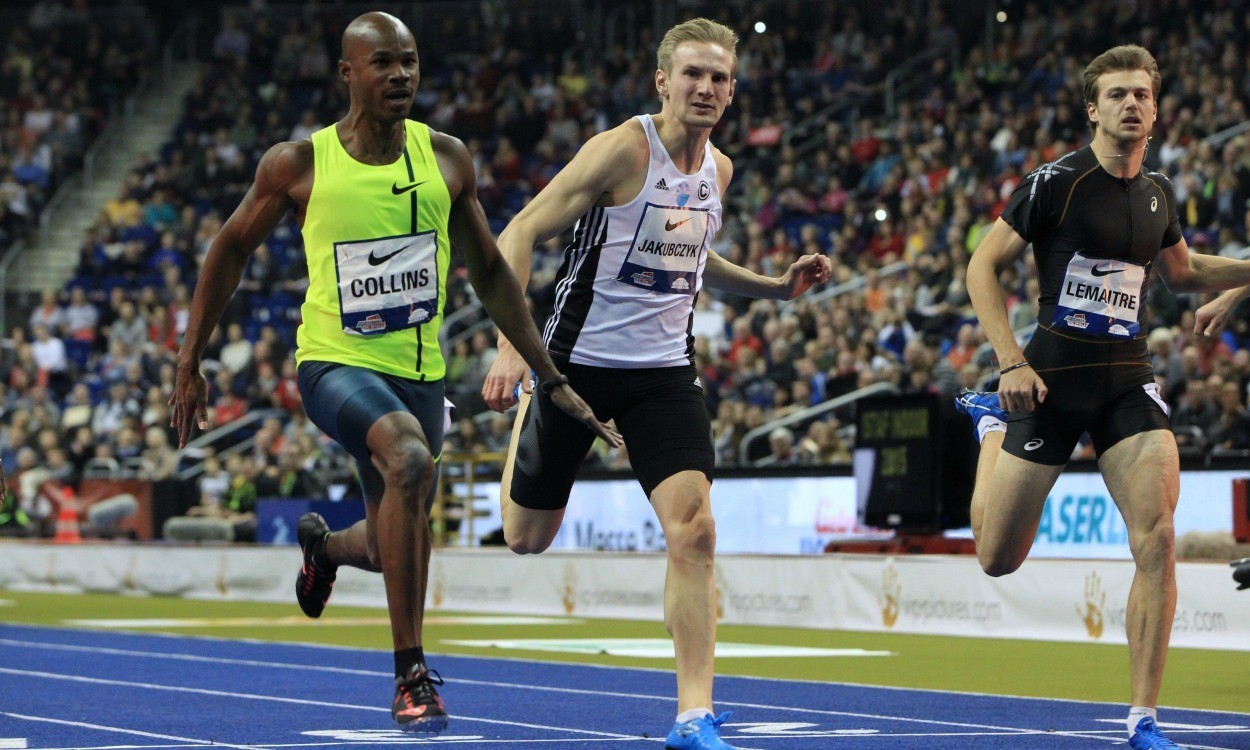 While the British Indoor Championships were taking place in Sheffield, Kim Collins maintained his unbeaten record this season over in Berlin and there was road and cross country action both home and abroad

You can find a report for each day of the Sainsbury’s Indoor British Championships via the links below, while the February 19 edition of Athletics Weekly magazine will contain 15-16 pages of photographs, reports and results from Sheffield.

In the men’s 60m hurdles Orlando Ortega equalled the world lead with 7.51, with fellow Cuban Dayron Robles second in 7.53 ahead of Aries Merritt with 7.58 and Dimitri Bascou who timed 7.60.

Kim Collins won the men’s 60m in 6.50 to remain unbeaten this season while double European sprint champion Dafne Schippers won the women’s 60m in a PB 7.09.

» Further details and a photograph will appear in this week’s Athletics Weekly magazine, out Thursday

There were world leads for Homiyu Tesfaye in the 1500m as he ran a German record 3:35.71 and Alina Talay of Belarus in the women’s 60m hurdles with her 7.88 victory.

Matt Centrowitz won the mile in a world-leading 3:51.25 to narrowly beat Nick Willis’s Oceania record of 3:51.46, with Bernard Lagat destroying the world masters over-40 record with a time of 3:54.91 in fourth.

There were also world leads in the 3000m for Sally Kipyego with 8:41.72 and in the 60m hurdles for Aleec Harris whose 7.50 improved the time from Berlin earlier in the day.

Florence Kiplagat clocked 65:09 to improve her own world half marathon record by three seconds. Read more on her world record-breaking performance here.

Kenya’s Mary Keitany won the women’s race in 66:02 to beat Ethiopia’s Mamitu Daska who ran a national record of 66:27.

Morpeth Harriers regained the men’s title in a course record 65:27.

Lewis Timmins, who ran their first leg in 10:33, ran the fastest time.

The men’s 12km race was won by Bedan Karoki. World champion Japhet Korir was outside the top 20.