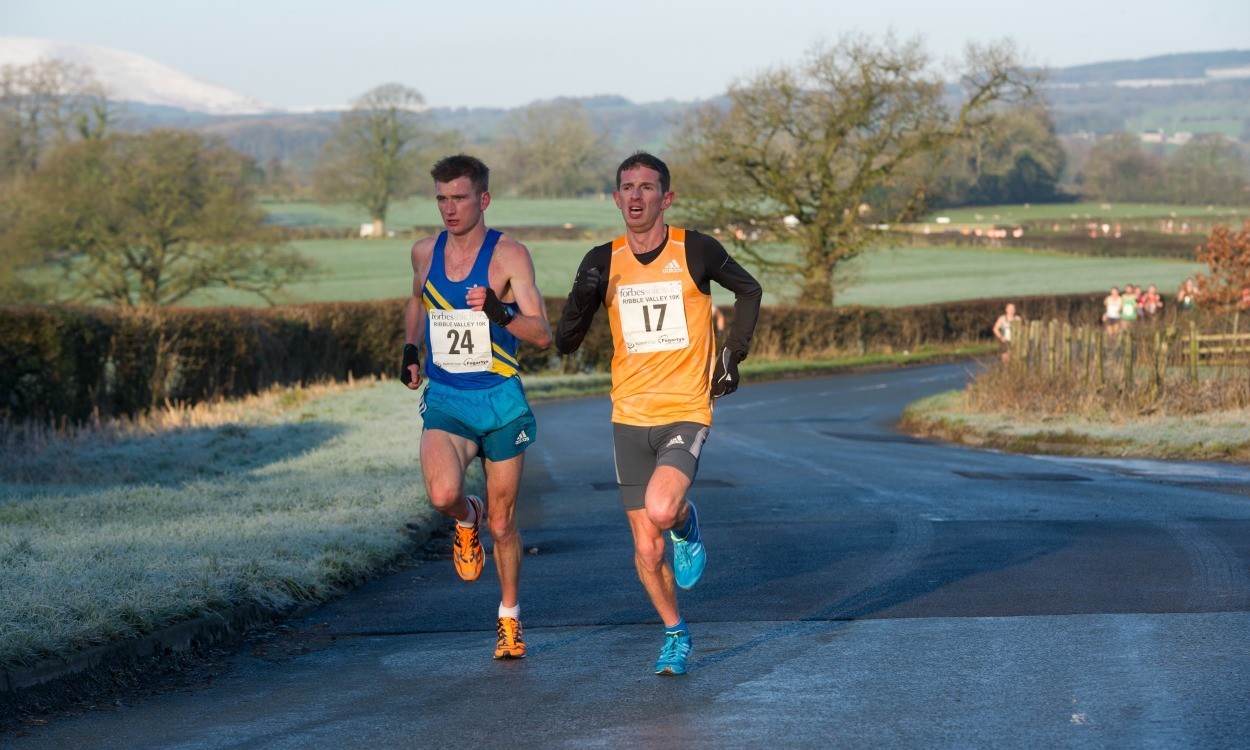 There was not a huge amount of action over the festive period, though John Beattie and Rebecca Robinson were among those to enjoy victories as they won the Ribble Valley 10km on Sunday.

In the last big 10km of 2014, John Beattie and Rebecca Robinson repeated their victories from Telford two weeks earlier.

Beattie won in 30:01 from Derek Hawkins and Simon Deakin while Robinson was first woman in 33:54 from Alison Lavender and Heather Sellars.

Heavy snow prevented some competitors from making the event won by John Franklin in 39:00. He enjoyed a 41 second victory over Daniel Chan in the senior men’s race as under-20 Luke Cotter finished a further two seconds behind.

Stephanie Burns won the senior women’s event in 31:16. Junior Hannah-May Fletcher led the women’s race though her event was shorter than the senior event.

London and South of Thames champion Dean Lacy and Clare Elms warmed up for the Kent Championships with victories.

The former county champions on the country won easily with Elms gaining her 53rd and last win of 2014 in her 90th race, where she has been unbeaten in her W50 age group.