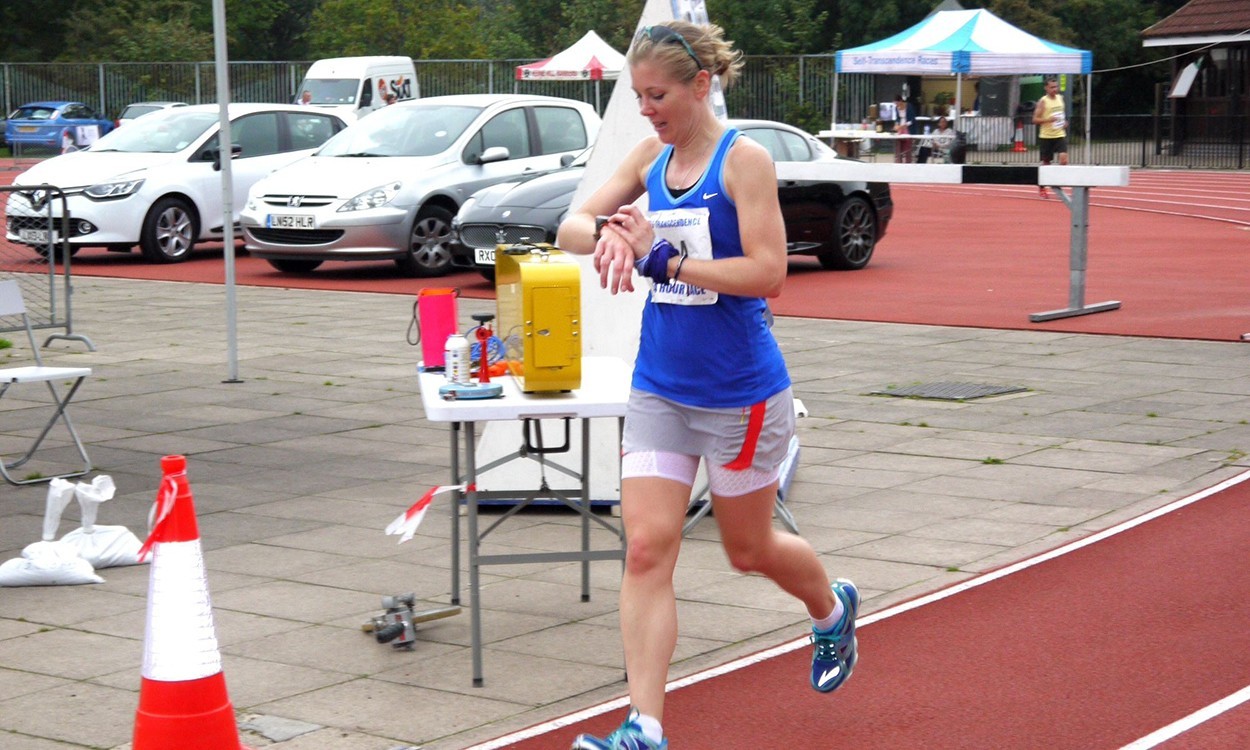 The distance of 130.9637km recorded by Ross bettered the previous record set by Debbie Consani by nearly 2 km. Debbie, who was there as support for her husband Marco, was one of the first to congratulate her friend and occasional training partner.

It also puts Ross in second place on the GB all time 12 hour rankings with only Eleanor Robinson having run further.

Consani finished with a distance of 256.531km. It moved him into second place on the all-time Scottish 24 hour rankings, behind Don Ritchie and into eighth on the the all-time GB rankings.

Fionnuala McCormack of Ireland won the women’s 6km in 20:07,  seven seconds clear of runner-up Maureen Koster of the Netherlands. Louise Small was the leading Briton in sixth. McCormack had previously finished second or third four times.

Kent AC dominated the event in terms of gold medals. John Gilbert won the men’s race and led his team to victory while clubmate Amy Clements won the women’s race. They narrowly lost out in the women’s team event though to Dulwich Runners.

A full report and Jeremy Hemming’s photographs will appear in the next issue.

There was a clear win for Owain Jones in 32:07 and Charlotte Green won the women’s race in 24:28 from top veteran Emma Stepto.

Ryan McLeod gained his fourth victory in the event winning over the tough course in 31:28, almost a minute clear of Carl Smith. Ryan’s father Mike had won the event 16 successive times between 1974 and 1989.

A full report from Les Venmore and photographs from David Hewitson will appear in the next issue.