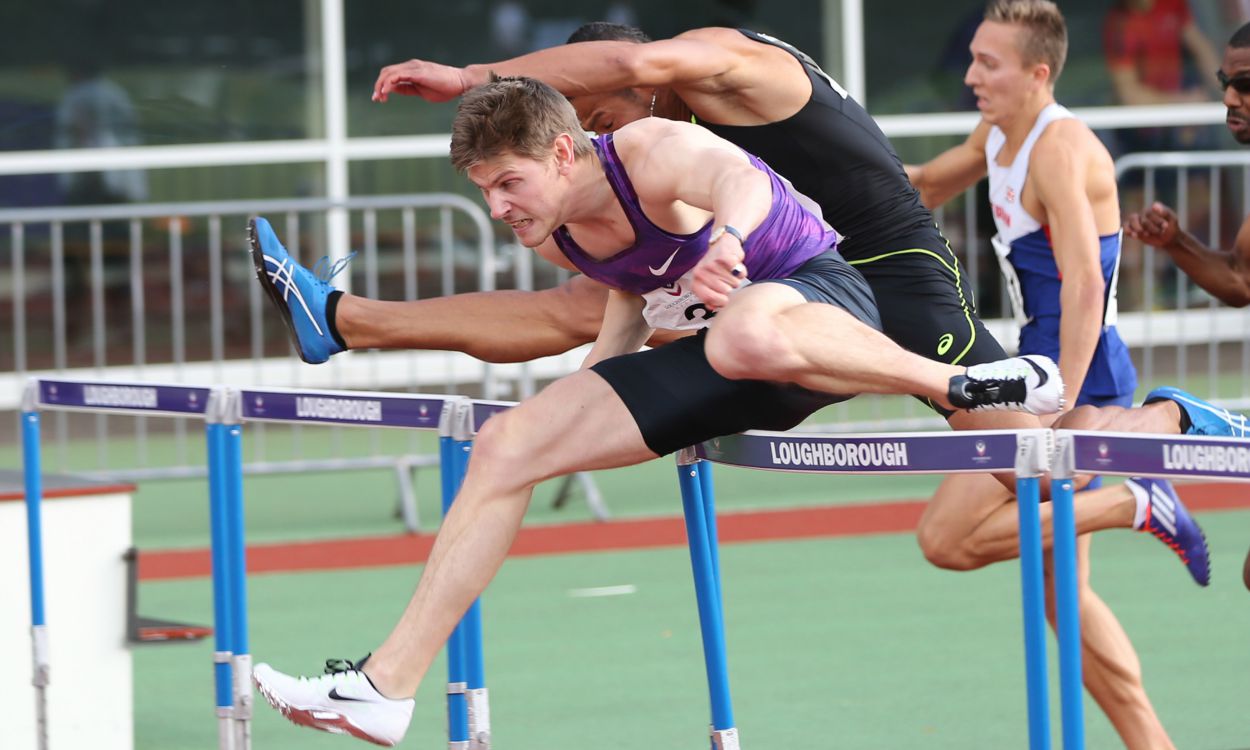 Highlights from another super-busy weekend of peak summer athletics

It was another busy weekend with major action at the European Junior Championships, IAAF Youth Championships, the Diamond League at Monaco and the Morrisons Great Newham London Run.

Harry Aikines-Aryeetey won the 100m in 10.16, with Sean Safo-Antwi sharing the winning time.

Martyn Rooney won the 400m in 45.58, while in the 110m hurdles Lawrence Clarke (pictured above) won in 13.44 and David Omoregie equalled his season’s best of 13.55 in winning another heat. Triple world finalist Will Sharman improved his season’s best after early-season injury to 13.71.

Brett Morse won the discus with 63.06m. Serita Solomon won the 100m hurdles in 13.11. Meghan Beesley improved to 13.21 in second. Goldie Sayers made her season’s debut in the javelin and went top of the UK rankings with a 59.53m victory.

» A fuller report and David Griffiths’ photographs will appear in the next issue of AW.

There was a clear shot win for David Storl with 21.68m. In the women’s event China’s Gong Lijiao won with 20.34m, defeating Christina Schwanitz, who threw 20.08m.

Angela Copson became the oldest ever woman to break six minutes for one mile when the 68-year-old achieved the feat in the Inter Area match.

» More details in the July 23 issue of Athletics Weekly.

Elliott Giles continued his improvement to win the 800m in a PB 1:47.74. World masters 800m record-holder Anthony Whiteman finished third in a season’s best and UK Masters lead of 1:48.81.

» Kevin Fahey’s report from Oxford will appear in the July 23 issue of AW.

While England dominated, Ireland had one of the most dominant boys winners as high jumper Ryan Carthy Walsh won by nine centimetres with a 2.07m victory while Scotland’s Erin Wallace won the girls 1500m in a PB 4:30.80.

» More in the July 23 issue of Athletics Weekly.