The only way is up for Isobel Pooley 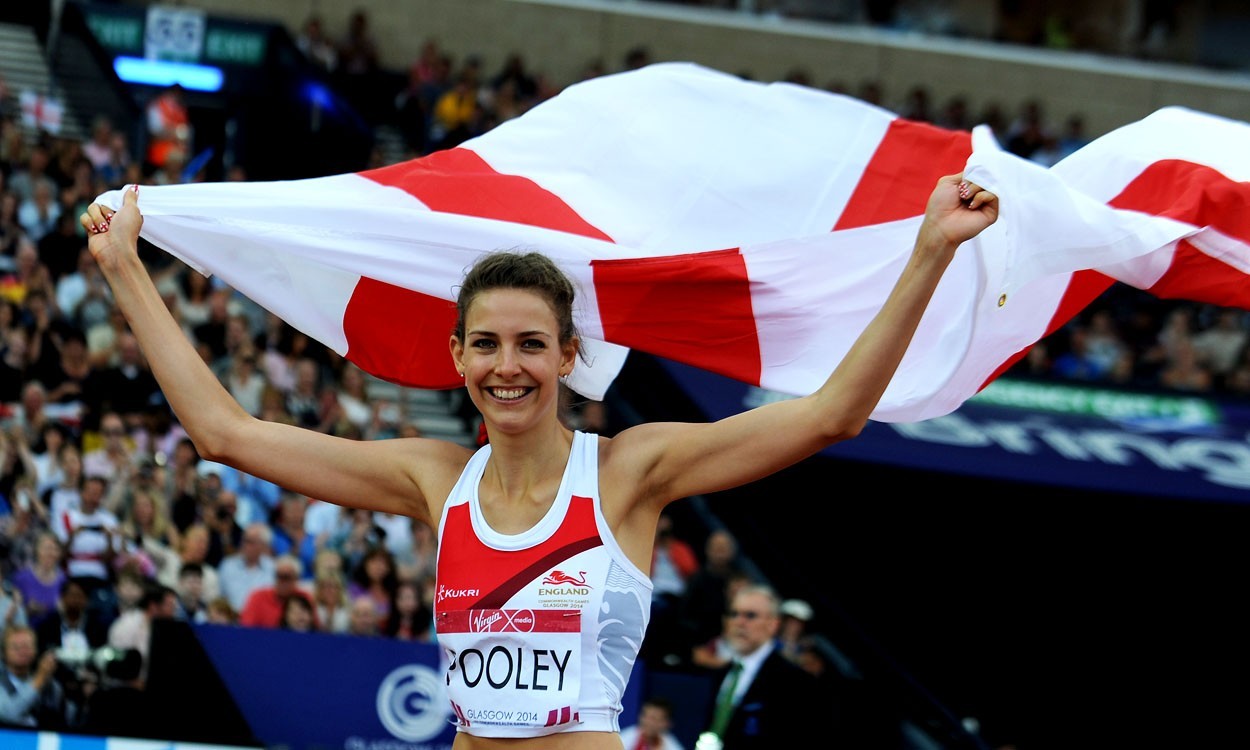 “Onwards and upwards” has been Isobel Pooley’s mantra ever since that attitude was instilled in her by her first coach, George Male.

The high jumper explains: “He always said ‘onwards and upwards’ because we had a very cheerful, can-do attitude. You can only do the best you can on the day and if things don’t go well you can only look forward. If you dwell on the negatives in high jump you’re shooting yourself in the foot.”

It explains Pooley’s ever-present smile, which only briefly subsides after a failure, and she adds that it was this that helped her to her UK record in Germany at the end of August. She needed three attempts at a PB height of 1.94m before having another two failures at 1.96m and she told herself: “I’ve got another chance. I’m not going to squander it.”

Clearing 1.96m on her final attempt, she erased from the record books the names of Diana Davies, Jessica Ennis-Hill and Susan Moncrieff, who shared the previous outdoor mark at 1.95m. She also equals the indoor record height cleared by heptathlete Katarina Johnson-Thompson in February.

UK record-holder is a surprising label for someone who before she took up athletics classed herself as terrible at sport. “I was incredibly uncoordinated, gangly, prone to hitting people with my hockey stick, tripping over my feet playing football or whatever,” she recalls.

“Consequently, I always had the humiliation of being picked last for the teams, so I wasn’t that fond of team sports. The individual nature of athletics definitely appealed to me,” adds Pooley, who went to her local track at the age of around 12.

Now studying at Nottingham University, she has moved from Hampshire to train in Loughborough under renowned high jump coach Fuzz Ahmed. “Leaving George was a very hard thing to do,” she says. “I was so fond of him and the set-up we had at home, but Loughborough provided the elite level of training I was going to have to access if I was going to move forward.”

The professional set-up at Loughborough has truly paid dividends this year after last season she improved her PB by a centimetre to 1.91m.

Aside from the record she also won silver at the Commonwealth Games and reflecting her “onwards and upwards” motto she believes she can go higher.

“By no means was the 96 a perfect jump,” she says. “I can find fault with it. Moving forward that needs to be the baseline in the next couple of years and then hopefully two metres is within my grasp.”

When it comes to future ambitions, she is keeping her feet firmly on the ground – figuratively speaking. Her website lists her targets as qualifying for the World Championships and Olympics in the next two years and making the final of the 2017 World Championships. She says the 1.96m jump, which put her equal 13th in the world, has not changed much in that respect.

“Challenging for the final in Rio might be more realistic now, but I’m very keen not to make a massive leap in assumptions. I’ve got a lot of work to do this winter and I’m not resting on my laurels.”