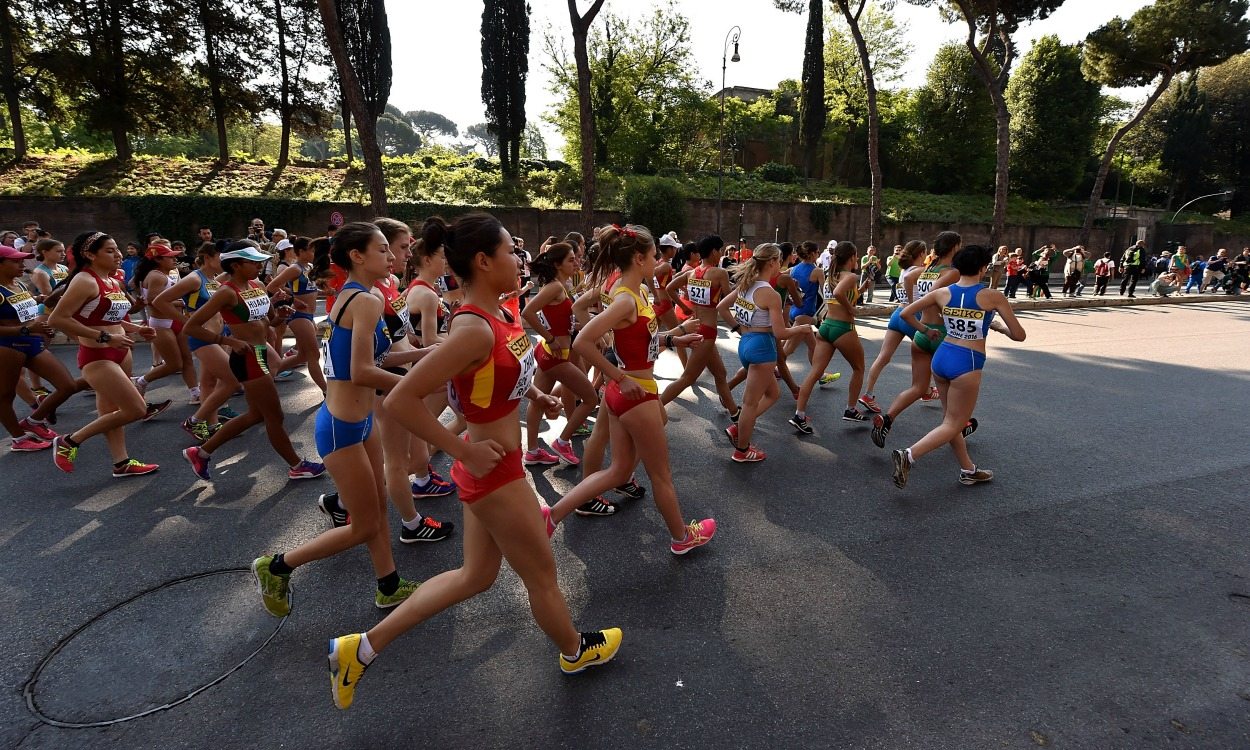 Britain’s Callum Wilkinson finished a fine fourth in the junior men’s 10km event, while Italy’s Alex Schwazer returned after his doping ban to win the 50km race in Rome

Callum Wilkinson was a brilliant fourth in the junior men’s 10km at the IAAF World Race Walking Team Championships in Rome from May 7-8, reports Ian Richards.

This is the best British result in the World Race Walking Team Champs since 1979 and Wilkinson was just an agonising one second away from the podium as he took a minute of his national record to clock 40:30.

The 19-year-old made a positive start leading the front group around the opening laps, passing halfway in 20:24 in a group of seven. The crucial break came at 8km when Wilkinson, China’s Zhang Jun and Mexican Noel Chama moved away from the field. Wilkinson fell off this group at the 9km point and was passed by Spaniard Manuel Bermudez.

Zhang took control on the last lap, with Bermudez moving into second ahead of Chama. Wilkinson made a brave bid over the last 150m on the track and was closing rapidly on the bronze medallist Chama (40:29) as Zhang won in 40:23 from Bermudez (40:27).

Wilkinson’s time also moves him to third on the UK senior all-time list.

“That was a brilliant race and it was great to be in the mix for the medals,” he said. “I am gutted to finish fourth but at the same time I could have not done any more. This sets me up brilliantly for the World Junior Championships.”

He was supported by Guy Thomas who was 19th in a personal best of 42:55 and Cameron Corbishley who was 25th in his second fastest ever time of 43:27. This saw the GB team finish fifth and top European team as Mexico won the team title.

In the senior men’s 20km, multiple British record-holder Tom Bosworth found the going tough on a course that featured a number of tight turns.

He made a positive start and was part of big leading group of 40 athletes that passed the 5km mark in 20:24. Dominic King was 98th in 21:39 through the same point. As the pace picked up at the front, Bosworth was just behind the leading group passing half way in 40:46 in 33rd place, as China’s Cai Zelin led a pack of 28 through this point. Bosworth was able to rally in the closing laps to come home in 34th in 82:55.

“I had a bit of niggle in my hip which wasn’t helped by the tight turns on the course,” he said. “I had hoped for more, but this is still a solid performance in a very high quality field. I will now concentrate on securing my place in Rio at the Olympic trials in Leeds on June 5 and then look to improve on my placing significantly in Rio.” King was disqualified.

China took the team title from Canada and Ecuador. There was still a large lead pack of 25 at the half way point reached in 40:27. The Chinese duo picked up that pace, passing the 15km point in 60:09 as the lead group was reduced to nine.

In the junior women’s 10km, Britain’s Emma Achurch had a solid race to clock 48:58 for 23rd position. The race was dominated by the Chinese duo of Ma Zhenxia and Ma Li, who had to be split by a photo finish as they both desperately sprinted for the line.

Ma Zhenxia was given the verdict as they both clocked 45:25. Mexico’s Valeria Ortuno, who had stuck with the Chinese duo until the final stages, was rewarded with a bronze medal in 45:28. China took team gold ahead of Mexico and Australia.

The senior women’s 20km saw Britain’s Bethan Davies make a positive start and she was sitting in 30th place during the opening laps but was disqualified before the 5km point. China again took the title with Liu Hong adding this win to her honours.

The world record-holder and two-time world champion led a pack of seven through the 5km point in 22:10. By 15km Hong had taken the lead and powered on to win in 85:59. Mexico’s Maria Guadalupe Gonzalez got silver (86:17) after Italy’s Eleonora Giorgi was disqualified on the last lap. Qieyang Shenjie was third in 86:49. China dominated the team event, with Australia in second and Columbia third.

The final event on Sunday – the 50km – resulted in a dominant victory for Italy’s Alex Schwazer who led Italy to the team title. Schwazer, who was returning from a doping suspension, was competing for the first time since 2012.

Schwazer finished ahead of Olympic champion Jared Tallent, clocking 3:39:00 to the Australian’s 3:43:36. Igor Glavan of Ukraine took bronze in 3:44:02. Italian athletes finished fourth and fifth to take the team prize, ahead of Ukraine and Spain.

Erin Taylor-Talcott of USA, who became the first woman to contest the 50km at this event, finished in 40th place overall in 4:51:08.