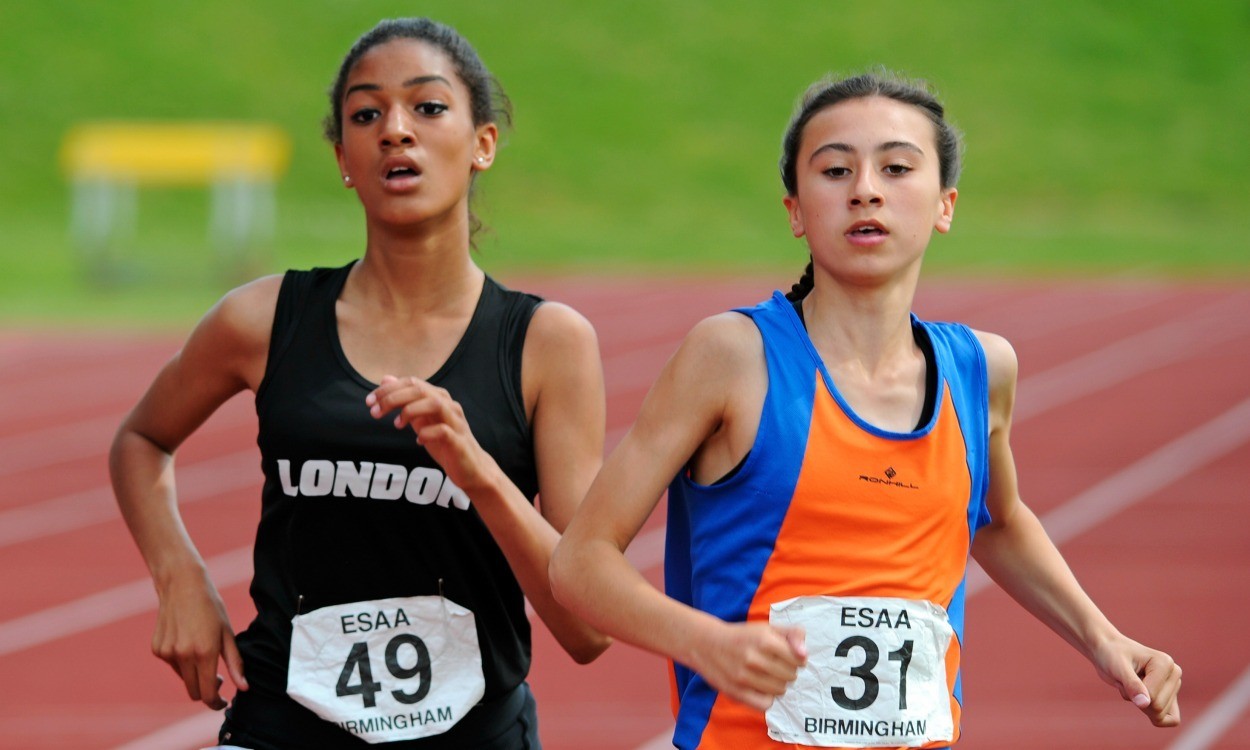 Beth Barlow (31) won English Schools junior girls 1500m gold on Saturday in a race which saw her battle with pre-race favourite Katy-Ann McDonald for the line.

It looked as though the finish was going to be very close to call but in the end London’s McDonald, fresh from a 4:27.72 PB set earlier this month, was disqualified after she appeared to block her Manchester rival who spotted a gap on the inside as the pair approached the line.

Barlow’s 4:30.39 was a five-second PB and more than enough for gold as athletes fought for minor medals – silver going to Hampshire’s Josie Czura with 4:35.98 and bronze to Somerset’s Sophie Hamilton with 4:38.63.