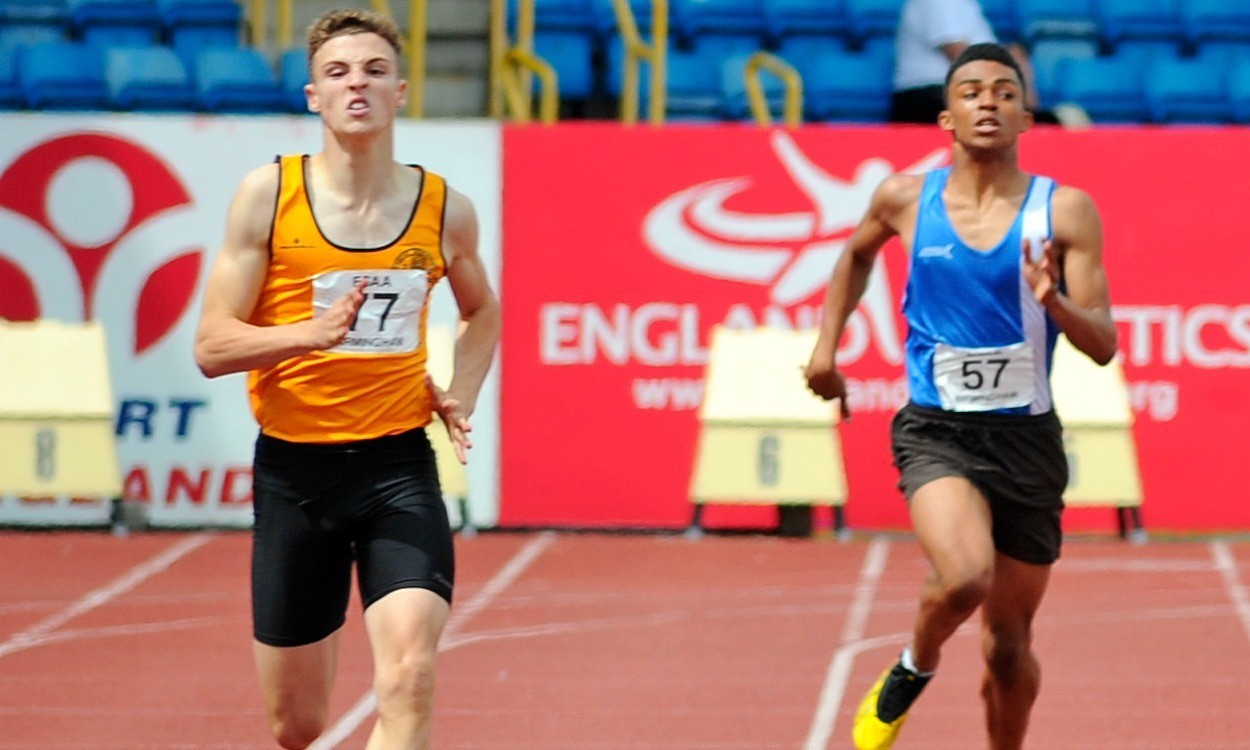 Surrey’s Joe Massimo (77) now finds himself top of the UK under-15 300m all-time list following a superb two days of competition for the Crawley sprinter at the English Schools Championships.

Hertfordshire’s Chenna Okoh set the tone with 35.77 in the first heat to miss Joe Milton’s 2013 championship record for the new event by just 0.07. Milton’s mark wouldn’t stand for much longer, though, and in the second heat Massimo clocked 35.62.

The 14-year-old followed that up by running 35.21 in the final to take almost a second off the best he possessed before the start of the competition. Okoh clocked 35.63 to also dip inside the previous record.