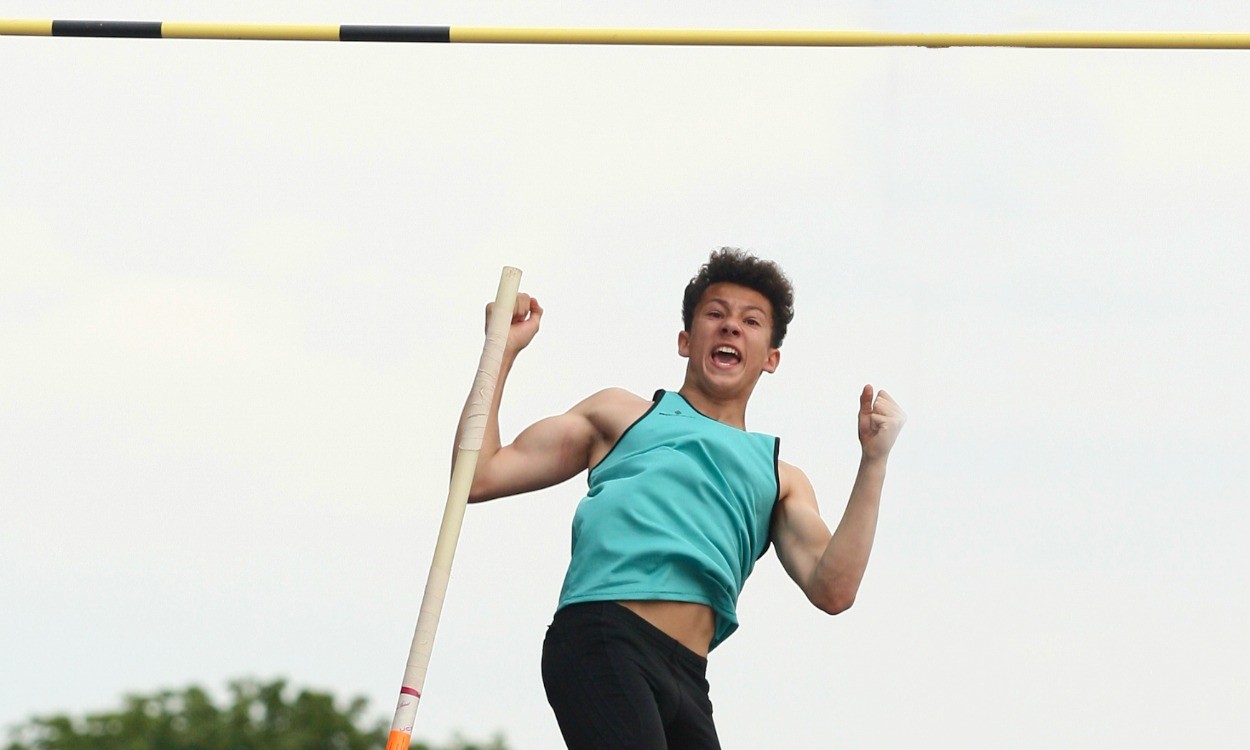 The Notts athlete went on to attempt what would have been an overall personal best height of 4.83m but it wasn’t to be, though he was thrilled to have come away with gold and have written his name in the ESAA record books.

“I’m over the moon,” he said. “I would have liked to have got a PB but of course the championship record is amazing.”

On breaking a record which is four years older than he is, this year’s under-17 national indoor champion added: “It’s crazy. It’s amazing. The crowd were so good.”