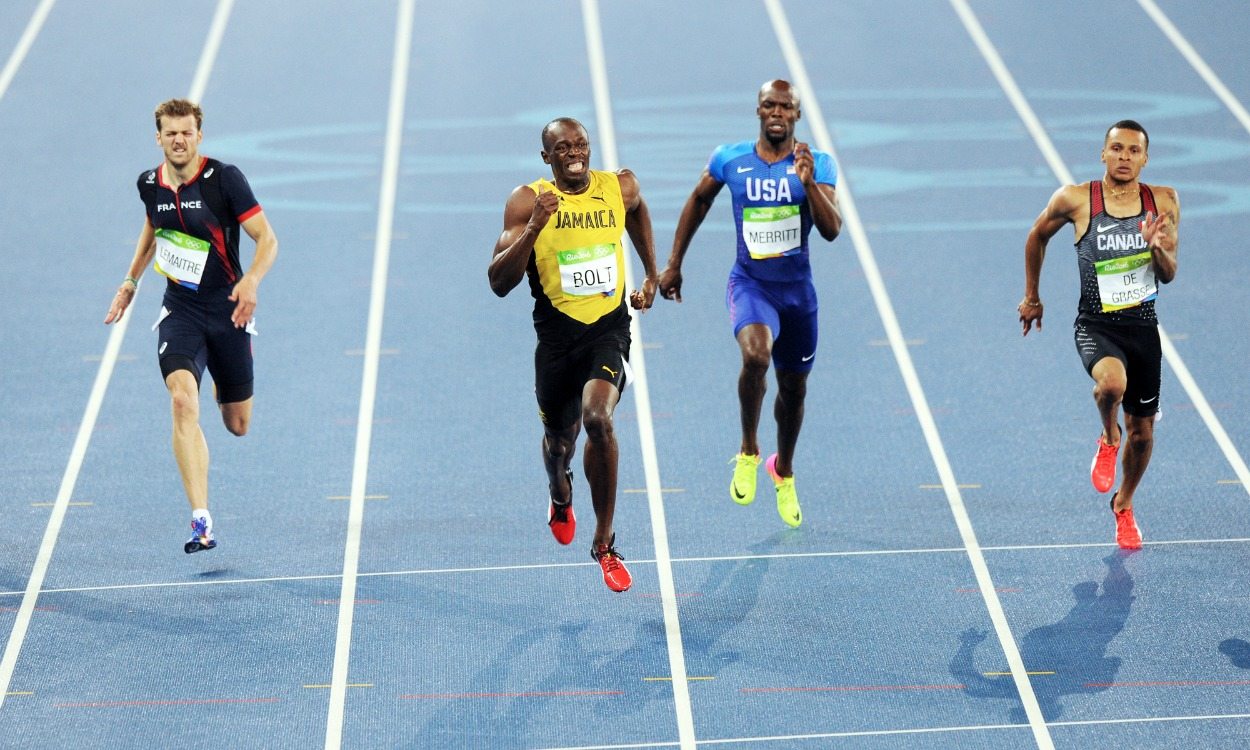 Usain Bolt’s bid to complete an incredible Olympic ‘triple triple’ remains on track after the Jamaican sprint star dominated the 200m final in Rio on Thursday.

Clocking a season’s best 19.78, the now eight-time Olympic and 11-time world gold medallist easily beat Canada’s Andre De Grasse and Frenchman Christophe Lemaitre to the title, as Britain’s Adam Gemili finished a fine fourth but was agonisingly just thousandths of a second outside of the medals.

“I don’t need to prove anything else,” said Bolt, who won 100m, 200m and 4x100m golds in Beijing eight years ago, retained all those titles in London four years later and intends to do the same in Rio by winning Friday’s sprint relay. “What else can I do to prove to the world I am the greatest?”

Bolt had claimed his record third Olympic 100m title on Sunday night and returning to the track four days later he blazed away from the rest of the field in damp conditions at the Estádio Olímpico.

The 29-year-old had spoken about his world record-breaking aims ahead of the final and although Bolt was a way off his 19.19 from 2009, he was comfortably clear ahead of his competition.

“I ran hard around the turn,” Bolt added. “On the straight, my body didn’t respond. I’m getting old.”

De Grasse, who had won 100m bronze behind Bolt, clocked 20.02 for silver in the half-lap event, while Lemaitre ran 20.12, a time Gemili matched in fourth.

Churandy Martina of Netherlands was fifth in 20.13 and USA’s LaShawn Merritt sixth in 20.19 ahead of Panama’s Alonso Edward with 20.23 and Turkey’s Ramil Guliyev with 20.43.

USA’s 100m silver medallist Justin Gatlin had failed to make the final after suffering with an existing ankle injury during his semi-final.

Earlier action had seen Ashton Eaton successfully defend his decathlon title, exactly matching the Olympic record of 8893 points which had been set by Czech Republic’s Roman Sebrle in 2004. 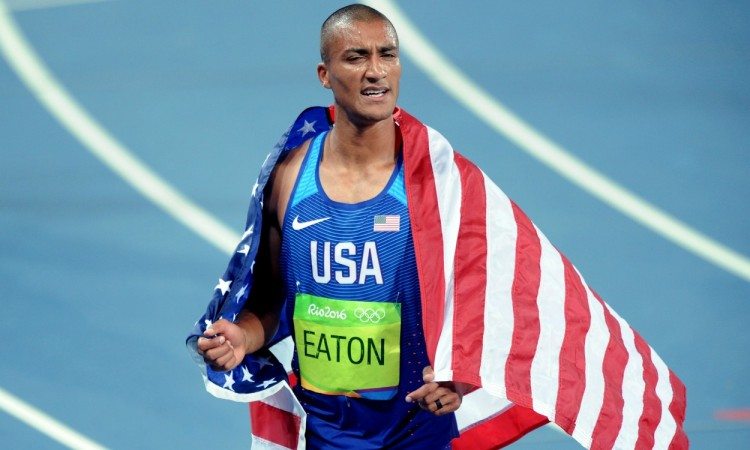 France’s Kevin Mayer secured silver with an 8834-point national record ahead of Canada’s Damian Warner, whose bronze medal-winning tally was 8666.

In the 1500m semi-finals Charlie Grice safely progressed but his fellow Briton Chris O’Hare missed out.

Lynsey Sharp followed her team-mate Grice in progressing to the final in her event, clocking 1:58.65 for second and an automatic qualifying place behind South Africa’s Caster Semenya’s 1:58.15 in the third 800m semi-final. The first was won by Kenya’s world indoor bronze medallist Margaret Wambui from Burundi’s world indoor champion Francine Niyonsaba – 1:59.21 to 1:59.59.

After being impeded in their earlier 4x100m relay heat, the US quartet of Tianna Bartoletta, Allyson Felix, English Gardner and Morolake Akinosun returned to the track to race a re-run in an attempt to make the final on time. China’s 42.70 was what they needed to beat and the Americans did so by almost a second, clocking the second quickest time in the world this year with 41.77.

A short while later Bartoletta was back on the track to receive her long jump gold.