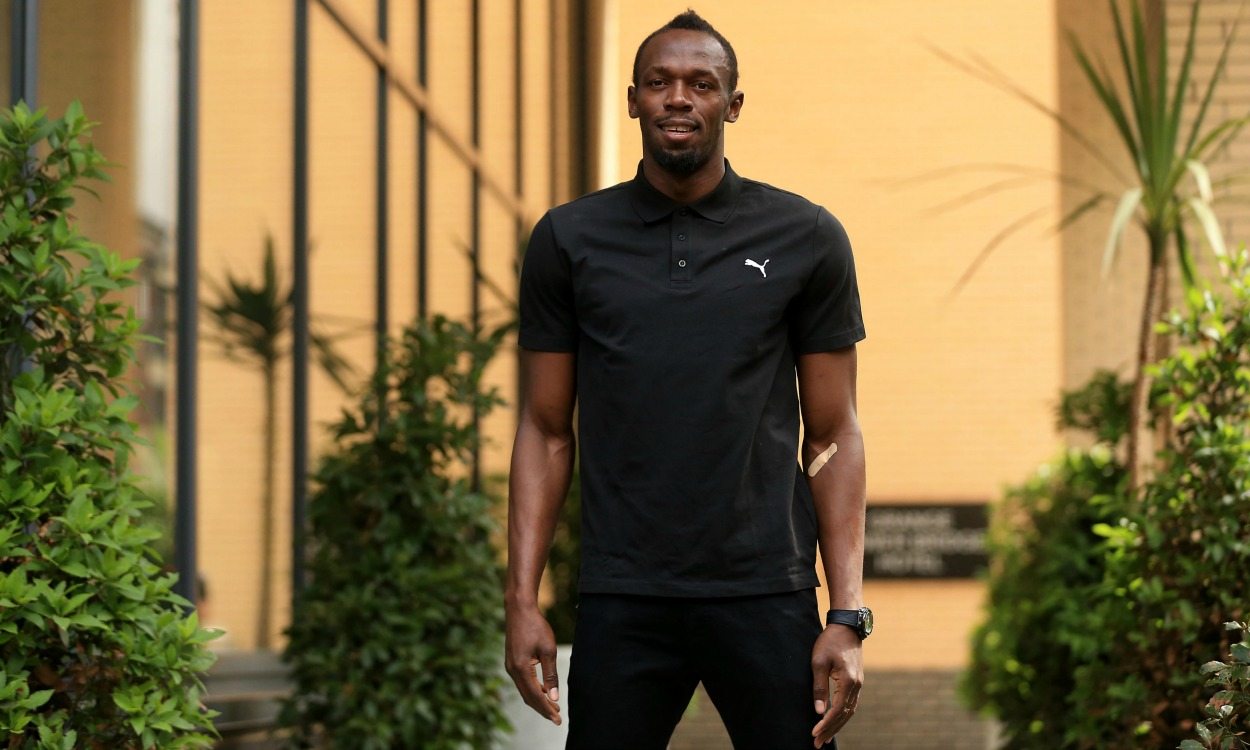 Returning to the track at London’s Anniversary Games after an injury setback, the Jamaican sprint star is ready to prove his fitness ahead of the Rio Olympics

History has proven that when it comes to Usain Bolt, you should never write him off. Despite suffering an injury setback at the Jamaican Olympic trials, the 29-year-old’s sights remain set on another Olympic triple in Rio and he is ready to get back on track at the Müller Anniversary Games in London.

Racing his first 200m of the season on Friday (July 22), the Jamaican sprint star will be looking to prove his fitness after the hamstring strain which forced him to withdraw from the Jamaican Championships in Kingston earlier this month.

“I’m feeling good. I’ve been training well,” said the 100m, 200m and 4x100m world record-holder, who bounced back after a less that ideal build-up to retain his three world titles in Beijing last summer. That took his tally of global golds to 17 and saw him defeat the controversial Justin Gatlin in the process.

“My hamstrings are good. I have no problems now.

“I’m here to win so that is my focus. Hopefully everything goes as smooth as I want tomorrow. I’m looking forward to it.”

On being back in London, where he successfully defended his Olympic 100m, 200m and relay titles four years ago, current AW cover star Bolt added: “I’m always excited to compete here. It’s going to be loud, it’s going to be energetic, it’s going to be a lot of fun, so I look forward to it.

“The 200m is my favourite event. I know I’m in good shape so I’m not really worried about that, it’s just about execution now. I’m looking forward to my first 200m of the season and running a fast time.”

“This is where history will be made,” he added, looking ahead to the Games. “I’m looking forward to going out there and doing my best, putting on a show for the whole entire world to see.”