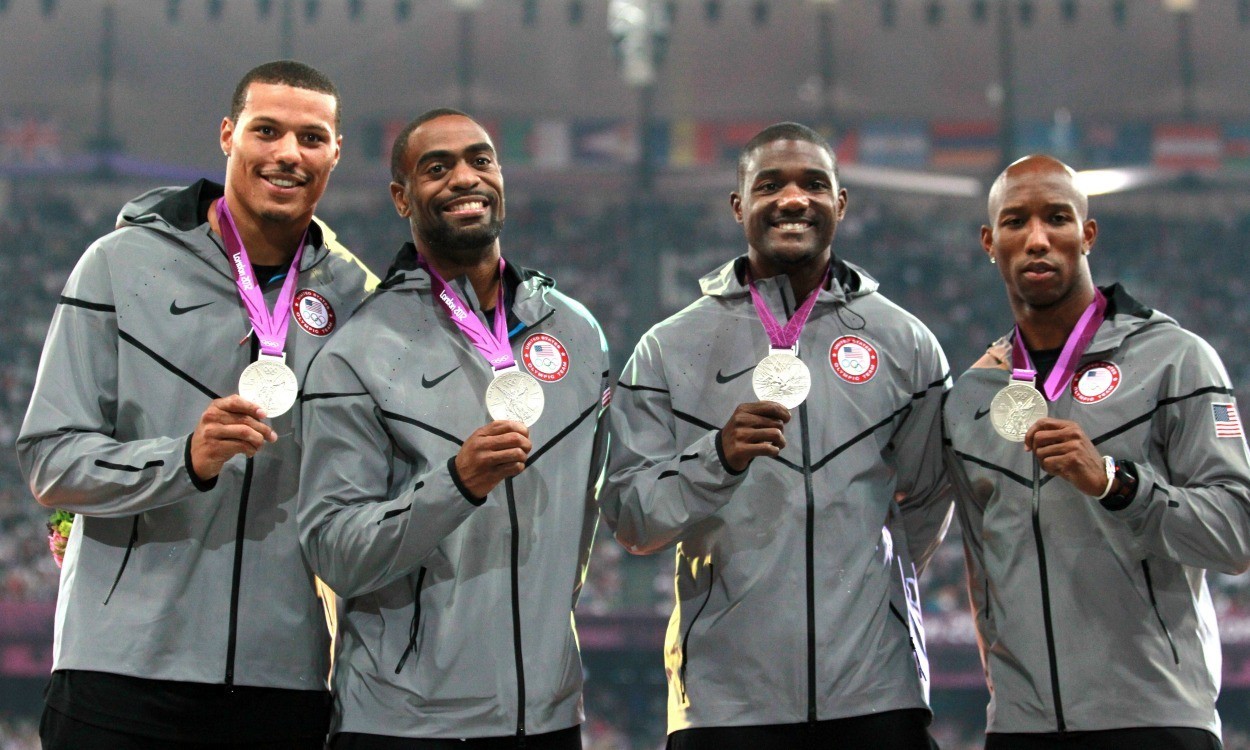 Members of the US men’s 4x100m team at the London 2012 Olympic Games are to be stripped of their relay silver medals.

The decision by the International Olympic Committee (IOC) to disqualify the US team from the men’s 4x100m comes after team-member Tyson Gay was handed a one-year ban and had his results dating back to July 15, 2012, annulled following a positive test for a banned substance.

News of the disqualification was first broken by The Associated Press on Wednesday.

When news of Gay’s ban was announced in May 2014 it was reported that he had already returned his Olympic sprint relay silver medal which he won when forming part of a team along with Trell Kimmons, Justin Gatlin, Ryan Bailey, Jeffery Demps and Doc Patton. Kimmons, Gatlin, Gay and Bailey ran in the final and clocked a national record-breaking time of 37.04 when finishing behind a world record-breaking Jamaican team.

“As expected, following USADA’s decision in the Tyson Gay case, the IOC today confirmed that the U.S. team has been disqualified from the 4×100-meter race that was part of the athletics competition at the London 2012 Olympic Games,” United States Olympic Committee chief communications and public affairs officer Patrick Sandusky said in a statement.

“We will begin efforts to have the medals returned, and support all measures to protect clean athletes.”

Should the Olympic medals be reallocated, Trinidad and Tobago would get the silver and France the bronze.