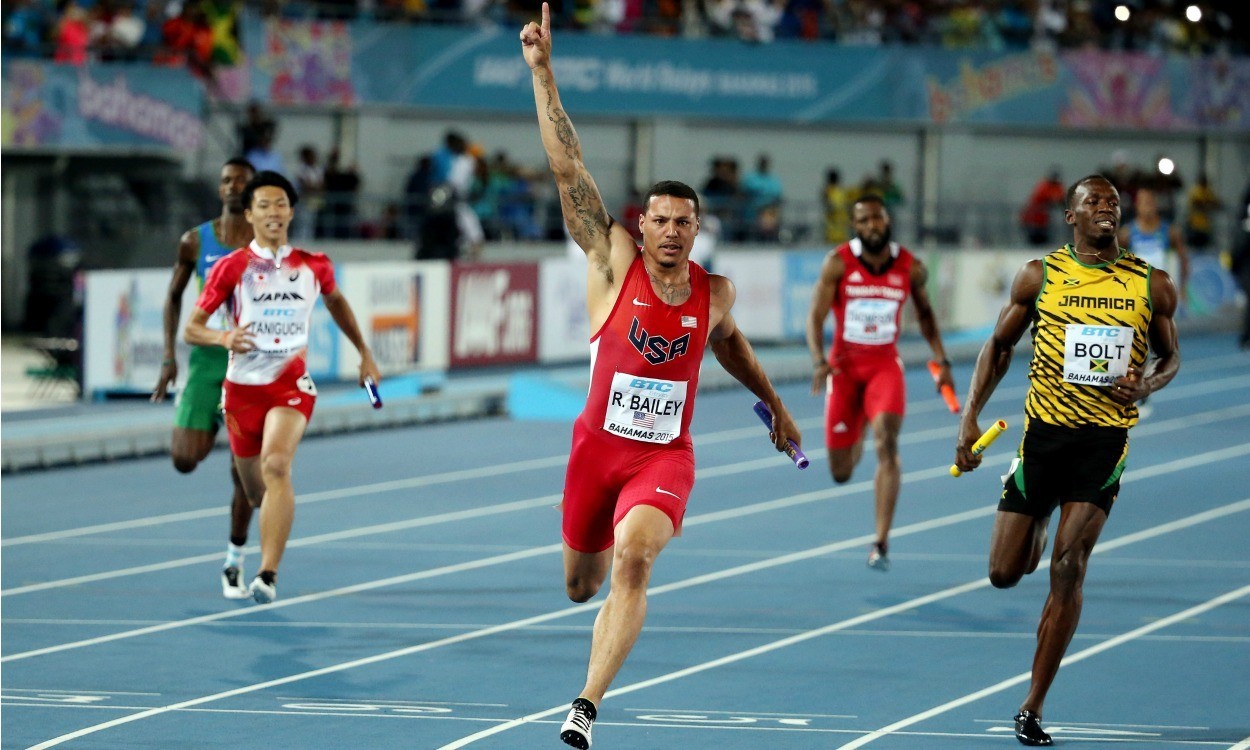 Even Usain Bolt could not catch a flying American sprint relay quartet as United States won the men’s 4x100m in Nassau on Saturday and also broke the world record in the women’s distance medley.

In the big race of the opening day of the IAAF World Relays, Bolt was on the anchor leg for the world record-holders Jamaica, but the US team of Mike Rodgers, Justin Gatlin, Tyson Gay and Ryan Bailey built up too much of a lead as they cruised home in 37.39 as Jamaica and Bolt finished second in 37.68.

It was the equal-seventh fastest performance in history, but a controversial victory given the drug-tainted background of team members Gatlin, Gay and Rodgers.

The British 4x100m men’s team finished fourth in the heats but later won the B race final in 38.67 thanks to Andy Robertson, Danny Talbot, James Ellington and Richard Kilty.

The United States dominated and won three of the four finals. This included the women’s distance medley where a world record of 10:36.50 was set thanks to Treniere Moser in the opening 1200m leg, then Sanya Richards-Ross over 400m, Ajee Wilson over 800m and Shannon Rowbury in the final 1600m leg.

The team took more than six seconds off the previous mark of 10:42.57 that was set indoors earlier this year by a different US team.

In the 4x400m heats, the GB men’s and women’s teams qualified for Sunday’s finals, which means qualification for the Rio Olympics will be guaranteed providing the races are completed.

At the end of the first day, United States lead in the team standings with 24 points from Jamaica on 14 and Poland with 13.

You can find a round-up report covering the second day’s action here, while a picture round-up of day one is here.