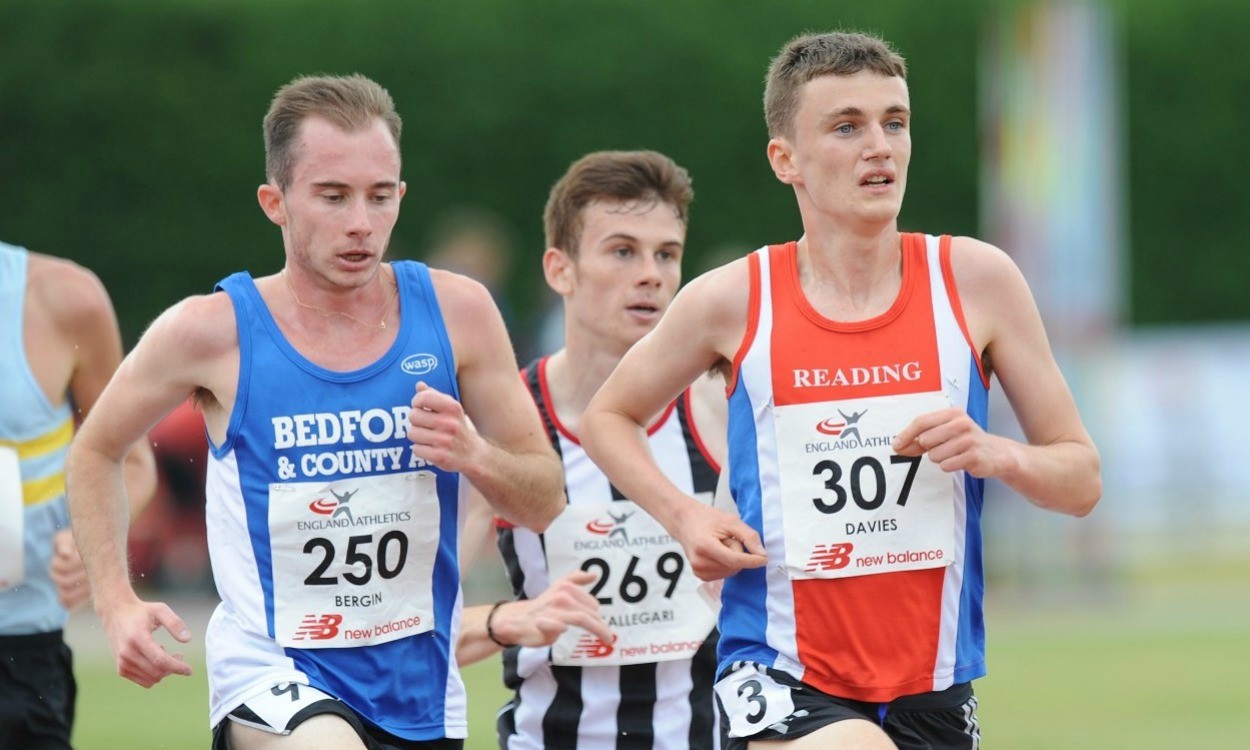 UK Athletics say they stand by their decision not to select Matt Bergin and Michael Callegari for the European Under-23 Championships in face of an online petition for them to be included in the team.

The duo were among a group of athletes to miss out despite meeting UKA’s qualifying standard for the event, which will be held in Tallinn on July 9-12.

With times of 13:54.31 and 13:55.27 within the qualifying period, Bergin and Callegari were inside the target of 14:00 set in the selection criteria. At the England Athletics Under-23 Championships, which was the official trial, they were second and third within two seconds of Jonathan Davies, who gained automatic selection by winning and having the qualifying time.

A petition set-up by a Bedford & County AC clubmate of Bergin calling for UKA to add them to the team has attracted more than 1000 signatures.

However, the entry deadline set by the organisers closed earlier this week and a spokeswoman for UKA said that “the selection policy had been followed and that the decision of the panel would not be changed”.

She added: “Any ongoing communication on the subject would be with the specific athletes concerned.”

The web page highlighting the petition stated in part: “Not only have both athletes ran well within the standard set, by British Athletics themselves, they have both shown consistent form throughout the season. Not only this but both are ranked highly in Europe, and in a distance event anything can happen, which makes the decision not to select them completely absurd.”

Twenty athletes are on the startlists and on season’s bests Bergin and Callegari would have been ranked 10th and 12th respectively.

That “anything can happen” in a 5000m race has been seen on countless occasions in slow, tactical championship contests.

Further, the season’s bests of both athletes are faster than that of Mo Farah at the time of his silver medal at the 2003 European Under-23 Championships. When he was outsprinted by Chris Thompson in Bydgoszcz, his PB was 13:56.31 and season’s best was 13:58.81.

UKA will not elaborate on why the athletes were left off the team, but conclusions can be drawn from a look at the selection criteria.

Regarding athletes who have the qualifying mark but were not winners at the trial, “round 2” of the Euro under-23 selection criteria reads as follows:

8. Round 2 – all remaining eligible individual athletes;
a. Athletes will only be selected in this round if the Selection Panel believe they have realistic potential to finish in the top 5 in Tallinn;
b. Athletes will be selected based a number of factors, including (but not limited to) the following:
i. Current form;
ii. Position at the trials;
iii. Future individual medal potential at indoor or outdoor major events;
iv. Head-to-heads;
v. Previous major age-group competition history;
vi. Injury status;

Current form being the issue can probably be ruled out since they were so close at the trials, held just two weeks ago, to Davies, who is fifth-ranked of the entries for Tallinn.

Their perceived potential to finish in the top five in Tallinn would appear to be the issue.

Jenny Nesbitt was another of the athletes to miss out despite having the qualifying mark and the 5000m runner has written of her annoyance on Twitter.

UKA has in the past regularly insisted on setting the bar high when it comes international selection in the view that it will drive up standards. However, it has been argued that, for an event like the European Under-23s, the largest possible team should be sent for developmental purposes.

UKA’s selection criteria for Tallinn stoked controversy when it was released as it prevented athletes from doubling up at the championships and the senior IAAF World Championships despite a gap of five weeks except in the case of combined events and relays.

It means the team is short of most of the bigger names, although some may have decided anyway they did not want to compete at the Euro Under-23s. According to the current European under-23 rankings, 17 event top-three slots are taken by British athletes who will not be in Tallinn, including Chijindu Ujah, Dina Asher-Smith, Delano Williams and Matthew Hudson-Smith.

The European Under-23s have historically been a launch pad for champions of the future. The above-mentioned 2003 edition of the event was attended by 53 selected British athletes – compared to the team of 35 for 2015. Blanka Vlasic, Kamila Skolimowska, Carolina Kluft, Ladji Doucoure and Krisztian Pars won titles there and went to Olympic or world titles.