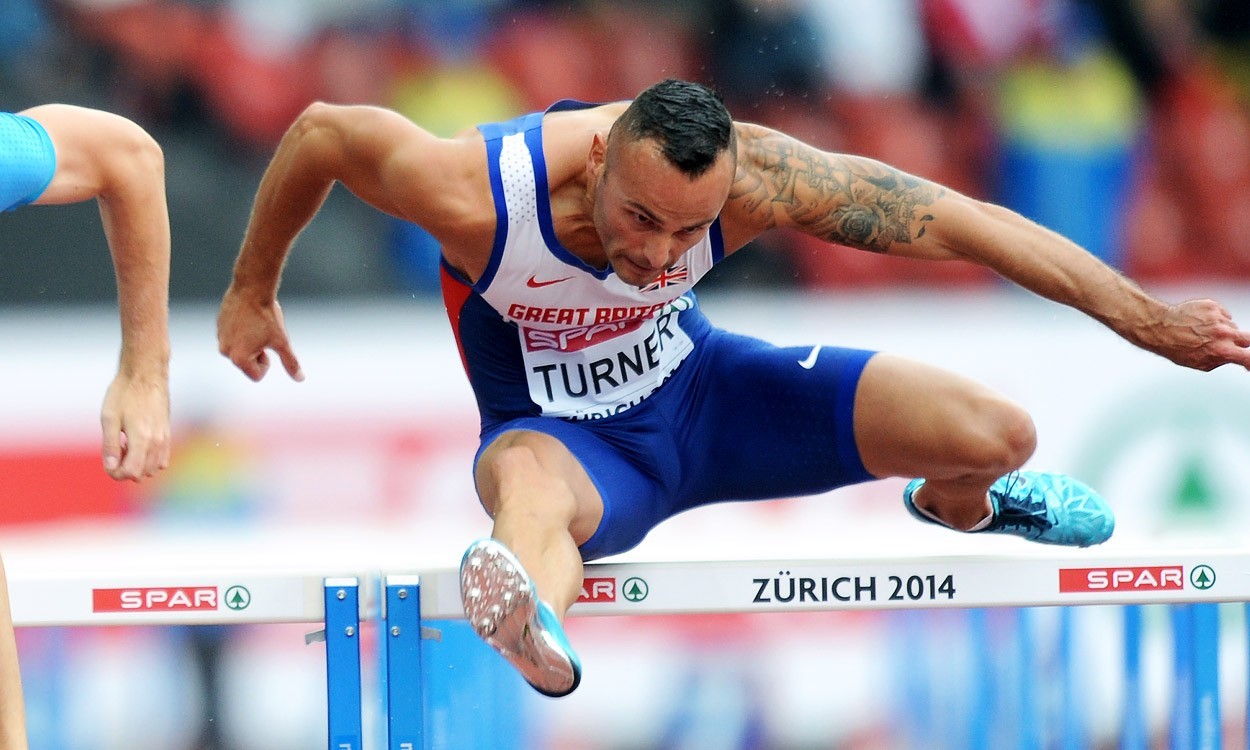 Andy Turner finished his international career with a semi-final exit in the European Championships but went away contented.

The 2010 European and Commonwealth champion, who was seventh in his race with 13.57, plans to retire at the end of this year.

“I’m not going to go away disappointed,” said the 33-year-old, who has struggled for years with an Achilles problem. “I’ve finished my career where I wanted and that’s on the track. That was the main thing for me. I didn’t want this Achilles problem to determine the end – I made this decision.”

Turner hopes to secure a lane in the 110m hurdles in the Great North CityGames in Newcastle-Gateshead in September in order to end his career on home soil.

“I’m pretty sure that will be quite emotional,” he said.

Having won world bronze in 2011 and with a PB of 13.22, which leaves him fourth on the UK all-time list, he says he will look back on his career fondly but with a tinge of frustration.

“I don’t think I ran as fast as I could have done,” he said. “My peak years were when I was 30 or 31 and that’s the years the Achilles tendons were really bugging me and I had three surgeries. But I think the fact that I was able to come back from that and still run I can get over that as I have such great memories of winning medals. Just being part of the team, I’m really proud of my achievements and so are my family, which is the main thing.

“I’ve had 10 years doing this, I’ve had a really good innings and I have a nice medal cabinet.”

Turner plans to further his career as a personal trainer and wants to stay involved in athletics in some way, perhaps in coaching or in the media.

As well as his top-class championship record, he is proud of his world record in the rarely run 200m hurdles and joked: “If there was a 200m hurdles you’d see me til I was 50 as that’s my favourite event.”

He has unfinished business in athletics, though – he wants to try the long jump. He explained: “It’s been burning at me for years. I did it when I was 16 and I beat Chris Tomlinson. I jumped 7.23m and I haven’t done it since.”

If that goes well? “You may see me next year,” he laughed.