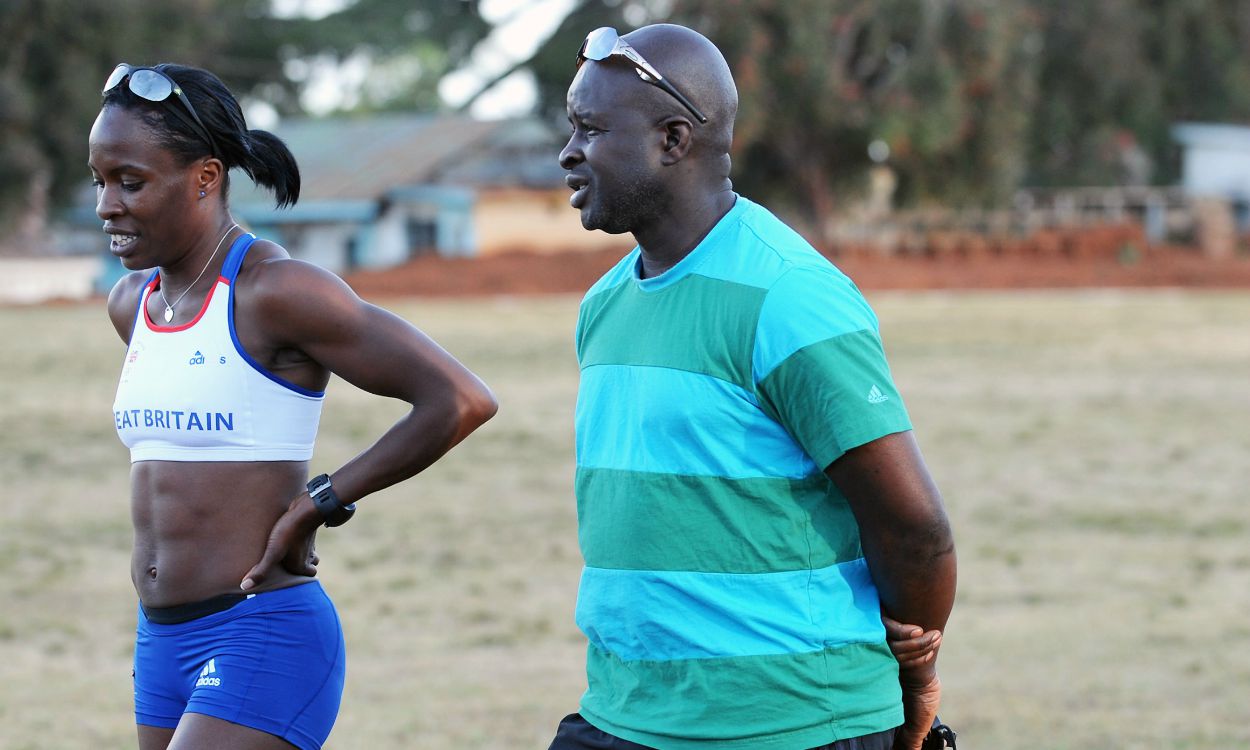 Tributes have been paid to Ayo Falola who has died following his battle with cancer.

The respected coach and former sprinter clocked wind-assisted times of 10.2 and 20.93 for 100m and 200m respectively and on making the switch to coaching he guided many international athletes.

He recently coached Shelayna Oskan-Clarke to her fifth-place finish in the Beijing World Championships 800m as well as her first sub-two-minute clocking for the two-lap event.

Falola’s wife Sarah and one of his sons, Oliver, had held a “Brave the Shave” event in August which raised more than £5800 for Macmillan Cancer Support. Falola had been battling cancer for seven years but was this year given a terminal diagnosis.

Current and former athletes were among those to pay tribute to the renowned coach on Twitter.

“So many wonderful moments with Coach Ayo Falola. RIP. I can’t believe you are not here anymore. Heart broken,” wrote Fenn, while world marathon record-holder Paula Radcliffe wrote: “Such sad news. Thoughts with family and friends of Ayo Falola. A very special man who made everyone smile and will be greatly missed.”

Olympic, world, European and Commonwealth long jump champion Greg Rutherford ‏commented: “Devastating news that Ayo Falola has died; what a great man with such an infectious laugh. Thoughts are with Sarah and his three boys,” and 2011 world 1500m silver medallist Hannah England said: “So very sad to read that Ayo has passed away. Such a large and lovely personality, a great coach and a great guy.”

Sydney 2000 Olympic heptathlon gold medallist Denise Lewis ‏wrote: “That incredible laugh will live on in our hearts. God bless you Ayo… no more pain,” while 2011 world 110m hurdles bronze medallist Andy Turner wrote: “Heart wrenching to hear of Ayo losing his battle to cancer, thoughts are with Sarah and his 3 sons. He really will be missed.”

Commonwealth and European long jump silver medallist Jade Johnson ‏was another to pay tribute and wrote: “There are no words to describe my sadness to hear of the passing of Ayo. I will miss that laugh! #RIP #AyoFalola.”