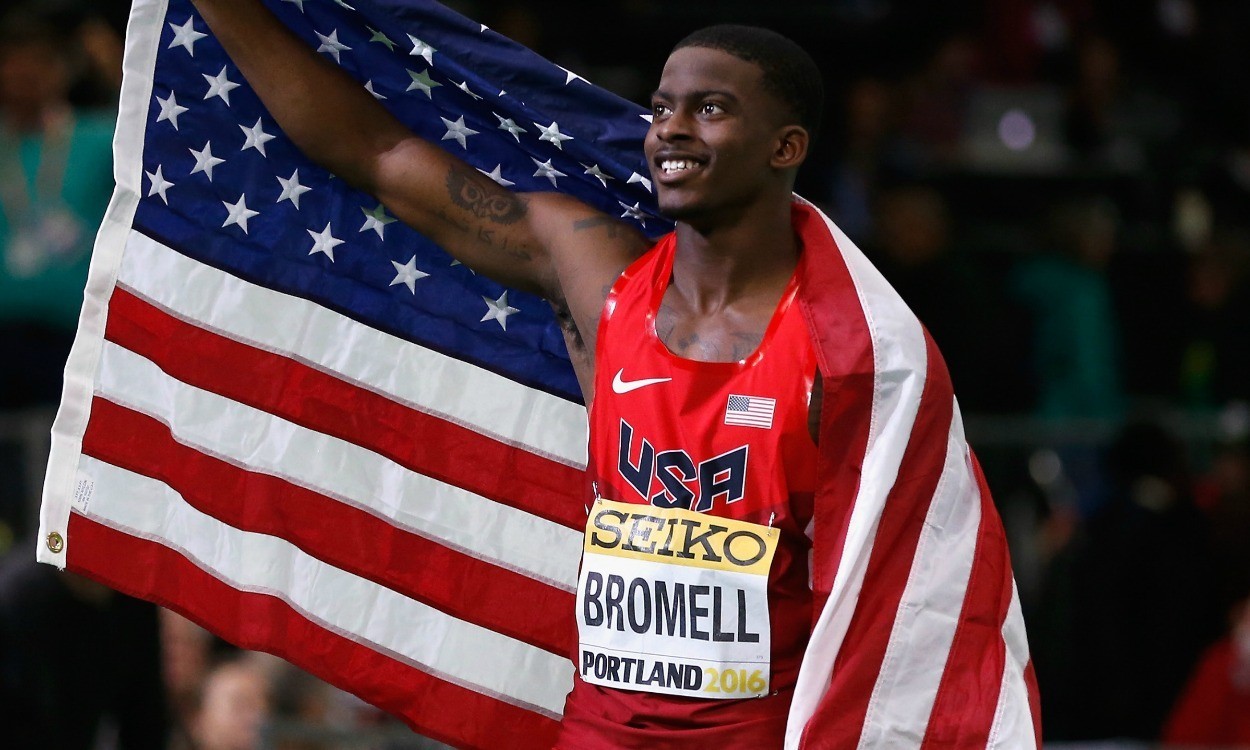 Speaking after his victory in Portland, the 20-year-old gave his prototype for the ideal sprinter. You need to “react like Kim Collins, have a start like Asafa Powell, the power like Justin Gatlin and Tyson Gay and a mindset like Usain Bolt”. Sounds simple!

To Bromell it is. “The only way I could get the win is if I could get out and use my strength to the best of my ability and just run my race. So that’s pretty much what I did.”

This is my third encounter with Bromell after Beijing and February’s Glasgow Indoor Grand Prix. I find him an impressive and engaging young man, who is genuinely surprised and thankful for what he has achieved. He admits to being in awe of the world’s top sprinters but then goes out and beats them.

In Portland he described beating Powell as “mind blowing, because when I was younger I used to always look at Asafa’s start and thought I had to mimic this.” 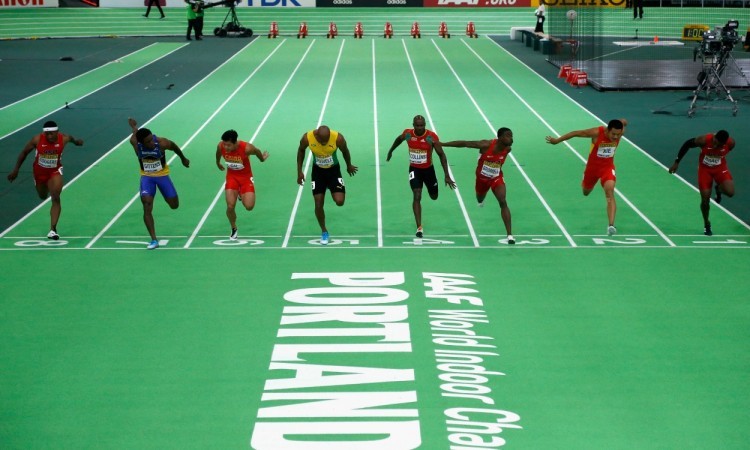 He is humble enough to seek and take advice.

“A couple of days ago I talked to Maurice Greene and he was telling me that if you want to run a great 60, then you run your 60 like you run your 100 and you don’t change a thing. You just perfect how you run”.

Greene needs to be careful about the advice he gives Bromell if he wants to keep his own world record. Greene is the fastest of all time over 60m with his 6.39 from 1998, but Bromell, who clocked 6.47 in Portland, is closing in on the master.

When asked about the Rio Olympics, Bromell’s answer was equally down to earth. “I just have to stick to my training and trust my coach and trust God and keep moving forward and stay healthy and get through the rounds.”

He gave an intriguing answer when asked how his world outdoor bronze compared with the indoor gold. He said that in Beijing he was coming off the collegiate circuit after a lot of races. “My body was just wearing down but to still have the race that I did was a blessing in its own,” he said. “But comparing it to Portland, I think that this was just a different playing field.

“I actually have more time to train and I don’t have as many races on my body. So I feel like that was the only way I could put up a great race was to be able to have my body as fresh as I could coming into the race.” Did you get that? He was tired from a long season in Beijing so could only manage 9.92 and third place – just wait until he is fresh.

He has also learned to play the PR game. Someone asked him how he always managed to perform well in Oregon. “I like the crowd. They show a lot of love here in Oregon,” replied Bromell. “I am just blessed to have the meet on home soil and come off with the win against some great competitors. It’s a blessing on its own just to be here and run.”

He is fast, humble, thankful and diplomatic – he could go far, and quickly.