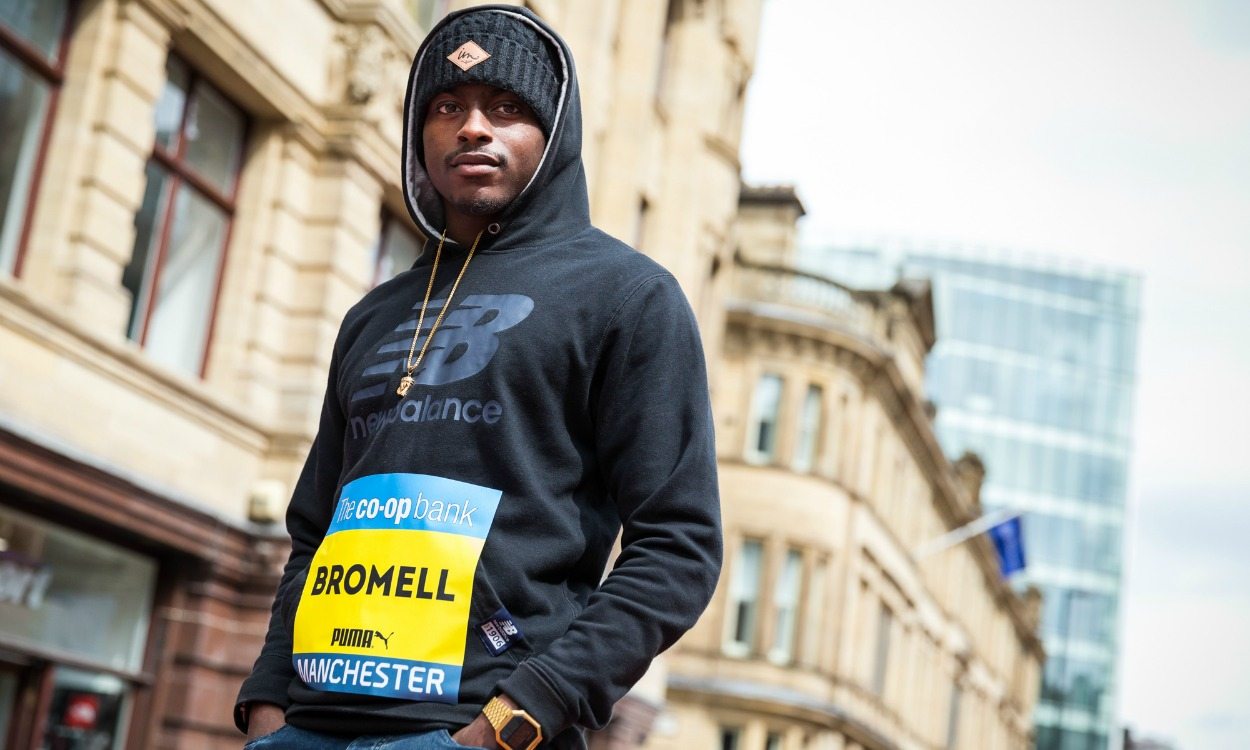 “Pressure only makes two things,” says Trayvon Bromell. “Diamonds and bust pipes, and I like diamonds.”

From breaking 10 seconds for 100m as a teenager to taking world bronze behind Usain Bolt and Justin Gatlin and then claiming the world indoor 60m title, 20-year-old US athlete Bromell has already achieved great things. With such success comes expectation, but the humble sprint talent manages not to be fazed by it.

“Pressure never really gets to me. It’s one thing that can break a lot of people but I actually like it,” he says. “The opportunity of running against people that are just as good as you or faster than you is going to do nothing but help you get better.

“If I race against someone like Usain Bolt or Justin Gatlin, the only thing that it can do is make me run faster. If you’re running a race with those guys, you know you’re not going to run slow. You never know what can come out of the situation.”

“Pressure only makes two things – diamonds and bust pipes, and I like diamonds”

Bromell is chatting with AW as he prepares to make his UK race debut. Having been forced to withdraw from the Glasgow Indoor Grand Prix in February through injury – that was his first ever trip to Britain – he is now looking forward to racing in front of a British crowd and also competing at a street athletics event for the first time at the Co-operative Bank Great CityGames Manchester on Friday (May 20).

After opening his season with a 20.30 200m in Texas (which was “way off the chart” – he usually starts off with the 100m), why the CityGames and why now? Bromell has been described as ‘the next Usain Bolt’ and the presence of the Jamaican sprint star – with whom Bromell now shares an agent – at this event in the past was just one of the deciding factors.

“It was crazy to me because I always used to think in the past that they should lay down a track in the middle of the city and run a race and when I actually saw it happen I was like, I have to go one day, it’s a must,” says Bromell, who will race Britons Richard Kilty and CJ Ujah plus St Kitts and Nevis sprinter Kim Collins down Deansgate on Friday evening.

“Yes it’s a big competition and it’s my job,” he adds, “but I was like, this is really about to be a fun experience for me because I always dreamt of something like this.”

“When people say ‘you could be the next Bolt’, I can see that they see talent in me, which is a good thing”

It’s easy to see why the ever-rising sprint star is considered capable of following in the fast footsteps of the world’s quickest ever athlete. The Baylor-based sprinter, who is coached by the university’s track and field sprints coach Michael Ford, broke the 10-second barrier with 9.97 when winning the NCAA title in 2014, and the fastest teenager in history went on to clock 9.84 at the US trials in 2015 to become the joint 10th quickest ever over the distance.

“When people say ‘oh you could be the next Bolt’ I’m like, that’s kinda weird!” he says.

“It’s all cool. It’s good that people see something in me,” he adds. “When people say ‘you could be the next Bolt’, I can see that they see talent in me, which is a good thing.”

With two world senior medals to his name already, Bromell now has his sights set on making his first Olympic team and then contesting for a medal. His next road to Rio is Deansgate.