How they train – Sarah Tunstall 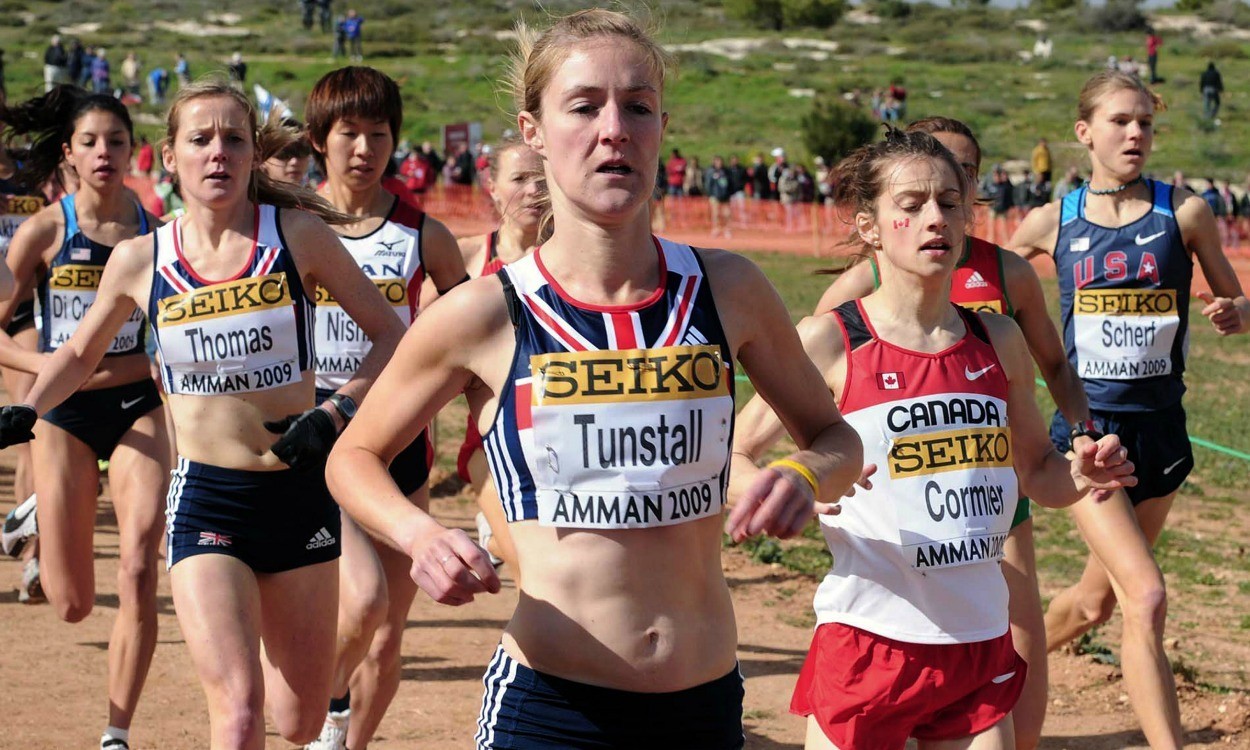 Like many others, Sarah Tunstall started running at a young age. She says: “I’ve always been very competitive and loved any kind of sport throughout my primary school years. My first memory of running was practising some 400m reps when I was about 10 or 11 on the local rugby pitch with my dad to train for the local area sports around the field race, which I was lucky enough to win!”

Cross country has always been high on Tunstall’s agenda and she rates it as her favourite discipline. “I never took to the track at all and in the summer months I used to do the English fell championship races instead,” she says.

In 2004 the Kendal runner had her first taste of the Italian Alps. Since then she hasn’t done a great number of fell races because, as she explains: “Mountain running is a lot faster and totally different in Europe and I have spent periods every summer in Europe training and racing.”

From September or October and through to March she tends to concentrate on cross country. April and May, though, is the time when she begins training for the mountains. She also does races at 5km and 10km over this period. She explains: “I personally find that I benefit from the faster road running when I come to race the mountains rather than racing on the fells.”

The 28-year-old’s mountain training differs from her normal workload in that the longer sessions will be uphill and more hills are integrated into two of her weekly runs, including the obligatory long run.

So what is it about the mountains that she likes? Tunstall says: “Everything, including the atmosphere, the scenery and the people! There are some fantastic characters among the mountain running fraternity, as well as a lot of history and prestige in many of the European races. You also get to race off the beaten track and see places you would never dream of.”

Tunstall, who now lives near Stockport, was brought up near the Lake District in the fells of East Cumbria. In the summer months she likes nothing better than to go back there for some sessions. However, Stockport isn’t detrimental to mountain training and she points out: “It’s actually great for mountain training. I love running in nearby Lyme Park or around the many trails in the Goyt and Reddish valleys.”

Regarding her first big breakthrough, last year’s eighth-placed runner at the World Mountain Running Championships in Poland says: “The summer of 2007 was probably the first glimpses of a step up when I qualified for the senior world mountain team and finished runner-up behind Victoria Wilkinson.

The Cumbrian increased her training load between 2007 and 2009. “I discovered that other competitors were training twice a day,” she says. “Since 2009 I have had a lot of injury problems that has meant long periods off running altogether. My training is now actually less than it was previously. I still train twice a day on most days, but the second session is non-impact in the gym, which seems to be keeping me injury-free – touch wood!”

Tunstall rates her best ever performance as the 2009 Inter-Counties. “I like to finish races knowing that I have done all that I can to win and I felt that I ran exactly how I wanted to on the day,” she said. “However, my best results overall have to be races where I have had a podium place and particularly when it hasn’t been expected – such as the 2008 European Mountain Championship and the 2009 European Cross Country – because they weren’t expected, I always wonder whether I could have done more to win!”

With short-term targets of staying injury-free as well as the recent European Mountain trial where she finished runner-up and trying to make the GB cross-country team at the trials in November, Tunstall knows where she is going. Regarding the longer-term, she says: “In 2015 I will be looking to perform well at the English National cross country and the World Mountain Running Championships, which are held in September on UK soil in Wales.”

Tunstall has never specialised on the track and prefers to stay away. “I did a few track races throughout my school years and somewhere there will be some very wobbly video evidence from my PE A-level!” she says. “I never enjoyed running on the track and just don’t seem very suited to it. I think I have easily broken my 1500m track PB on laps of the same distance when running the European cross country!”

Tunstall works at the Sweatshop store in Manchester and says: “It’s great to fit my training in and get away to the Alps in the summer months. “I work with a brilliant team of people, including Nick McCormick and Ben Fish, so advice and training talk is never far away!”

On her training schedule, Tunstall says: “Pace of runs and recoveries are done mainly as to how I feel. A couple of standardised sessions are: 4x 3, 2, 1min (off 1min rec) or 8x3min (off 1min on the flat) or if doing an uphill session only I will jog back down to start the rep again. However, more often the recoveries are just short jogs (I have lots of set routes that I know where I start the next rep from).

“Mountain training tends to be similar, but the sessions will be done uphill and the runs on Wednesday and Sunday will be hillier than cross-country work.”