How they train – Richard Browne 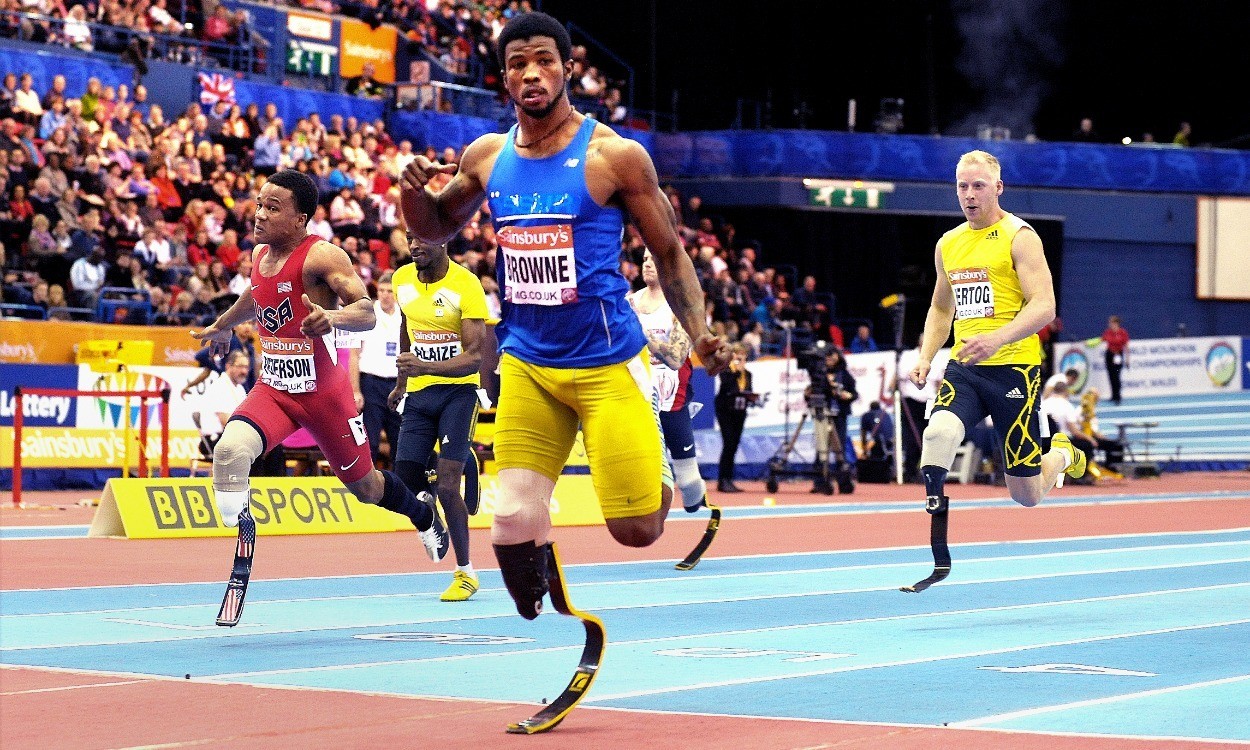 World record-holder at three distances, USA’s Richard Browne spoke to AW about his meteoric rise to the top

After a traumatic accident to his leg in 2007, Richard Browne finally lost the limb in 2009 after a long battle to save it. He says: “I went through 13 surgeries, but the final outcome was a decision to amputate.”

These were dark days indeed for the American from Jackson, Mississippi. However, although this was as dramatic as life gets, his life was about to change forever and for the good.

At the time of the amputation, Browne knew nothing of running prosthetics or the Paralympics. He adds: “My prosthetist, Bret Lee, surprised me with a running leg one day and I began to run and four short months after my amputation I competed in my first track meet – the UCO Endeavor Games, where I qualified for the US Paralympic Track and Field Nationals with a time of 12.02 seconds in the 100m. At those nationals I came in fourth and the following year I started my journey towards the 2012 London Paralympic Games.”

Moving to Florida to train with Michael Chiles, Browne was his first Paralympic athlete. He trained for five months and competed at the 2012 US Paralympic Trials where he picked up a bronze medal. He went on to win Olympic silver in the 100m in 11.03 behind Great Britain’s Jonnie Peacock.

His agent, Kuba Wasowski, sums up his charge by saying: “He is like no other amputee sprinter I have ever seen. Sometimes when you watch him run, you forget that he is an amputee at all.”

“I want the world to see that Paralympic sprinters are legitimate. Our legs don’t give us an advantage. What makes us fast is simply hard work and dedication”

Ultimately though, he fell short at the 2013 IPC Athletic World Championships, where he had to be satisfied with a silver medal behind his great rival Peacock.

This year Browne has decided to focus on the 200m with a coaching change to Alrick Monroe in San Diego, California. The T44 athlete opened his season in explosive fashion at the Mt SAC Relays in April with a world record of 21.91 seconds and in so doing became the onlyT44 athlete to go sub-22. He came back the next day and posted a 10.99 over 100m.

Browne picks out the 4x100m final at the World Championships as his favourite race. He recalls: “We became the first leg-amputee relay team to go sub-41 seconds with a time of 40.73 seconds and of course we won the gold medals. We all had great individual performances, but we came together and did something that had never been done before.”

He continues: “I don’t know about a sub-10 performance in the 100m, but that is also a goal. I want the world to see that Paralympic sprinters are legitimate. Our legs don’t give us an advantage. What makes us fast is simply hard work and dedication.”

Monday: Sprint endurance: Long runs of 250-300m coming through 250m at 27-30 seconds and 300m at 37-39 seconds with 3 minutes rest and usually 2 sets of 3. Long warm-up with a hurdle circuit and stretching 20 minutes. It’s also upper body day in the gym doing an anaerobic circuit with bench press, triceps, biceps, back, and shoulders in 4 sets and increasing weight and lowering reps each set with 3min recovery between each set.

Thursday: ‘Tech day’. Usually a mixture of long sprints: 150m or 120m. 3 sets of 3 and working the sled for 60m across 3 sets. Warm-up consists of A-skips and high knees for 100m 2×2 and hurdle circuit. It’s also an easy day at the office! Upper body day in gym: heavy, working shoulders, back and abs.