How they train – Markhim Lonsdale 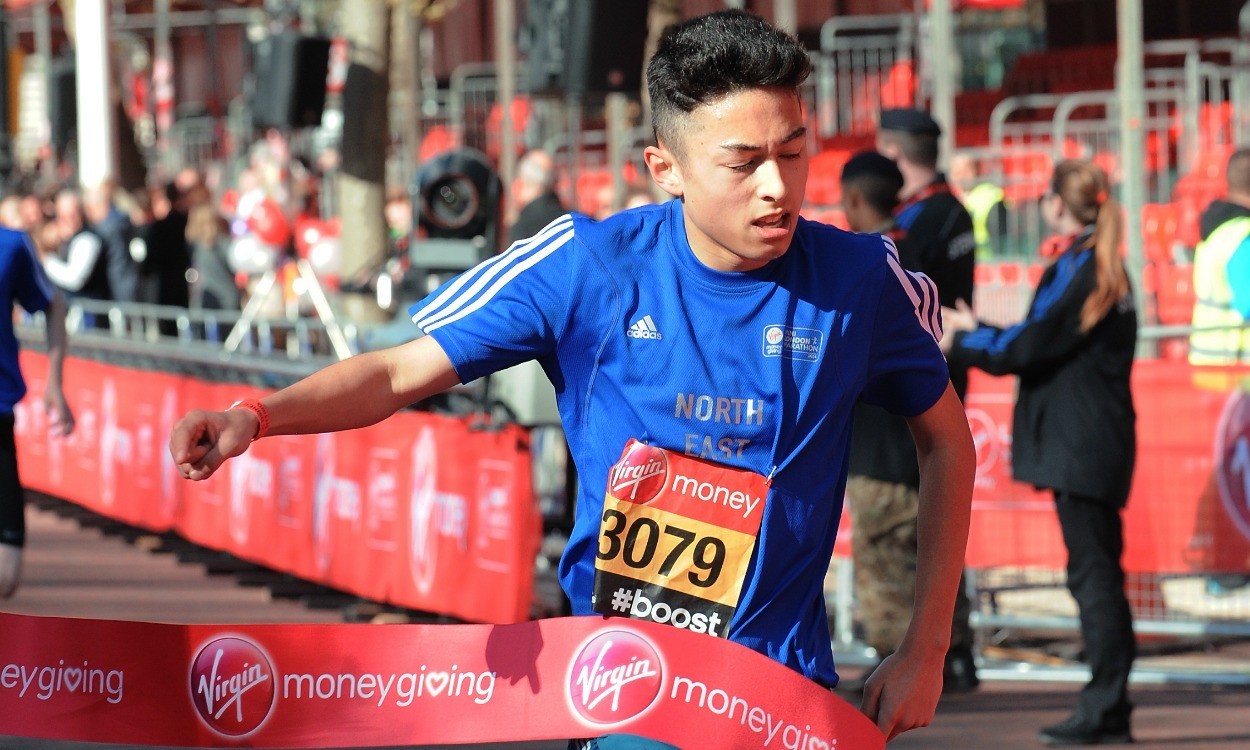 At an age when youngsters rise to prominence quickly and can vanish even more rapidly, Markhim Lonsdale and his coach spoke to Matt Long about his current training

Despite being aged only 15, Markhim Lonsdale has already been in the sport for seven years. He says: “I started off by biking when I was aged eight and I used to follow my parents when they went for their runs. One day dad suggested I try a run up a massive 800 metre hill – I enjoyed it so much that I decided I wanted more!”

When the Crook & District runner from the North East of England started his fledgling running career, success came very easily. He explains: “I went to my local club and my dad put me in a session. I only did part of it though. I was able to keep pace with some of the faster senior runners and they said I was a natural. I also did jumps and throws for quite a few years when I started off.”

This year’s London Mini Marathon under-15 winner says: “Winning in London was a huge highlight with many of the best athletes there – the atmosphere was fantastic and receiving £250 worth of adidas kit was an added bonus!”

Lonsdale, who was runner-up in this year’s National cross country, trains five times a week. Having swapped his coaching personnel from his dad Keith last August to AW’s performance editor, David Lowes, he explains the evolution: “With David the sessions have changed drastically with quite a bit of multi-surface and differing paces – much of it longer efforts too. These sessions have definitely benefitted me this winter as my results have proved and in particular our ‘Kenyan Hills’ on a Monday, which we do differently to everyone else. I never thought by doing that type of work that I could run so fast indoors without any track work!”

Lonsdale adds: “My dad is a qualified club coach and was an athlete and he always knew the day would come when I would need to move to another coach. Dad noticed David giving me some advice at a BMC meeting in Durham in 2012 and he checked out his credentials and observed him over a 12-month period before approaching him! We had a meeting at my house last September with David explaining everything that was required and how he worked and I was extremely impressed.”

The Scottish under-16 indoor 800m record-holder and champion continues: “Everything I’ve achieved over the last nine months is down to David. There’s no one better. He is a great coach and a motivator with unbelievable knowledge! What I like is that he explains anything that I ask him. As an example, if there is a certain stretch or drill I need to do, he will explain the importance of them and how they will benefit me and he always makes me understand why we do a certain type of session. He can be tough too, telling me when things are not done properly!”

Currently Lonsdale’s favourite sessions are those on the track. He says: “The reason I like them is because it’s all about running fast, which is my strength. My least favourite sessions are some of the mixed-pace and mixed-terrain sessions that we do. For example, training on grass, then hills, then track in one session. If it’s a sting in the tail then I’m not always sure if David is joking – it’s really hard and he never jokes about training!”

Lonsdale, who started his season with two PBs over 3000m (8:51.2) and 1:53.3 (800m), says his targets this season are simple: “PBs and to win medals.” He has more recently revised his 800m PB to 1:52.00, while his 1500m best is now 3:52.9, Lonsdale smashing his previous best to go under four minutes for the first time. Like many others he dreams of Olympic participation and winning. He rates track, road and then cross country, in that order, as his preferences – with anything worse than soft going not to his liking.

Lonsdale, whose mother, Mary Lou, is from the Philippines, can use his birth right to run for them one day. He says: “It would be really good to run for the country I was born in. The Philippines doesn’t have as much interest in athletics as most other countries have, but it would be easier to qualify for them than GB and it would also inspire their youngsters.”

Lowes says: “When I was approached to coach Markhim, I wasn’t overly keen as that age group is one that is a tad too young for me”. However, after pondering it over he decided to help the talented youngster.

He adds: “One thing that swayed it – apart from his ability – was his detailed Excel training diary spreadsheet with every run and race since 2008. Very impressive!”

Importantly, Lowes, the BMC academy chair and course director, emphasised: “This is a very fickle age for athletes and, although I’m hugely impressed with Markhim, I know only too well that it’s a ‘here today and gone tomorrow’ paradigm. My aim is to ensure that he is here today, tomorrow and many years to come and reaches his full potential.

“It’s all about keeping him happy and avoiding not only the physical burnout, but more likely psychological meltdown. His next progression will be a sixth session in the next year or two, but that will be pool-based in the guise of aqua-running.”

Lowes recently tackled the topic of coaching young athletes and how much, or how little, to give them in terms of training. You can read his blog post here.

Performance stats for Lonsdale can be found on Power of 10 here.