How they train – Chris Smith 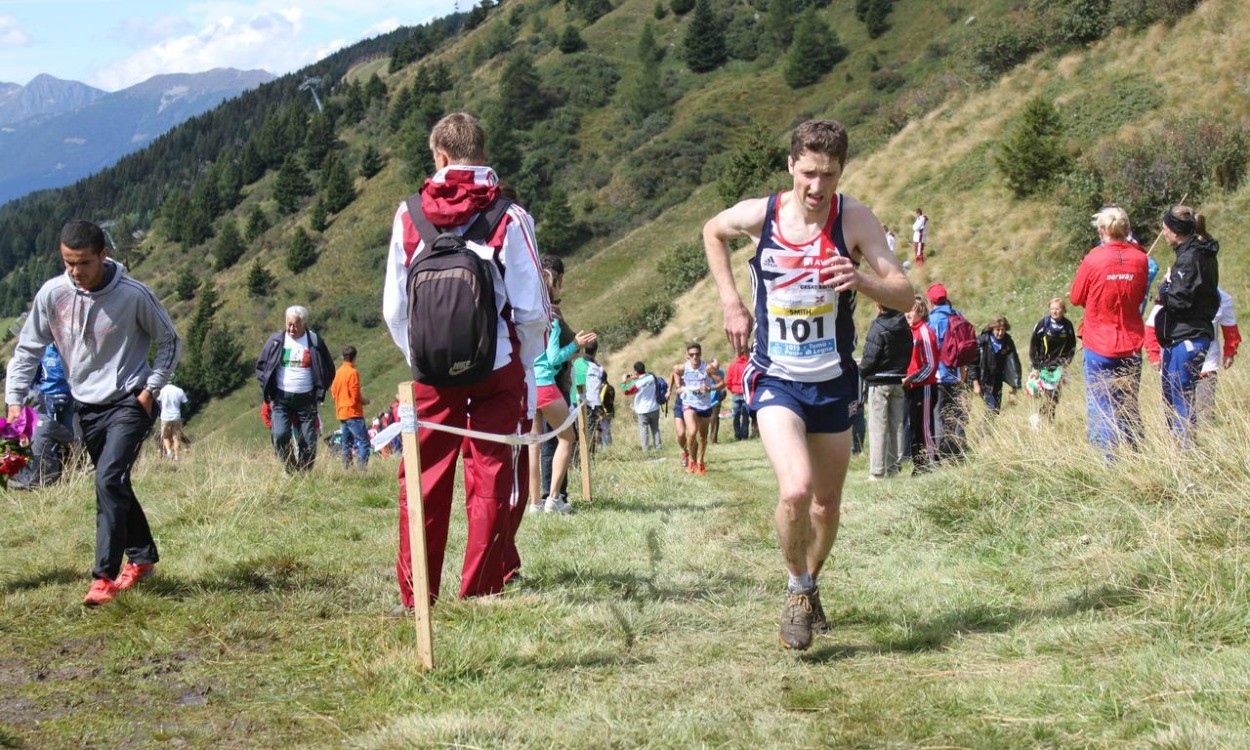 Surprisingly mountain runner Chris Smith doesn’t live amid the hilly terrain which most think is necessary to re-enact the specific sessions to counter the steep gradients in the races.

Smith started off running by joining his father – a sub-three hour marathoner – on a run at the age of 11 or 12. Not long afterwards, he entered a fun run along with his two older brothers and ended up beating them. At that time the nearest club was Aberdeen AC and his parents would ferry him the 20 miles each way on Monday and Wednesday evenings.

Smith says: “I was a small teenager and thus enjoyed beating the bigger lads, which I did more readily at cross country. In my first year at the club I ran over 30 races with the best being runner-up in the under-13 Scottish Inter-Counties.

“If you ever fly into Aberdeen and head inland towards Inverurie, the landscape is dominated by a range of hills called Bennachie. I used to do my long runs up there and would enter the local junior hill race every year – it was a fun race to do rather than an aspirational race. However, even though the hills were on my doorstep, all I wanted to do was reduce my track times and get a medal at the East District cross-country championships.”

Fast forward 20 years, after reading Feet in the Clouds by Richard Askwith – a book about a Londoner taking up hill running – a selector emailed Smith to encourage him to try out a few hill races after noting his fourth placing at the Southern cross country and eleventh in the English National cross country in 2011.

The 37-year-old points out: “I’d pretty much tried every surface including track, cross country and roads and had raced distances from 800m up to the marathon, so hill running represented a fresh focus for my running. I had done a few fell races over the years and had claimed the Bennachie course record so I wasn’t a complete novice at all.”

“I like the quote from tennis great Arthur Ashe: ‘Start where you are, use what you have, do what you can’ “

So just how does mountain running work when living in the South? The Thames Valley Harrier says: “I usually just say I do hill reps, but a lot of them! I like the quote from tennis great Arthur Ashe that I always fail to remember: ‘Start where you are, use what you have, do what you can.’ I used to work in an eight-storey building. Every morning I would take the stairs and walk briskly to the top, two steps at a time. By the fourth flight I would be breathing lightly, by the eighth my quads would start to burn and I would have to control my breathing. I must admit I would always take the lift down to the first floor where I worked though!”

The eighth-placed athlete at last year’s European Mountain Running Championships in Borovets explains: “Many of the fell running legends always mention the importance of the training that they did on the track or road, so it’s important to keep these elements. During a typical race you run at so many different speeds and leg cadence. You have to be able to go through the gears and learn the different styles of running depending on the terrain.”

Smith’s year is split up into cross country during the winter and mountain running during the summer months. His advice for those who want to take up this side of the sport seriously is: “Be more curious about mountain running and look to see what iconic races there are in the UK and the European circuit of races. There are so many inspirational races to do.”

Smith, who finished 19th at the World Mountain Running Championships last year in Krynica, adds: “Two thirds of the training isn’t much different from cross-country workouts. My old coaches in Aberdeen, Ken and Joyce Hogg, instilled drills and plyometric work into me from the age of 13. Not only does this improve your strength and muscle reaction to impact, but it improves spatial and body awareness. It all helps when you are flying down a hill when foot placement is crucial and needs to be intuitive. They also taught me about Kenyan hills – a continuous 800m or so of undulating hilly loops that you run fast for up to 10km.

“I always try to fit in a 3km-10km- paced active-recovery interval track session each week. There are often lots of transition periods in the races between the steep up or down, so you need to be able to recover while still running fast.

“I’ve now moved out of London and live near the South Downs. One of the key sessions in the build-up to last year’s European’s was running 6x5min 20sec hill reps with two minutes recovery of steep rolling decline. Finding a location where you can maximise the hill length and minimise the recovery can be tricky.”

Interestingly, Smith says of the mountains: “The terrain, race profile and weather play a role in how you approach a race and so you have to work that into your mindset. I have never viewed a hill or steep race profile or unfavourable weather conditions as anything other than something that will be to my advantage.”

Smith’s short-term goals include the British Athletics Mountain Running Challenge this summer, the first event of which is the Inter-Counties on May 17 at Witton Park. His long-term focus is on the World Mountain Running Championship in Wales next year. He says: “It would be great to run on home turf.”

Monday: Run with backpack for 40min
Tuesday: (Lunch-time) Run round Hyde Park for 30-40min (pm) Battersea Track: 2 mile warm-up. 3x200m strides. 4x400m, 800m, 300m, (100m float in 22 seconds). Lap jog between sets. 1.5 mile warm down
Wednesday: Run with backpack for 40min. 20min of core work
Thursday: (Lunch-time) Run along South Bank for 30-40min (pm) Road. 1.6 mile warm-up. 1km, then 1km 10-15 seconds slower x 6-8. 1.7 mile warm down
Friday: Rest day
Saturday: Gravel/grass. 15min warm-up. 6x5min 20sec hill climb with 2min downhill recovery. (Depending on the profile of my next race I try to run a similar gradient as much as possible and adjust the number of reps if the hill is shorter.) 15min warm-down
Sunday: Would normally do 1hr 30min to 2hr run and alternate between a hilly or flat course depending on how much uphill/downhill work needs to be done. I had a little niggle so replaced the run with 1 hour of tempo cycling which includes a six-minute steep climb.