How they train – Alison Leonard 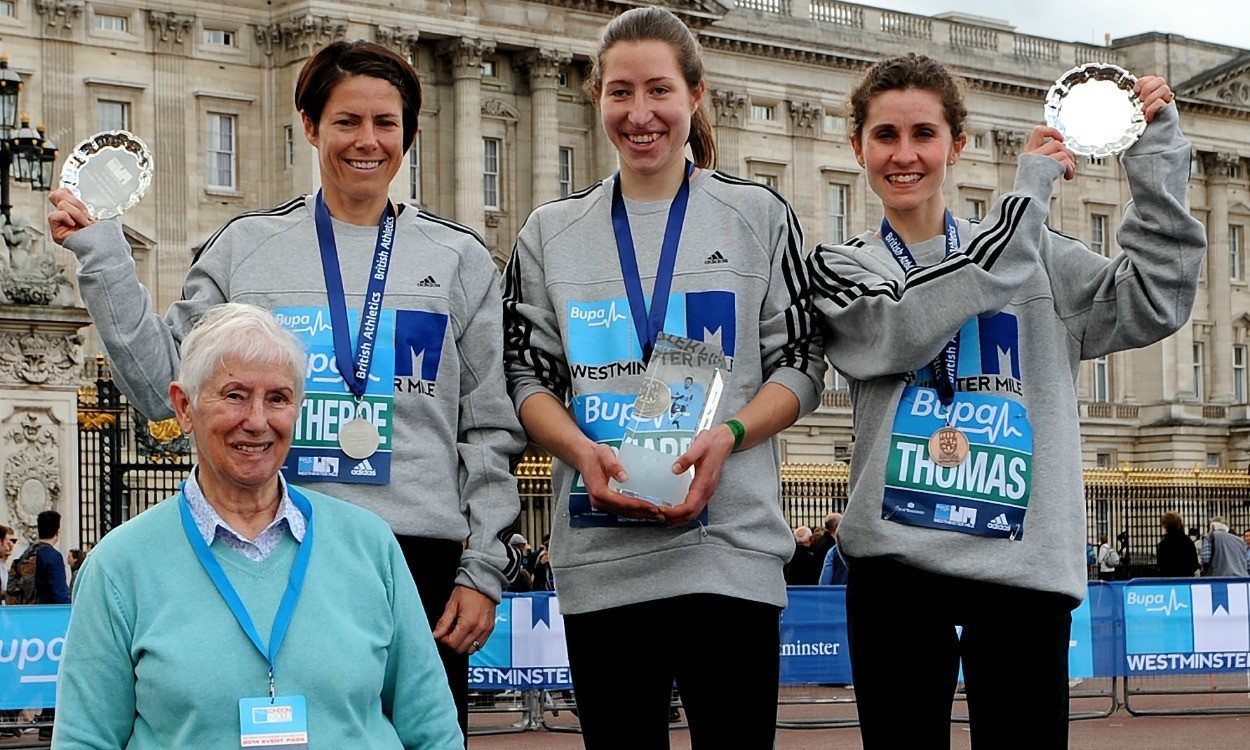 This summer in Zurich, Alison Leonard competed at the European Championships – what she hopes will be the first of many more senior major championships appearances.

Not all went to plan, though, as Leonard explains: “The short of it is that I was really happy with my heat (first in 2:01.47) where I ran with confidence. I was less confident, though, in the semi-final, but still went in with a good attitude and was hoping to qualify for the final. I got pushed quite a lot during the race and the last push knocked me off my stride.

“I then reacted badly – basically I panicked. By the time I got my head back in gear I had lost the pack and then panicked again. I was really disappointed in the way I reacted, however the most important thing is that I learn from it, which I’m trying to do. I’m also trying to learn to react better in races when things don’t go according to plan!”

Like many others, the 24-year-old started in athletics as a youngster through her mother, who ran at the local club, Chorley Harriers. Leonard says: “I pestered her to let me go to the junior section and they let me start when I was aged nine. From there I moved to Blackburn Harriers around five years later and began training with Arthur Almond’s group.”

The Birmingham University-based athlete looks back at her career and tells me about her first breakthrough race. She recalls: “I ran 2:08 for 800m at the age of 16 in one of my first races of the season and was selected for the Loughborough International and I thought there could be something there. I had a very successful junior career but struggled to make the transition to senior competition for a number of reasons – I questioned myself quite a few times if I could actually make that difficult transition.”

However, it was this year’s Glasgow Diamond League where she realised she could make that move up. “I’d had a best of 2:01.8 since 2010 and, although I’d been consistently there or thereabouts this year, I had been there for so long that making the jump down to 2:00.08 was such a shock. It definitely made me think that finally I could perhaps get a senior GB vest after all.

“I was just really happy and wasn’t disappointed to miss out on going sub-two. I was, however, somewhat upset not to consolidate that time. My next best was still 2:01 and I believe I could have run that again, but it would have been good to repeatedly hit similar marks.”

Starting her 2014 summer campaign with a rare outing on the roads of London and a classy victory at the Westminster Miles, she left the likes of Helen Clitheroe, Charlene Thomas, Emelia Gorecka and Julia Bleasdale in her wake. Leonard (pictured above at the event with Clitheroe, Thomas and Diane Charles, the first woman to run a sub-five-minute mile) recalls: “I really loved the race. It was a last-minute decision to run and it was fun to get off the track and away from the pressure of racing for times every week.”

With good consistency over the course of this summer and ducking under 2:02 on five occasions, she hopes a sub-two is on the cards for next season. The talented and somewhat under-rated athlete said: “I have consolidated my PB more this year and fingers crossed I’ll have the chance to do that and go even quicker next year.”

Leonard is one of the athletes currently in Kenya on a UKA training camp. Ahead of the trip, she said: “It’s a bit of an experiment as I’ve never been to altitude before and I have no idea how I will respond. If it works well though, I would hope to go out again next year – but I’ll just have to see.”

With the World Championships in China next year, the Bud Baldaro-coached athlete adds: “This summer has made that a realistic goal for me – realistic, but still very hard to achieve. There is no doubt I’ll have to run a PB just to qualify, and that’s before you take into account the outstanding quality in women’s 800m in the UK at the moment. That’s a good thing, though, as it spurs us all on.”

A glance at the Power of 10 statistics shows cross country doesn’t play a major role in her winter development. Leonard is quick to point out: “I do a few! Mainly the shorter ones like Mansfield relays though. I think it’s crucial to build a good base in the winter and cross country can play an important role in that. Almost all of our autumn sessions are on grass, but I tend to draw the line at around 5-6km cross country races. At this point I think it starts losing relevance to 800m-1500m runners.”

Regarding how her training has changed over the years, she explains: “I’ve definitely become more of a 800m-1500m runner, whereas when I was younger I was more pure 800m with perhaps a bit of 400m too – I hated doing 1500m! I do more miles now that I am coached by Bud, but still not huge numbers – they’re run at a faster pace too.

“I also have a lot less recovery on most of my reps now. When I was an under-20 I’d have two or three minutes recovery between reps – now I think 90 seconds is luxury during the winter! Part of that has been deliberate on the part of Bud, but it’s also a natural progression as you get older.”

Leonard wants to have an injury-free winter and spring with perhaps some 1500m races indoors and then build on this year’s track season during next summer. She adds of the long-term: “I just want to see how far I can take it. My last goal was to qualify for a major championship, now I need to keep pushing forward and start trying to make a mark at those. I’d also like to get the opportunity to race in more meetings such as the Diamond League.”

Currently, Leonard’s favourite session is 1x500m quicker than 800m race pace and followed by a set of 200m reps. Her least favourite, though, is not surprisingly a tempo session of 3×7 minutes or 2×10 minutes.

Although she finished Birmingham University in 2011, she worked in the sports scholarship office for a year after graduating, and since then she has been doing 21 hours a week for the British Red Cross first aid department. She adds: “I’ve just handed in my notice though, and from Christmas this year I will be attempting to be a full-time athlete!”