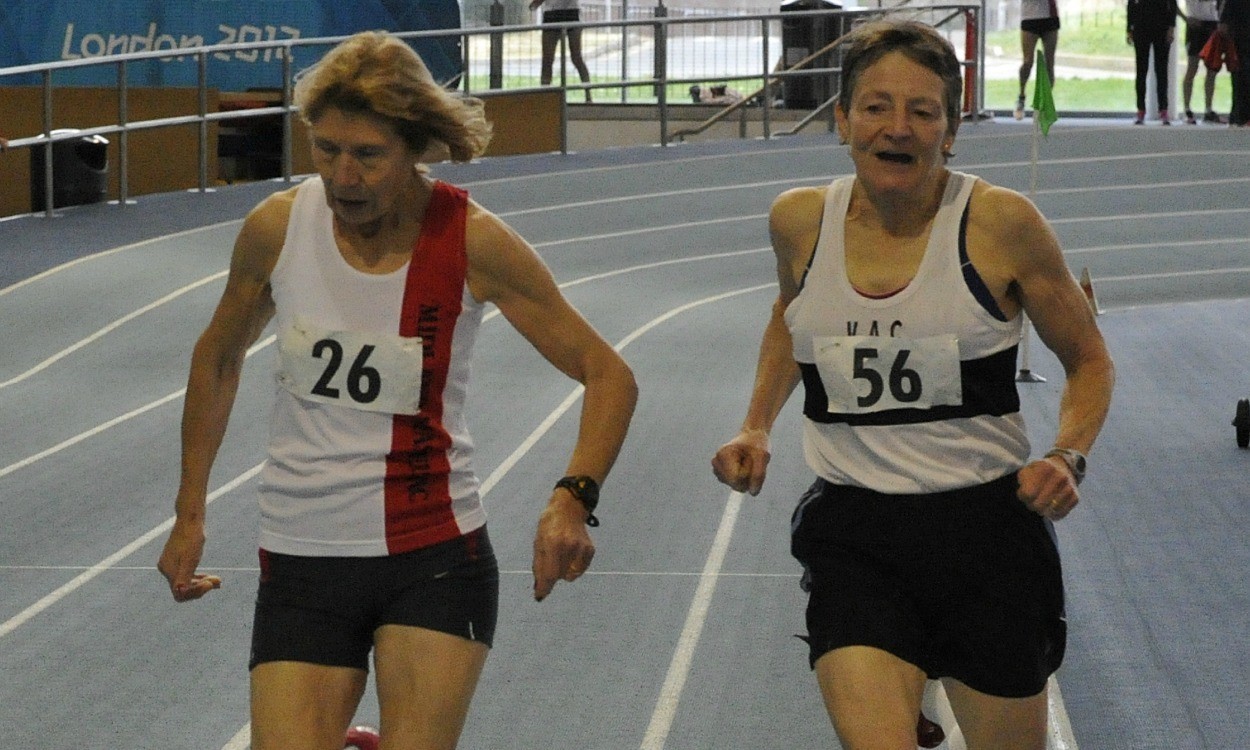 Angie Copson, Ros Tabor and Darren Scott among athletes who will compete at Lee Valley this weekend

Some of those competing at Lee Valley on March 7-8 have already set world indoor records this winter en route to the European Indoor Masters in Poland later this month.

W60 Caroline Powell set a 400m record of 64.76 last winter and is already down to 65.02 this season. She seeks further improvement as she is up against Helen Godsell in the sprints.

Since turning 60, Ros Tabor has battled with multiple world record-holder Angie Copson. However, now that they are both in the W65 class, Tabor has moved down in distance and over the shorter races has the measure of her rival, who still dominates in the longer events.

Also in action will be Mark Johnson, who set a British M50 indoor pole vault record of 4.54m at Carshalton last month.

The championships also include an outdoor winter throws meeting where javelin, discus, hammer and heavy weight are on offer.

The walkers have two events and Francisco Reis (M50) and Ian Richards (M65) are the stand out athletes here.

»  See the March 5 edition of Athletics Weekly magazine, available in shops now or digitally here, for more on the British Masters Indoor Championships by Martin Duff