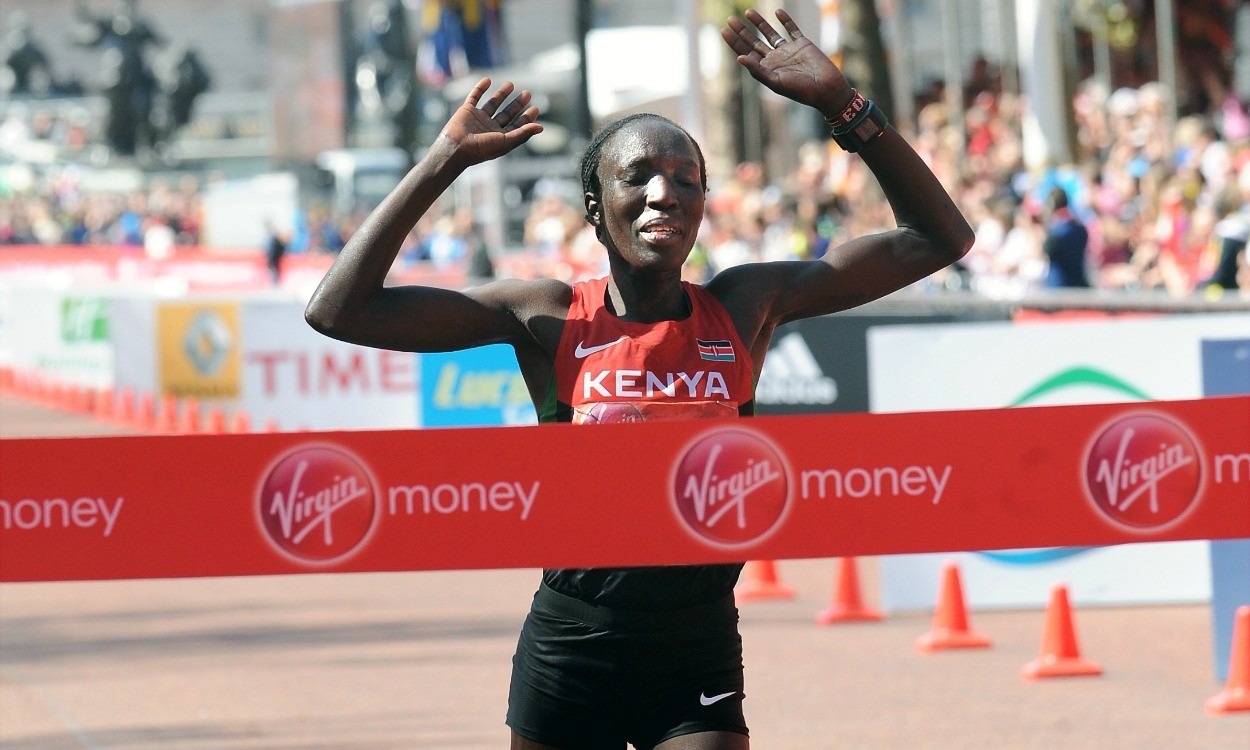 Edna Kiplagat to defend her title and take on Florence Kiplagat, Priscah Jeptoo and Mary Keitany in April, with Paula Radcliffe due to take to the streets of the British capital to run her final marathon

Three former winners and the half marathon world record-holder are set to be among those who will be battling it out on the streets of the British capital in April as Edna Kiplagat, Florence Kiplagat , Priscah Jeptoo and Mary Keitany form part of the elite women’s line-up for the Virgin Money London Marathon.

The world record-holder for the full 26.2 mile event is also set to be in action, with Paula Radcliffe due to make her marathon career swansong at the race at which she wrote her name in the record books thanks to that 2:15:25 clocking in 2003.

Radcliffe has not been included in the initial list of elite entries but last summer the three-time London champion told AW how she would decide nearer the time whether to run from the elite start or the mass start and is set to announce her plans at the end of this month.

The two Kiplagats, Jeptoo and Keitany are among seven athletes in the elite line-up who have gone sub-2:22, while a total of 10 have gone quicker than 2:25.

“Once again we are delighted to be able to announce one of the strongest women’s marathon fields ever seen,” said race director Hugh Brasher. “With our last three champions and the world half marathon record-holder, these athletes can truly be called the Fantastic Four.”

He added: “We are also absolutely thrilled that Paula has chosen London for her final marathon and we know the British crowds will be out in force on April 26 to celebrate her extraordinary career. This is a fitting celebration of marathon running in our 35th year.”

Edna Kiplagat will be looking to repeat her victory of 2014 when she overcame namesake Florence by three seconds in the closest women’s race for 17 years. Jeptoo’s London victory came in 2013, while Keitany triumphed in 2011 and 2012.

“Winning my first London Marathon title on my fourth attempt last year was a special moment for me,” said Edna Kiplagat, who finished third on her London debut in 2011 and has also twice been a runner-up.

She added: “Now I have tasted success in London, I am determined to win again. But I know it will be tougher than ever in 2015. Florence will be hungry to win after getting so close last year and both Priscah and Mary will be doing their best to be number one again.We have all had some great races in London in the past and I am sure it will be even better this year.”

The 2014 New York City Marathon winner, who also claimed the Great North Run title in September, added: “I have had great success in London before and will be training hard to win my third title.”

Radcliffe is set to be joined in running the event by fellow British athlete Emma Stepto, the 44-year-old who last year improved to 2:32:40. Sonia Samuels, a top-20 finisher at the 2013 World Championships, and Rebecca Robinson, a GB representative at the 2010 Europeans, also head the domestic entries in the elite line-up.

The elite men’s field has already been announced, with Wilson Kipsang and Dennis Kimetto set to be joined by the likes of Kenenisa Bekele, Emmanuel Mutai and Eliud Kipchoge. You can find the elite men’s line-up listed here.