Toby Harries is a fast learner 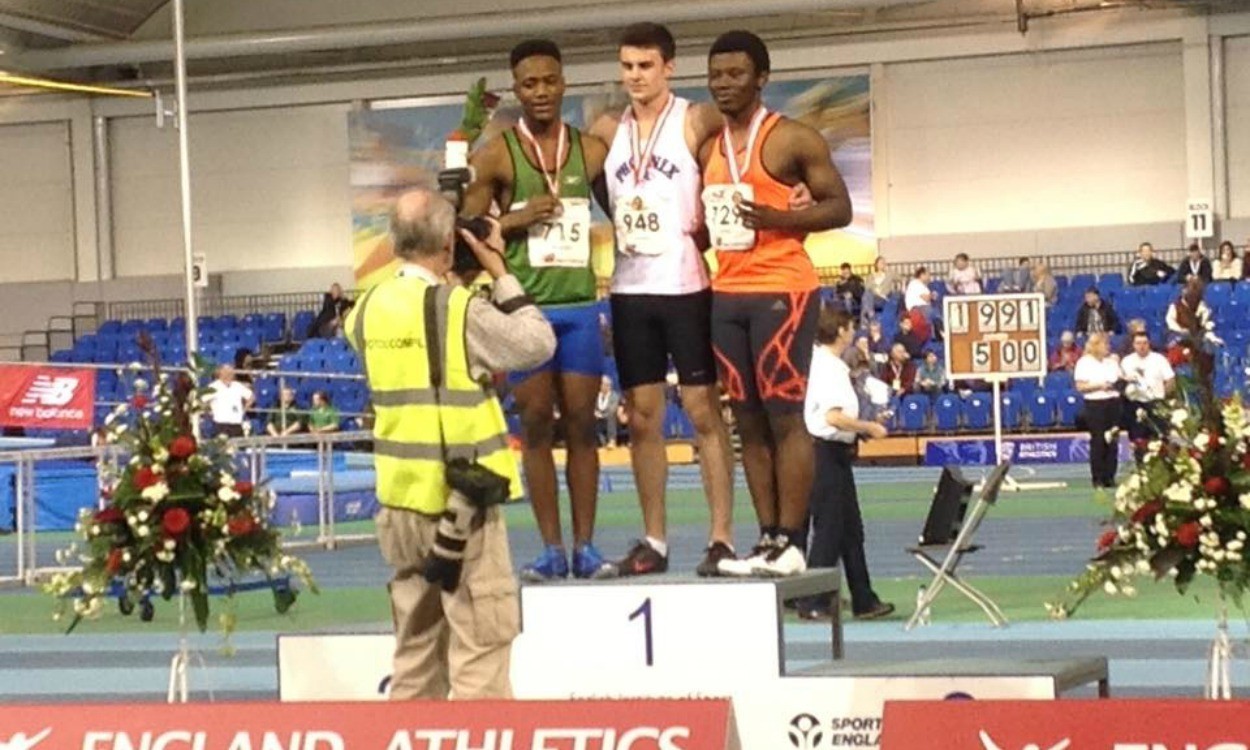 Despite only training once a week, sprinter Toby Harries is quickly making a big impression in athletics

Sixteen-year-old Toby Harries broke the UK indoor under-17 200m record when clocking 21.46 to win the England Athletics Under-17 Indoor Championships earlier this year.

What makes this feat even more remarkable is that the talented teenager had only been training for athletics once a week, due to also playing rugby at a high level.

“Based on my training, I knew that I had a good chance of taking the gold, but up against so many great athletes, of course I had my doubts,” reveals Toby, who also took bronze in the 60m, having set a PB of 6.91 in the semi-final. However, even the ambitious athlete himself was surprised with the manner in which he took victory in the one-lap discipline.

“I knew I would leave everything on the track in order to take first place. Crossing that line was a mixture of relief and utter triumph. When an official told me I’d broken the record, I think I was as shocked, if not more so, then everyone else,” he adds.

Indeed, it was a performance that broke a 17-year-old UK record that had belonged to 44.56 400 man Tim Benjamin, thus emphasising the magnitude of Toby’s performance.

Coached by Jon Bigg, it was not the Brighton Phoenix athlete’s first taste of athletics success. He had won the National Prep Schools’ 100m and 200m in year six, year seven and year eight in 2010, 2011 and 2012 respectively. Although a serious knee injury prevented him from doing any athletics in 2013, Toby bounced back to claim silver at the English Schools last year, which earned him selection to represent England in the SIAB Schools International, where he also finished second.

Clearly Toby soaked up the atmosphere, as he reflects: “The English Schools was hugely inspiring to see all the other incredible athletes. I felt honoured to be representing the Sussex team, as well as having the experience of running and doing so well in my 200m event.” However, there is a small part of the event that he would like to forget. He adds with a smile: “Falling over the finish line is something I hope to never repeat.”

Despite not having trained much for athletics to date, Toby is clearly in good hands, as he trains alongside Bigg and wife Sally Gunnell’s son, Finley, who himself was an English Schools 400m medallist last year. Undoubtedly inspired by his performances and the successful team he has around him, Toby vows: “As the rugby season comes to a close, I am aiming to train more and more in the very near future.”

It is not easy to balance training for two sports at a high level and Toby knows that one day he will have to make the difficult decision and choose which sport to concentrate on. But for now, he hopes to combine both sports and thinks the two complement each other.

Speaking about rugby, which he plays four or five times a week, and how it helps his speed, he reveals: “Recently, I was selected for south east England after making my way up through county side Sussex and Harlequins’ elite programme. The programmes that I have been involved in have allowed me not only to advance my rugby, but also my athletics. As a number 11 wing and a sprinter, the sports very much interlink. The training for each has allowed me to progress in both sports.”

Well aware of the demands that his sporting life places on his family, Toby gives them his final words of praise. “I am really grateful to my family as they transport me to my events and support me hugely, giving me inspiration to perform,” he explains.

You can find further performance stats on Toby on Power of 10 here.