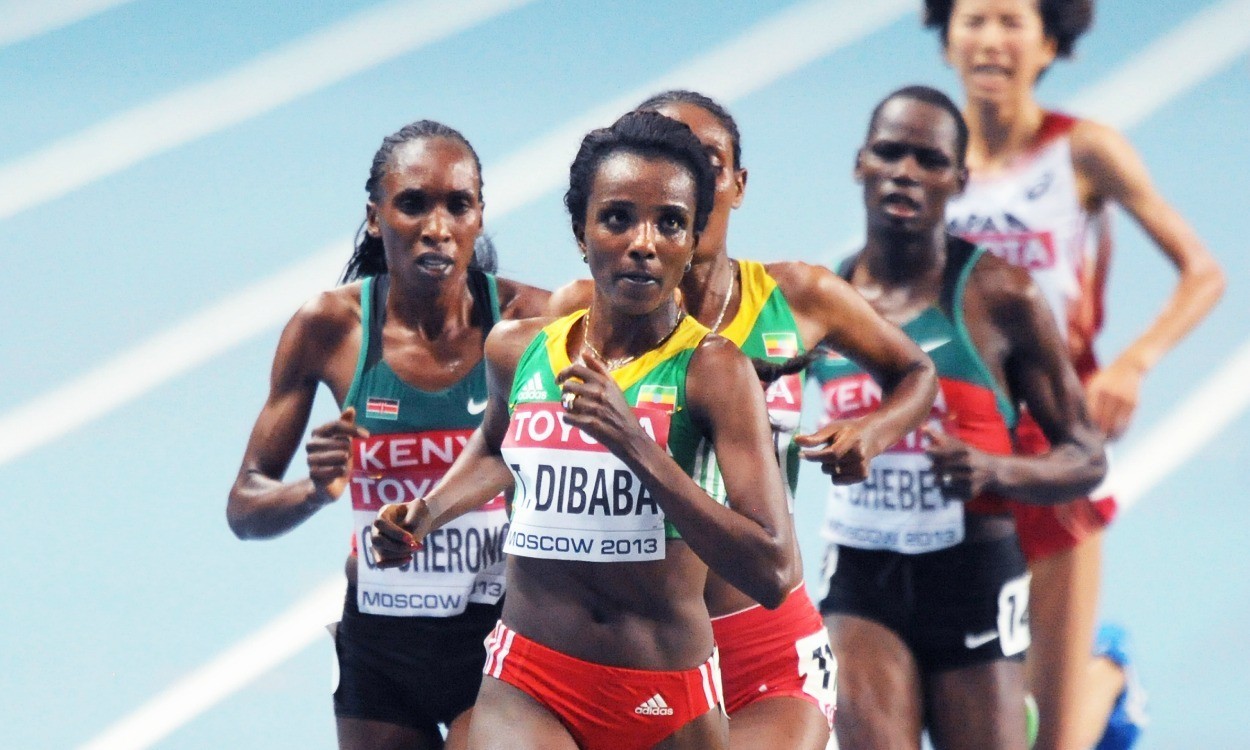 Three-time Olympic gold medallist will not defend her world 10,000m title as it is announced she is pregnant with her first child

Tirunesh Dibaba is pregnant with her first child and so will miss the 2015 season, the IAAF has confirmed.

This means the three-time Olympic gold medallist will not defend her world 10,000m title in Beijing, Dibaba’s victory over 25 laps of the track in Moscow last year being the Ethiopian’s fifth world gold.

The 29-year-old, who is married to two-time Olympic and three-time world silver medallist Sileshi Sihine, has concentrated on road racing in 2014.

Dibaba made her marathon debut at the Virgin Money London Marathon in April, running 2:20:35 for third place behind Kenyans Edna Kiplagat and Florence Kiplagat.

She later clocked 31:09 when retaining her Bupa Great Manchester Run title in May.