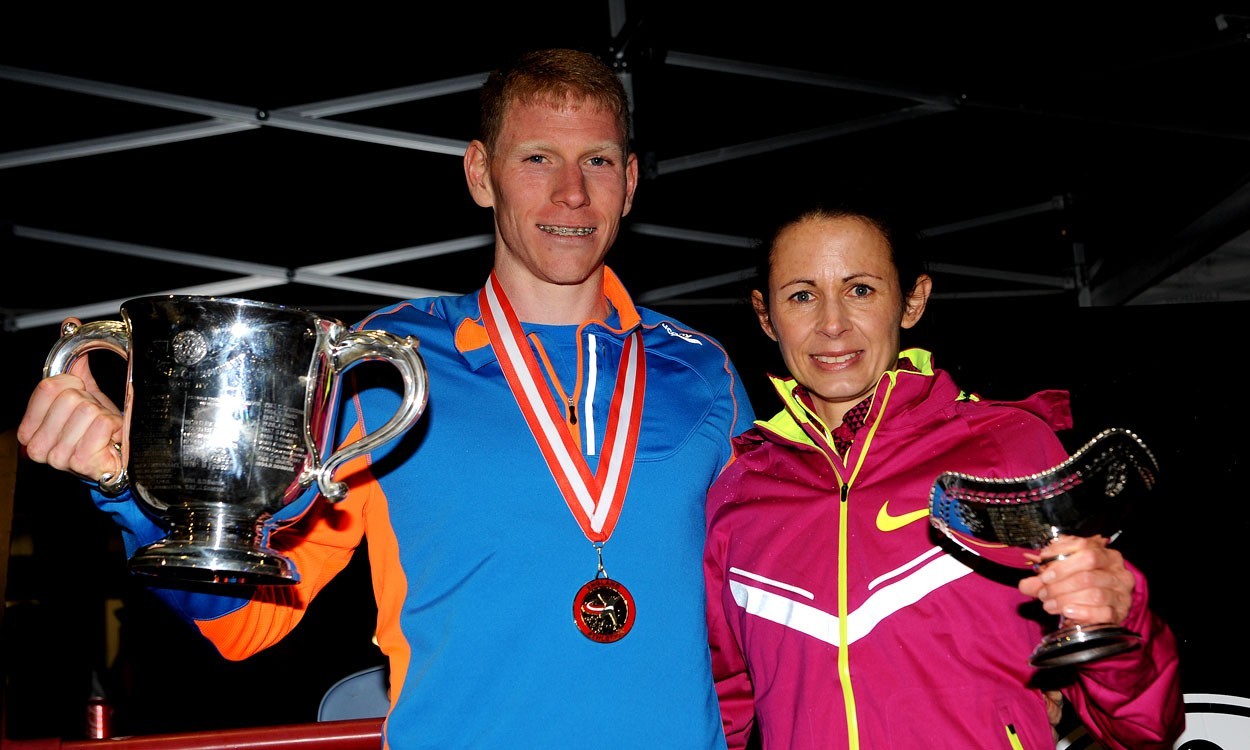 Andy Vernon and Jo Pavey took the British and English 10,000m titles in European Championships qualification times, while Chris Thompson and Beth Potter joined them in securing selection for Zurich.

Looking for the Zurich time of 28:40, Vernon went through halfway in 14:21 before pulling away from Thompson in the faster second half and clocking 28:26.19.

Thompson already had the qualifying time from last year and only needed to finish second to guarantee selection. He was running with Jonny Mellor for the last 4km, but pulled well clear over the last lap to finish 23 seconds adrift of Vernon. Mellor was a further three seconds behind.

Appearing on the track for the first time since finishing seventh twice at the London Olympics and in her first race since giving birth last September, Pavey was well inside the European time with 32:11.05. Her time also took more than two minutes off the UK W40 10,000m record.

“Really enjoyed being back on the track tonight,” she tweeted. “Crowd was absolutely awesome!”

The Devon athlete moved clear of European cross-country champion Sophie Duarte of France in the seventh kilometre. Scotland’s Beth Potter had a strong second half to move up to third behind Duarte with 32:45 to go 15 seconds under the European standard and five seconds under the Scotland Commonwealth Games target.

Potter’s time means she is lined up for European selection despite being ranked only sixth in the UK this year. Julia Bleasdale, as the fastest Brit in 2014, could gain the other place.

Two of the best-quality domestic 10,000m races in Britain for several years followed three other graded 10,000m events, as all together more than 100 athletes lined up.

Knowledgeable spectators gave vociferous support while forming a ring of around the runners in lane four of the track. They may have provided a small amount of shielding from the wind and created a great atmosphere but with rain at times too conditions were tough.