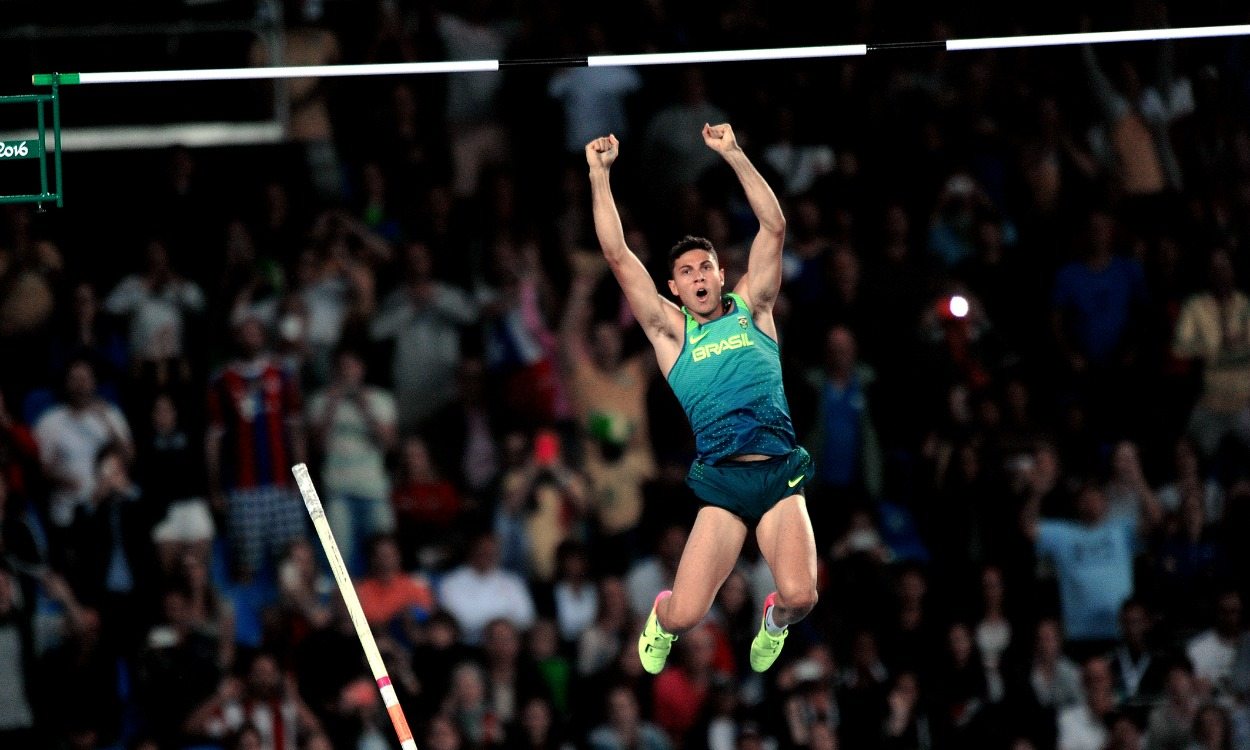 Battling challenging weather conditions as well as more experienced rivals, the 22-year-old Brazilian hit new heights when it mattered the most to gain a second gold of the Games for his nation. World record-holder Lavillenie was forced to settle for silver with a best of 5.98m, while bronze went to USA’s world indoor silver medallist Sam Kendricks after his clearance of 5.85m.

Powerful winds a few hours before the final did not bode well and things got worse when the gusts blew in the rain clouds. As the contest got underway the heavens opened and the competition was suspended. After a tense wait, the few jumps taken during the rain storm were scrapped and the competition started afresh.

Da Silva entered the competition at 5.65m and cleared that on his first attempt while Lavillenie got started with a first-time clearance of 5.75m, a height which took the Brazilian two goes.

Both cleared 5.85m first time, then the Frenchman soared over an Olympic record 5.98m. With silver secured, Da Silva knew he would need to clear 6.03m to be in with a chance of taking the title so skipped straight to that height. He managed it on his second go, and while Lavillenie, taking to the runway to the sound of boos from the crowd, had one go at 6.08m after failing twice at the eventual winning height, he had to admit defeat.

“I am very happy,” said the winner, who is coached by Vitaly Petrov and added a total of 10cm to his PB. “We worked really hard for this moment, not for the gold, but to take a medal. For Brazil, it is amazing. I try to do my best for the people, they believe in us.