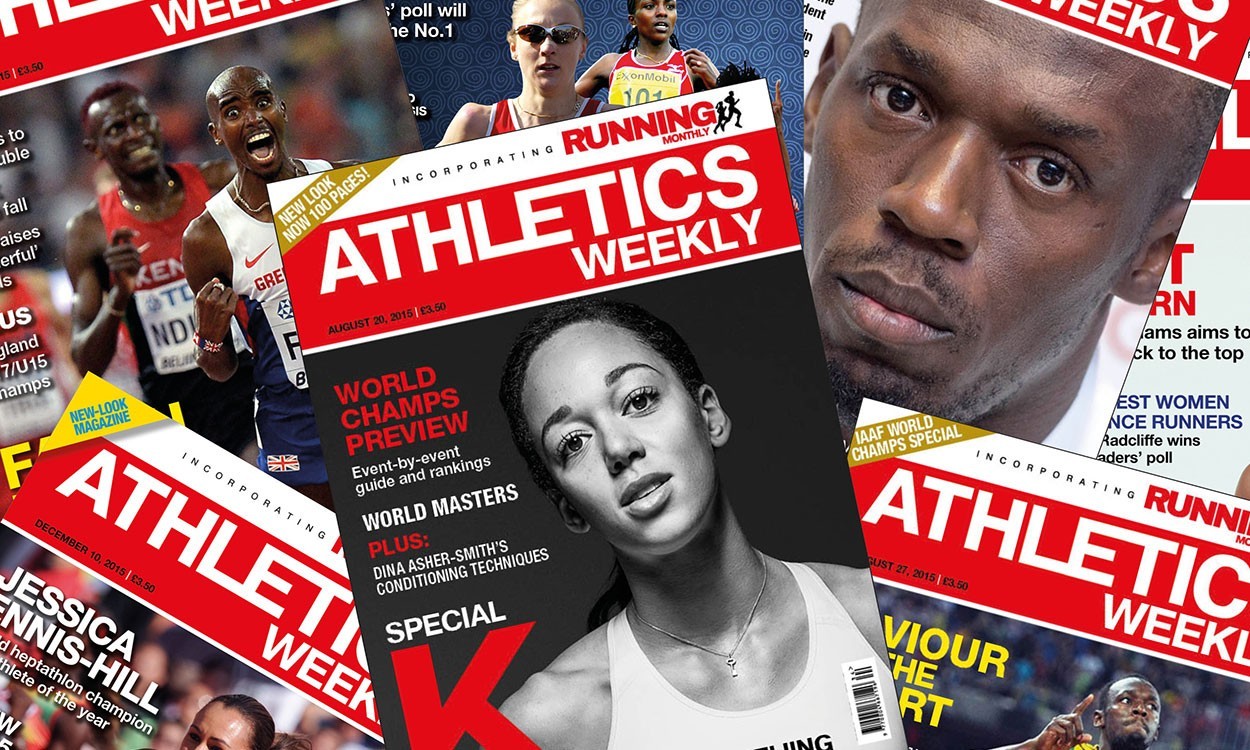 The covers of Athletics Weekly magazine provide a snapshot of what is going on in the world of athletics and so the front pages in 2015 give a glimpse of what have been some of the stand-out moments – both good and bad – in the sport during the last 12 months.

As TV commentator Alan Parry once said: “If it hasn’t been in AW, it hasn’t happened!” and the AW cover is our chance to shout about top performances and the biggest news.

Which covers have been your favourite, or who would you have liked to have seen on the front of the magazine? Let us know by sending a tweet to @AthleticsWeekly or popping a post on Facebook.

The first edition of AW for 2015 featured Katarina Johnson-Thompson, Lynsey Sharp and Martyn Rooney as cover stars as the magazine looked forward to the year ahead.

Paula Radcliffe drew the curtain on her magnificent marathon career in April by running 2:36:55 in London and was the AW cover star for the April 30 edition which included in-depth London Marathon coverage.

Taylor Campbell broke his own British junior hammer record mark with 78.74m in June, landing him a place on AW‘s front page. That edition also paid tribute to one of the distance greats, Ron Clarke.

Usain Bolt’s first AW cover of 2015 came at the end of July following his 100m victory at the London Anniversary Games. Dina Asher-Smith and Shara Proctor both broke UK records in the British capital and Asher-Smith’s 10.99 for 100m was also celebrated on the front page.

The August 13 magazine was the first edition following AW‘s redesign and featured Usain Bolt on the cover as well as a Seb Coe column inside and a look at the top World Championships moments ahead of Beijing.

Katarina Johnson-Thompson was our cover star for our IAAF World Championships preview edition, while Usain Bolt, Jessica Ennis-Hill and Mo Farah stormed on to the front pages following their golden performances in Beijing.

We asked, ‘Can Seb save our sport?’ as the doping scandal deepened following the release of the first part of a WADA Independent Commission report in November.

AW reached 70 years in December 2015 and our December 3 magazine was a special celebratory edition.

You can find all of the AW covers from 2015 listed here.