The high life for Mariya Kuchina 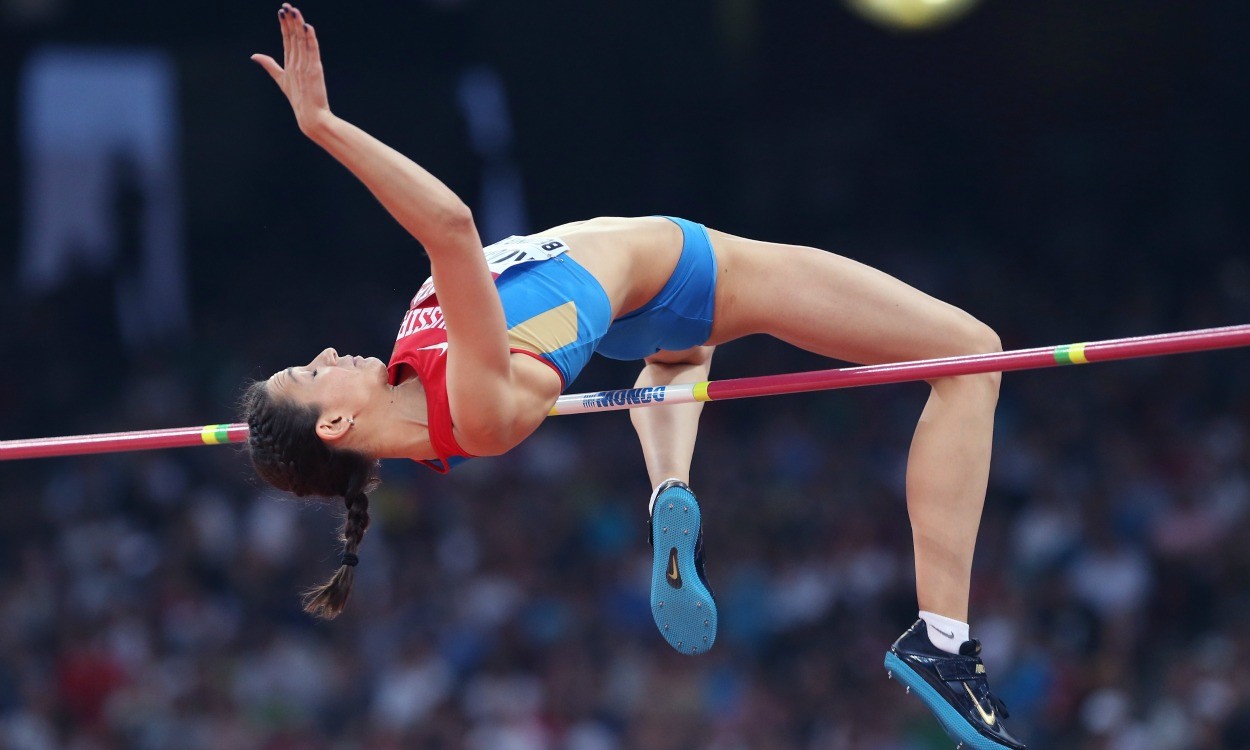 A loaf of bread for a gold medal may not seem much of a return, but that is what high jumper Mariya Kuchina was offered after she returned home from her exploits at the World Championships this summer.

It has to be said it was not just any old white sliced but a karavai, a specially decorated Russian bread baked for a celebration. It was what she was presented with when she arrived back in her home town of Prokhladny in the Caucusus.

Prokhladny, which has a population of 60,000, is where it all started 15 years ago when Kuchina was spotted by local coach Gennady Gabrilyan. One year later she started to concentrate on the high jump.

Fast forward to Beijing 2015 and Kuchina is waiting to make the vital first-time clearance at 2.01m that was to give her world gold and an outdoor PB to equal her indoor best from the previous year. “You should have seen how my legs were shaking. I tried to hide it as best I could,” she explained.

She certainly succeeded at that. One of her prime weapons is an undemonstrative appearance. It was hard to imagine she was jumping for one of the biggest prizes on offer in athletics.

After defeating Croatia’s Blanka Vlasic and the Olympic champion, fellow Russian Anna Chicherova, Kuchina travelled on to Brussels for the Diamond League final where she once again won, equalling her personal best of 2.01m, and she took three attempts at what would have been a world-leading 2.04m. She came agonisingly close with her third attempt.

“There was very little contact with the bar but it fell off. I am not upset, more angry in a good way,” said the 22-year-old.

“I wanted to improve my personal best. In any case, I need to get used to this height,” she concluded with an obvious eye on next year’s Olympics in Rio.

Gabrilyan is not the only coach Kuchina has had. When she moved north in 2010 to the bustling metropolis of Volgograd to study physical culture at the State Academy, she came under the influence of Boris Gorkov, the man who guided Yelena Slesarenko to Olympic gold.

“You should have seen how my legs were shaking. I tried to hide it as best I could” – Kuchina on Beijing 2015

Kuchina is from a sporting family. Her father played basketball, while her mother was a volleyballer. But it is Gabrilyan she constantly refers to as the most influential guide to her career. In Beijing she paid homage to him. She said: “The Masha [Mariya] you saw today was prepared solely by my coach, Gennady Gabrilyan. He made a fairy tale come true.”

The road to that fairy tale began six years ago at the IAAF World Youth Championships in Bressanone when Kuchina collected silver with 1.85m behind an athlete who was to dog the Russian’s career, the host country’s Alessia Trost.

The following year she turned the tables on the Italian in the youth Olympics in Singapore with a 1.89m clearance.

By 2011 she had progressed to the European junior title in Tallinn, improving her outdoor best to 1.95m. But earlier that winter she had already cleared 1.97m indoors for a world junior record. She appeared to be building an unstoppable momentum.

Despite the apparent triumphal march in her early career, there have been some notable slumps. In the summer of 2012, she travelled to the IAAF World Junior Championships in Barcelona, fully expecting gold, only to come away with a disappointing bronze after a best of 1.88m, seven centimeteres lower than her mark in Tallinn the previous summer. Trost was to beat her to that title as well.

But the following year she bounced back, taking World University Games silver and in the winter of 2013 sharing gold with Poland’s Kamila Licwinko at the World Indoors.

But then there was another setback when she could do not better than silver with 1.99m at the European Championships in Zurich 2014 behind a resurgent Ruth Beitia of Spain, who had come out of retirement.

But in 2015, Kuchina put all the disappointments behind her with what was to crown her career to date and set her up as one of the strong favourites for the Olympic title in Rio.

“I was just hysterical. It’s crazy. I thought this can’t be happening to me. I am too young for this” – Kuchina on her victory in Beijing

Her annus mirabilis began in the European Indoors in Prague where she once again trumped Trost, both jumping 1.97m, before in early summer adding the European Team Championships to her portfolio with 1.99m. But excellence for Kuchina would not be complete without another spectacular slump when she returned to Tallinn for the European Under-23 Championships, only to finish a lowly 12th with 1.71m. Typically, five days later she bounced back with a 2.00m PB in Monaco.

There followed her dizzying victory in Beijing, which she summed up with the words, “I was just hysterical. It’s crazy. I thought this can’t be happening to me. I am too young for this.”

Asked how she was going to celebrate, this most reserved of athletes answered that was not her style and she was off to bed. Maybe gold next year in the party capital of the world, Rio de Janeiro, might change her habits.