The Fall fails to disappoint 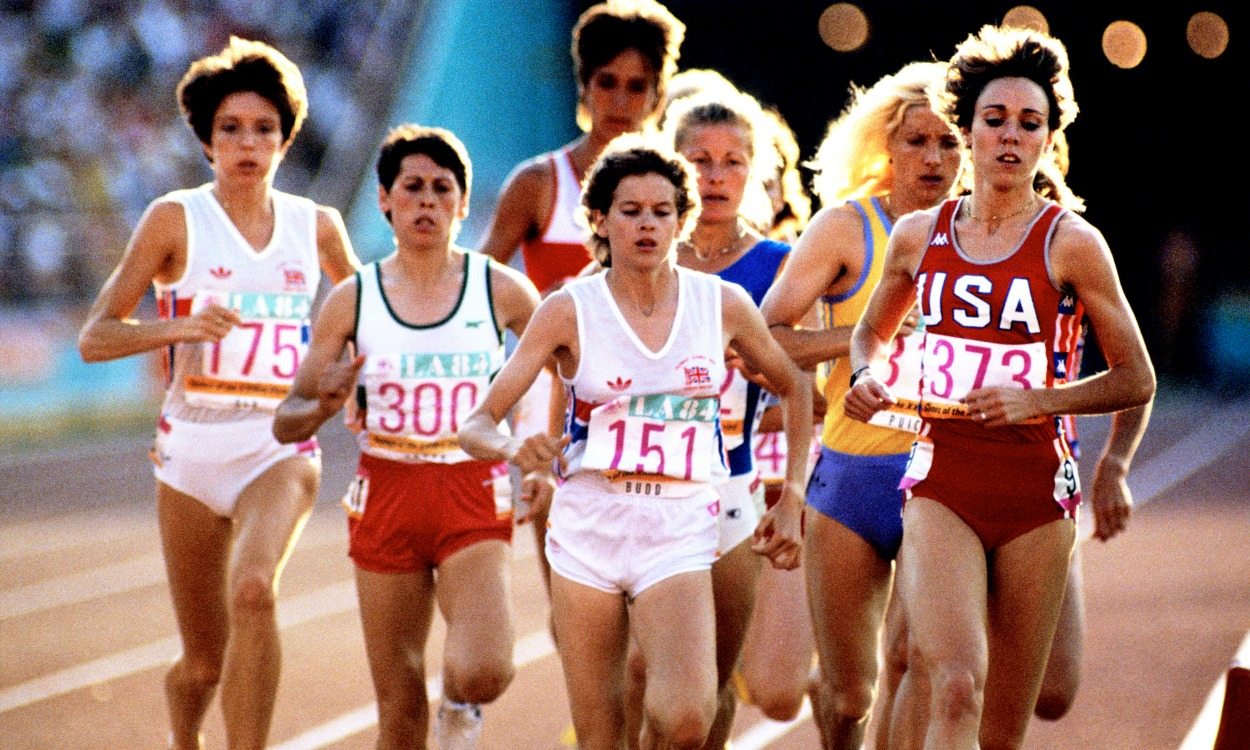 Zola Budd and Mary Decker have never been short of stamina. Despite being midway through a marathon round of interviews to promote the new documentary The Fall, they are still smiling and happy to chat about their remarkable lives. Appearances have included BBC1’s The One Show, BBC Radio 5 Live, Good Morning Britain on ITV and Sky News and on Wednesday night they attended the world premiere of the film at the Picturehouse Central in London’s West End.

As Zola arrived for the event she looked totally relaxed and is a polar opposite of the tongue-tied teenager who arrived amid such hoo-ha in England from South Africa 32 years ago. Naturally, her time spent in the UK means she is familiar with Athletics Weekly but she admits she does not follow elite athletics closely these days, preferring instead to focus on the athletes in her coaching group back home at Coastal Carolina University.

Mary also looks to be enjoying her week in England. As befitting the greatest American middle-distance runner in history, she still carries considerable aura and mixed easily with guests at the premiere alongside her husband, Richard Slaney, the former British discus thrower and strongman champion. Cathartic is perhaps a good word to describe her experience this week.

Back home in the United States, both ex-athletes live a relatively quiet life. Mary and Richard live in a picturesque area of Oregon and, like Zola, do not watch much modern track and field. Zola, meanwhile, resides in Myrtle Beach, South Carolina, with her golf mad-husband and three children. So this week’s media interest is something of a change, although of course neither are unfamiliar with publicity demands as they were, at their peak in the 1980s, two of the most famous sports stars on earth.

Before I comment on the documentary, I should declare an interest of sorts as the author of a book on Mary and Zola called Collision Course, which is published this week. Despite this, though, I have absolutely no links with the documentary and the simultaneous release of this film and my book is a simple and slightly bizarre coincidence. When I asked Zola if she thought this flurry of interest in her life story was surreal, she joked about her own mortality, saying: “Maybe everyone knows something that I don’t!”

Whereas my book has the space to cover the Budd-Decker life story in full, a documentary movie is under pressure to finish within a reasonable time. Given this, The Fall focuses primarily on Mary’s and Zola’s childhood and their rise through the athletics echelons until the pivotal moment of the Los Angeles Olympics in 1984 where their legs famously locked, causing Mary to tumble to the in-field in tears. Here, as it recounts their fascinating and surprisingly-similar backgrounds, it uses excellent archive footage of ‘Little Mary Decker’ – with her pigtails and braces – beating adult athletes in style as a teenager and showing an occasional glimpse of petulance by throwing a relay baton at a Russian rival during a Cold War clash in 1974. Likewise, Zola is captured breaking Mary’s world 5000m record – unofficially on South African soil – in January 1984 as the film swings back and forth from Mary’s story to Zola’s.

Imaginatively, The Fall uses novel ways to tell the story. At one point the modern-day Mary is seen talking to a group of high school athletes on the in-field of a track in the States and the questions from the kids and Mary’s answers provide a dialogue for part of the film. Again, to help the narration, several characters are gradually introduced to offer comments – such as long-time Daily Mail athletics writer Neil Wilson, former US Olympic team head coach Brooks Johnson, Mary’s mother Jackie and her former coach Dick Brown, who died earlier this year – and this cast of experts and accomplices punctuate the film with their insights.

Of these, Johnson is the undoubted star with a number of brilliant one-liners delivered with Hollywood-esque aplomb. The distinctive voice of BBC commentator David Coleman also weaves its way through the film as the final stages of various races are shown. This will especially appeal to those who look back fondly on the golden period of 1980s athletics. The nostalgia element is worth milking and The Fall does it nicely.

The film is not afraid to tackle controversy either. In one of the most revealing moments, Mary talks candidly about how her father cruelly vanished from her life when she was a child before she was then thrown around by one of her mother’s abusive boyfriends. In addition, Zola’s father, Frank, features briefly, including controversial details of his murder in 1989. Not surprisingly, there are also disturbing reminders of the apartheid policies of South Africa during the period.

The documentary has been described as a ‘Humpty Dumpty of a movie’ as it features two runners whose lives were left in pieces after the eponymous moment in Los Angeles in 1984 and they have subsequently never been properly reunited, nor made their peace in true, definitive style. Now, though, The Fall has allowed them to do this by providing an element of closure and the opportunity to meet each other in the LA Coliseum to film the documentary’s triumphant, climactic scene. In effect, they have helped put the pieces back together again.

This is the film’s greatest achievement. Simply getting them together to talk about the past and even jog around a stadium that is now dominated by American Football is the documentary’s overwhelmingly No.1 coup. It is something other documentary teams have tried – and failed – to pull off over the years but in 2016 the time was clearly right for it to happen.

If there is a criticism of the film it is that Maricica Puica’s name has been somewhat airbrushed from history. Many feel she would have won the 1984 Olympic 3000m even if Mary had stayed on her feet, yet she is barely mentioned.

This is, of course, no different to the way many newspapers, magazines, television and radio programmes have tackled the tale of the 1984 Olympic 3000m over the years. No one wants to dilute or deflect from the rich Decker-Budd storyline and even the promoters of the much-hyped 1985 ‘grudge match’ at the Peugeot Talbot Games at Crystal Palace only offered the Romanian Olympic champion a token fee ($2000 to Zola’s £90,000) to race, an offer which she not surprisingly turned down.

Plus, it is probably only the hardcore athletics anoraks who would yearn to know what Maricica is up to now. With The Fall being shown on Sky Atlantic on Friday night in the UK at 9pm together with a cinema release on the Picturehouse chain, the story behind one of the most controversial moments in Olympic history is being brought to the general public of sports and non-sports lovers alike and I would be amazed if they do not lap it up.