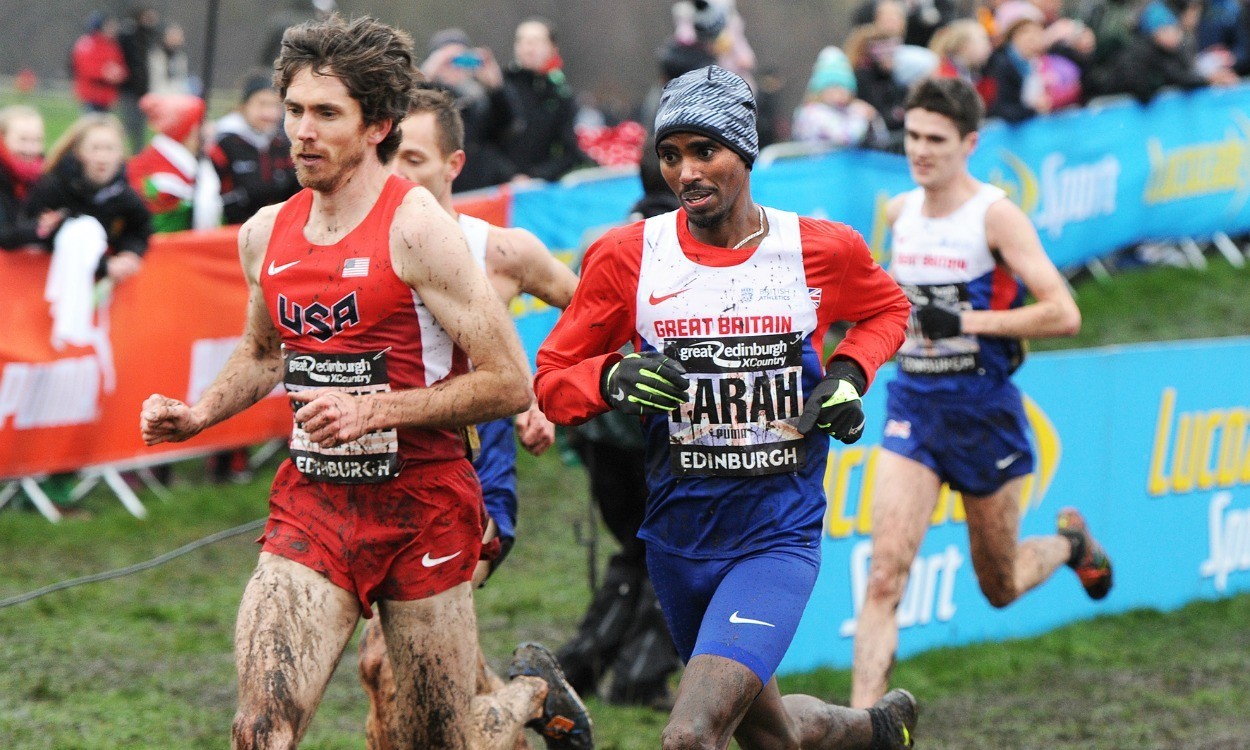 Fans do not have to wait long to see one of the most mouthwatering clashes of the year. Only seven days into 2017, Edinburgh is staging a rematch between Mo Farah and Garrett Heath following the American’s victory over the Briton 12 months ago in the same event – the Great Edinburgh XCountry.

On Saturday, three-time champion Heath – who won the 4km in 2014 and 2015 before his 8km win over Farah a year ago – will lead a USA team taking on teams from Great Britain and Europe at Holyrood Park.

The senior men’s race is not just a head-to-head between the defending champion and Britain’s four-time Olympic gold medallist, however, as other competitors include Olympic marathoner Callum Hawkins and GB team-mates Andy Vernon, Ben Connor and Dewi Griffiths – who between them won Euro Cross senior men’s team gold last month.

Watch out as well for Aras Kaya, the Turkish winner of the Euro Cross senior men’s title last month.

The junior races feature Harriet Knowles-Jones, who won European under-20 bronze in Italy last month, and triathlete Alex Yee, who placed 11th at the Euro Cross last month after a heavy fall.

Laura Muir also returns to the mud after her British record-breaking performance on the boards earlier this week. The 23-year-old, who twice broke the British 1500m record last year, stepped up to race over 5000m indoors on Wednesday, breaking the UK record with her time of 14:49.12.

Last year Muir formed part of the victorious Scotland A team in the mixed 4x1km relay, but this time she is in a GB quartet along with James Bowness, Charlene Thomas and James West. The USA team includes Kyle Merber, Lianne Farber, Will Leer, Heather Kampf, while Scotland A’s team is Jake Wightman, Mhairi Hendry, Neil Gourley and Jemma Reekie. They will compete against a Scotland B team, plus England, Wales, Ireland and Europe.

The Great Edinburgh XCountry will be televised live from 13:15 on BBC One following Inter-District cross country events and the popular Great Winter Run, which is a scenic 5km event that loops around Arthur’s Seat and provides runners with the opportunity to dust off the New Year cobwebs before watching the world’s best test themselves in the international cross country races.

» Check out the January 5 edition of AW magazine for further preview information, including a timetable and team lists. The January 12 magazine will feature in-depth coverage of the event