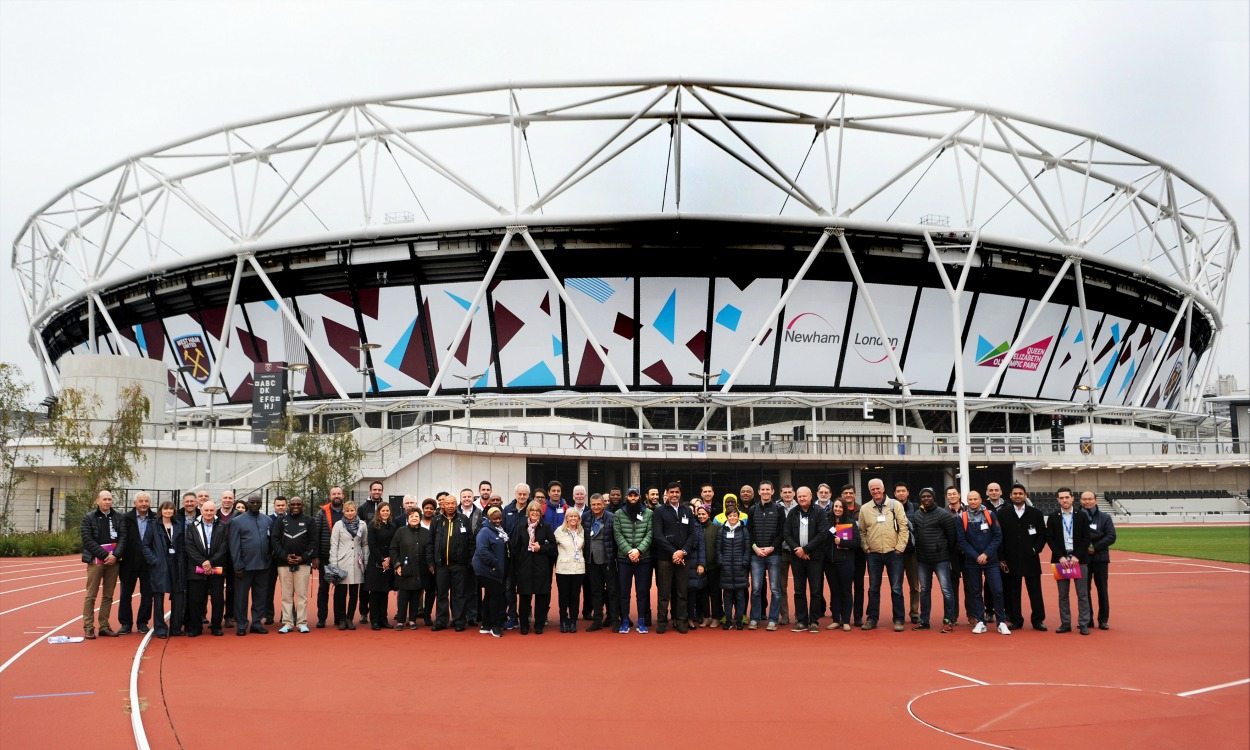 Athletics Weekly was among those involved when 50 member federation team delegates visited London last month to visit key venues and receive essential logistics information ahead of next year’s IAAF World Championships in the city.

The visit – a key milestone in the successful delivery of major athletics events – enabled other member federations to fully scope the organisation and ensure areas such as travel time, hotel locations and training venues meet athlete requirements.

The team leaders visited the training facilities at Newham Leisure Centre, received an extensive tour of the facilities at the London Stadium, visited the marathon and race walks courses and toured the team hotels during the two-day visit.

London 2017 Ltd LOC managing director Cherry Alexander said: “This was a great opportunity for us to showcase London and the facilities and services that we’ll be offering for the World Championships. There was some excellent feedback from the team leaders and the IAAF for what we have planned, reaffirming our belief that next year will be an amazing Summer of World Athletics.”

Duffy Mahoney, chief of sports performance at USA Track & Field, was among the team leaders on the visit and said: “We’ve been to London often so we’re familiar with it but compliments to the organising committee. This activity has been as thorough and efficiently managed as any we’ve ever had. We’re delighted, we know what our first choice hotel is and we’re ready to roll.

“We love the training site at the stadium and of course the stadium is going to be a fabulous venue. I think everything is lined up to be a really good event.”

Hezekiel Sepeng, Olympic 800m silver medallist in Atlanta in 1996 and now excellence manager of the South African team, commented: “It was a good couple of days, it’s very exciting and I think we’re going to have a good World Championships here.

“The facilities are good, especially the hotels which are all in the same area. The main stadium is not far and the warm up track is only a few metres from the stadium, so everything is close.”

Three-time world decathlon champion and now Czech Republic head coach Tomas Dvorak added: “I was here four years ago for the Olympics but the stadium has changed, the new warm up track is good and the training facilities the same. The special thing is the accommodation, because it’s not in the Olympic Village we need to make a decision on which hotel. I think because it is in London and Great Britain it will be a very good championship.”

The IAAF World Championships London 2017 will take place at the former Olympic Stadium on August 4-13, 2017, with over a million ticket applications having already been received. Remaining tickets for the event will be on sale again later this month.

» For more from Athletics Weekly’s experience of the visit, check out the November 17 edition of AW magazine