Tatyana McFadden’s journey to the top 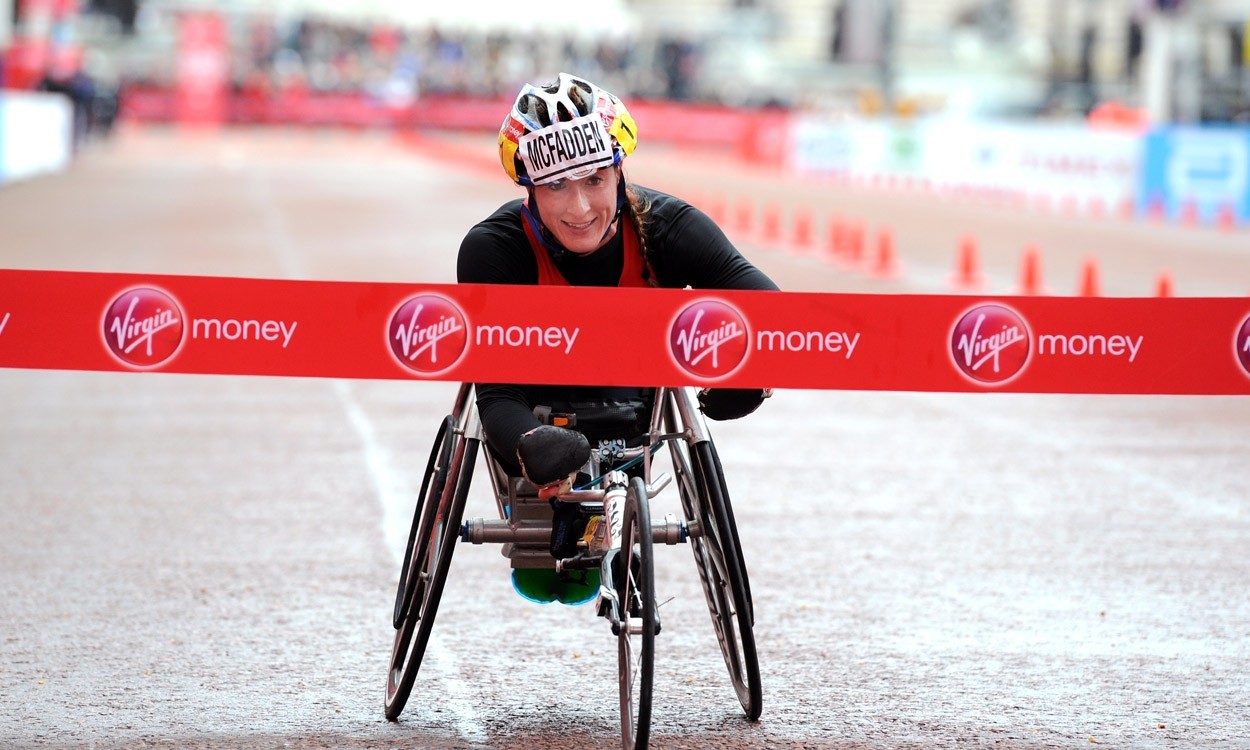 I once used the word “disabled” when talking to Tatyana McFadden. She replied: “I have never seen myself as ‘disabled’. I think I am very able in everything I do.” She went on to tell me how she regularly found herself in the gym lifting heavier weights than so-called able-bodied men! That little cameo gives you a deep insight into McFadden, the person and the athlete.

McFadden has dominated women’s wheelchair racing, having been to three summer Paralympics, winning 10 medals. She has also won 12 IPC World Championships medals in events from 100m to 5000m. In addition to that she has won 15 major marathons. In 2013 and 2014 she completed the World Marathon Majors grand slam of winning Boston, London, Chicago and New York marathons in the same year. At the time of writing she is on course for a 2015 grand slam, as she prepares for Sunday’s event in New York. She dismisses compliments about her versatility, by saying: “I just love to race, whatever the distance.”

She was born in Leningrad in the then Soviet Union in 1989 with spina bifida, which left her paralysed from the waist down. She walked on her hands for the first years of her life and was then abandoned by her mother to live in an orphanage.

Her life-changing moment came when Deborah McFadden, who worked for the US Health Department, was on an official visit to Russia which included the orphanage.

“I just love to race, whatever the distance”

McFadden has vivid memories of the moment: “I remember one day a woman walked in. We often had people visiting the orphanage, but this time it felt different and I remember making a huge connection with her. I looked at her and I thought, ‘This is going to be my mom’ and I told everyone she was going to be my mom and I really believe fate brought us together.”

Going to America was hard as, of course, she did not speak any English – only Russian. She recalls leaving the orphanage and checking into a nearby hotel and asking her new mum if they were in America! Deborah had been told by Russian doctors that Tatyana would not live long – “a few months, maybe a few years”.

McFadden was instantly struck by the faith that the family had in her and how they believed she would live for a long time. She received her first wheelchair, went to school and made new friends. She had surgery on her legs and started slowly to get her health together.

As a 15-year-old she qualified for the Athens Paralympics, winning a silver medal in the 100m and a bronze in the 200m. She says: “It was my first international competition. I just went to have fun. I had been through so many challenges in life – to actually be at the Paralympic Games competing at the elite level for one so young is a feeling I will never forget. It was an amazing feeling to be on that podium, only 15 and representing your country.

“I will never let that feeling go. It is a motivation. I think I have had motivation throughout my life – from the orphanage, motivation to survive and that carried on through sport”.

“I think I have had motivation throughout my life – from the orphanage, motivation to survive and that carried on through sport”

She won three silvers in the Beijing Paralympics followed by three golds and a bronze in London. “London was fantastic,” she recalls. “The opening ceremony was perfect, the amount of support we got for the morning and evening sessions of our competitions were fantastic. For me no other Games came into comparison. It was an unbelievable experience, just an unbelievable experience. When I made a speech after I won my third medal, the crowd was chanting my name”.

As you talk to McFadden, she comes across as a such a positive person. “I have always been a believer in God and Jesus and in those tough times I knew that God was with me and that he had plans for me later in life,” she says. “I knew I would make it through those tough times and that he was definitely there to help me. Sometimes days are tough and you say, ‘Why me?’ But my disability is really not that bad. With my disability I can still go to school. I am an athlete with gold medals and I can teach and help others. I can talk in schools and hospitals and I think that is what my purpose in life is – to help others with greater need than me”.

Part of that desire to help people is focused on the country of her birth. When the Russians stopped American adoptions it really upset her because adoption changed her life completely. “It is really sad,” she says. “I look at my life and wonder, what would happen if I was six years old now. I would be stuck in that orphanage and I would never go to the Paralympics aged 15. I would not win medals. I would not have these opportunities.

“I definitely have that perspective and I definitely want to speak out about it and explain how important adoption is and what a difference it will make in children’s lives – especially children with disabilities because in my situation no other Russian family wanted to adopt me.”

“With my disability I can still go to school. I am an athlete with gold medals and I can teach and help others. I can talk in schools and hospitals and I think that is what my purpose in life is – to help others with greater need than me”

In 2014 she won a silver medal in cross-country skiing in the Sochi Winter Paralympics, describing it as “wonderful to be a dual Paralympian and a dream to compete in Russia with my birth family and my adopted family watching”. When asked if it was a one-off or if she was targeting the 2018 Winter Paralympics, she gave a twinkle and said: “We’ll see!”

“You are in this tiny metal chair and one little mistake can cause you to be severely injured. So I have to say a quick prayer before that because I get so terrified. People laugh at me but it is okay. I know I am like a granny going downhill.”

It doesn’t seem to have hindered her success.