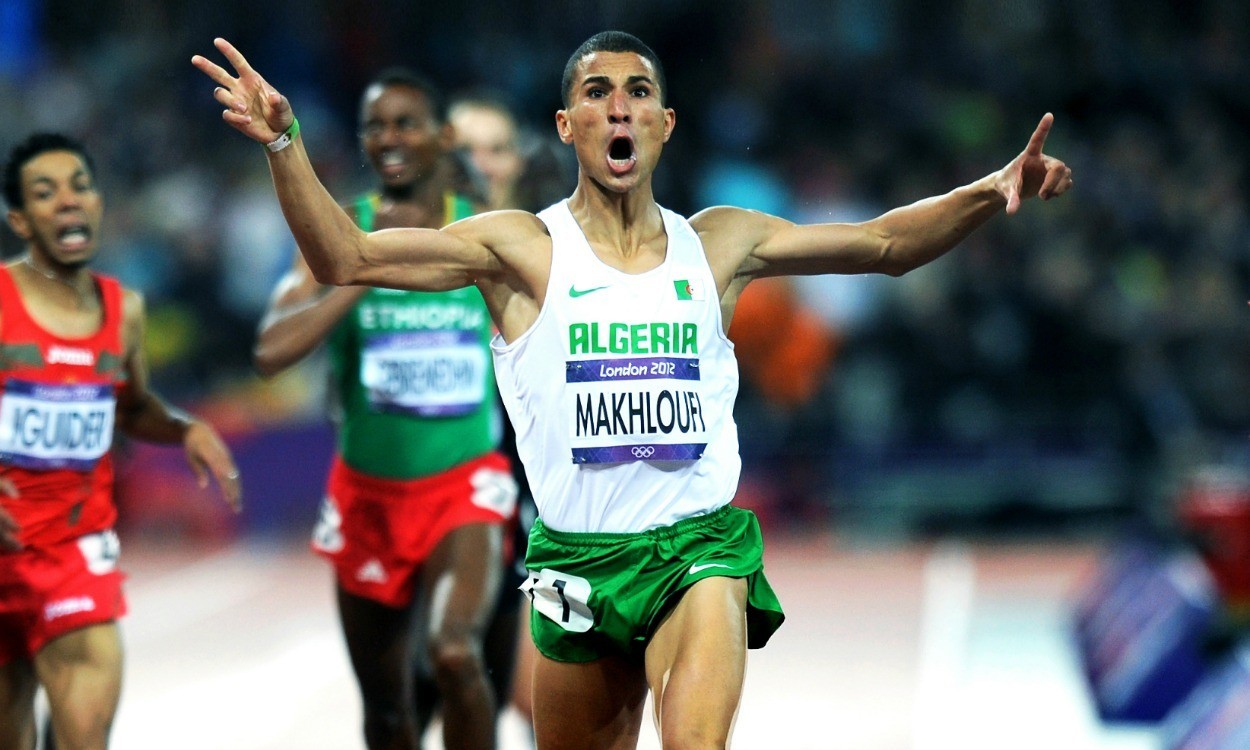 To many, Taoufik Makhloufi is a controversial and mysterious figure, but Alex Mills discovered an Olympic 1500m champion happy to chat about everything from football to Mo Farah

Having missed virtually all of the 2013 season, times recorded by Taoufik Makhloufi this year suggest that the Olympic champion is back to the sort of form that saw him win 1500m gold in London.

Recently, in the 800m at the Diamond League in Shanghai, Makhloufi embarrassingly raised his arms in celebration before the race was over and was passed on the line by Robert Biwott of Kenya. Even he could see the funny side, though, and he said: “I’m happy it was just in the Diamond League not the World Championships or Olympic Games. (There) if I lose like that I would cry.”

Within that success, London again has had an influence, even if this time it is an inadvertent one. Because while he may not be universally popular in the athletics world himself, Makhloufi says he’s a big admirer of one of London’s very own Olympic stars – Mo Farah.

During altitude training in Iten, Kenya, earlier this year the Algerian says he joined in the occasional run with Farah as the Brit prepared for the Virgin Money London Marathon, although AW understands these training sessions were only easy or steady runs usually involving a large group of distance runners.

Speaking to AW at the Nike Prefontaine Classic, it is clear the Algerian is a fan of Farah. He even admitted that initially he struggled with the pace of the sessions in Kenya, especially on the long runs.

“He’s very strong. You know I’m just a 1500m runner, so it wasn’t always easy for me, like when I did long runs with him it was fast for me as he was training hard for the marathon,” he said. “For the long runs, it was not easy. In the beginning I could not run with him!”

As for the benefits of doing longer runs in groups that include athletes of the calibre of Farah, he added: “It has helped me with running distance races. It will help me with my work now in this track season and it will help me to be more resistant in my track workouts.”

Like Farah, Makhloufi is also a football fan and anyone who has seen Makhloufi’s Instagram page will know that he is more than adept in the art of “keepy-uppy” with a ball. When asked about this, he smiled: “I don’t count, but I can do too much! I can do a big number.”

Since talking to AW, Makhloufi must surely have followed Algeria’s rollercoaster ride through the FIFA World Cup in Brazil, but he said last month: “I have no favourite team. I like practising sport but I don’t like watching it. I like football but just to play.”

Back on the subject of his own sport, looking ahead to the rest of the 2014 season in which he, like many other top athletes, doesn’t have a major championship to run in, Makhloufi says he is aiming to go even faster than he has done in the early season.

» This is an extract from a three-page feature on Taoufik Makhloufi published in the June 12 issue of Athletics Weekly, which is available here or digitally here