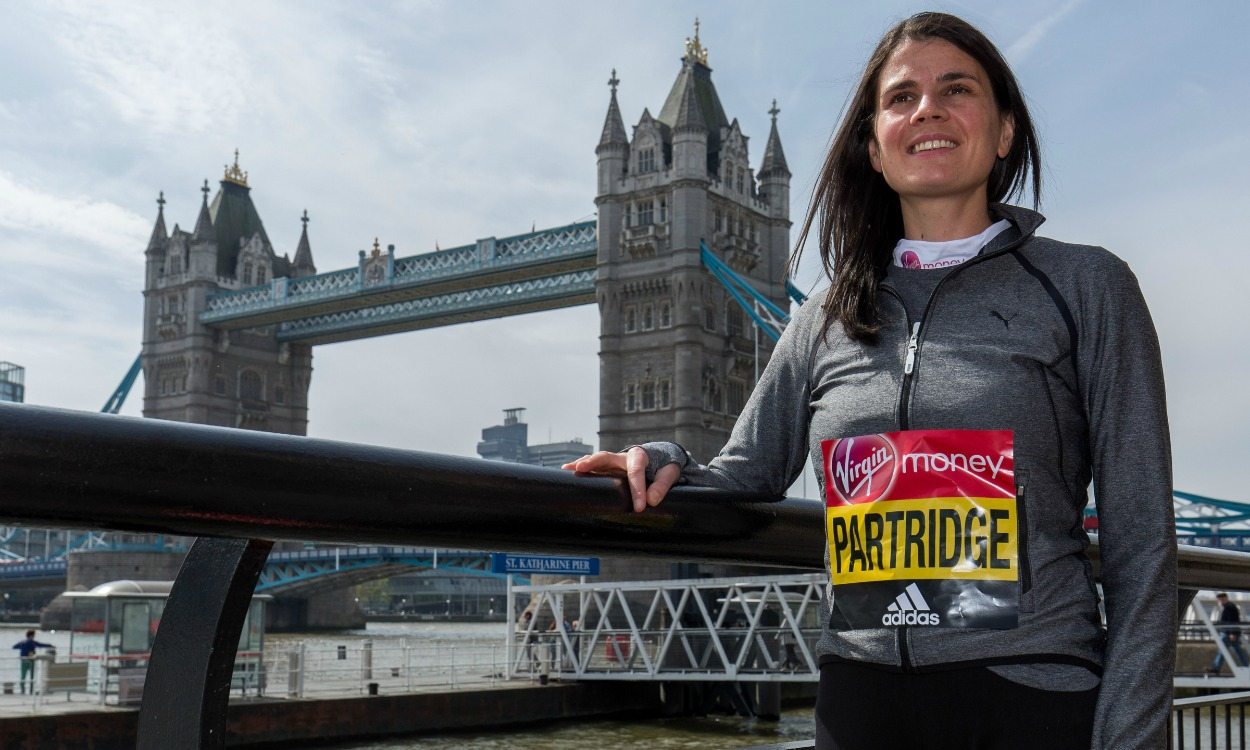 Susan Partridge expects tactics to go out the window when Britain’s top marathon runners do battle at the Virgin Money London Marathon for a place in the Olympic team for Rio.

Partridge is currently ranked UK No.1 for the half-marathon in 2016 after producing a 71:54 performance in Prague earlier this month, but she is yet to run the 2:31:00 marathon time required by British Athletics to qualify for the Olympics.

Only Sonia Samuels and Alyson Dixon have as of yet achieved the standard in the designated qualification period, and with British athletes being required to both run the time and finish as one of the top two Brits at the London Marathon on Sunday (April 24) in order to guarantee selection, the pressure is on for Partridge and the other aspiring Brits to run a fast time while also placing well among their compatriots.

The battle will be between Partridge, Dixon and Samuels as well as Charlotte Purdue and Freya Ross.

Partridge, who has competed for Great Britain at both a world and European level as well as running for Scotland at the 2014 Commonwealth Games, doesn’t want to run the risk of relying on a discretionary third pick, so the job is simple.

The British “race within a race” promises to offer a fascinating sub-plot – the type which only really comes round in an Olympic year – and it just offers another layer of excitement for Partridge.

“To me that’s what athletics is. It’s competition. It’s racing,” she added.

“I think it’s nice when you can get a marathon where you get that opportunity to properly race people rather than just watching the clock as a time trial. For me it’s more exciting and a much better race.

“It’s much better for spectators and people watching at home to see how the race unfolds rather than just watching someone hitting split times. You’re able to see it as a proper running competition.

“There’s no secret that you get more of a race going with people if you know who they are, then it means something to beat something. Beating them means you’re the first Brit or you qualify for the Olympics. I wish every year we could get six of the best British girls running.”