Superman captures Geoffrey Kamworor’s fall and rise at World Half 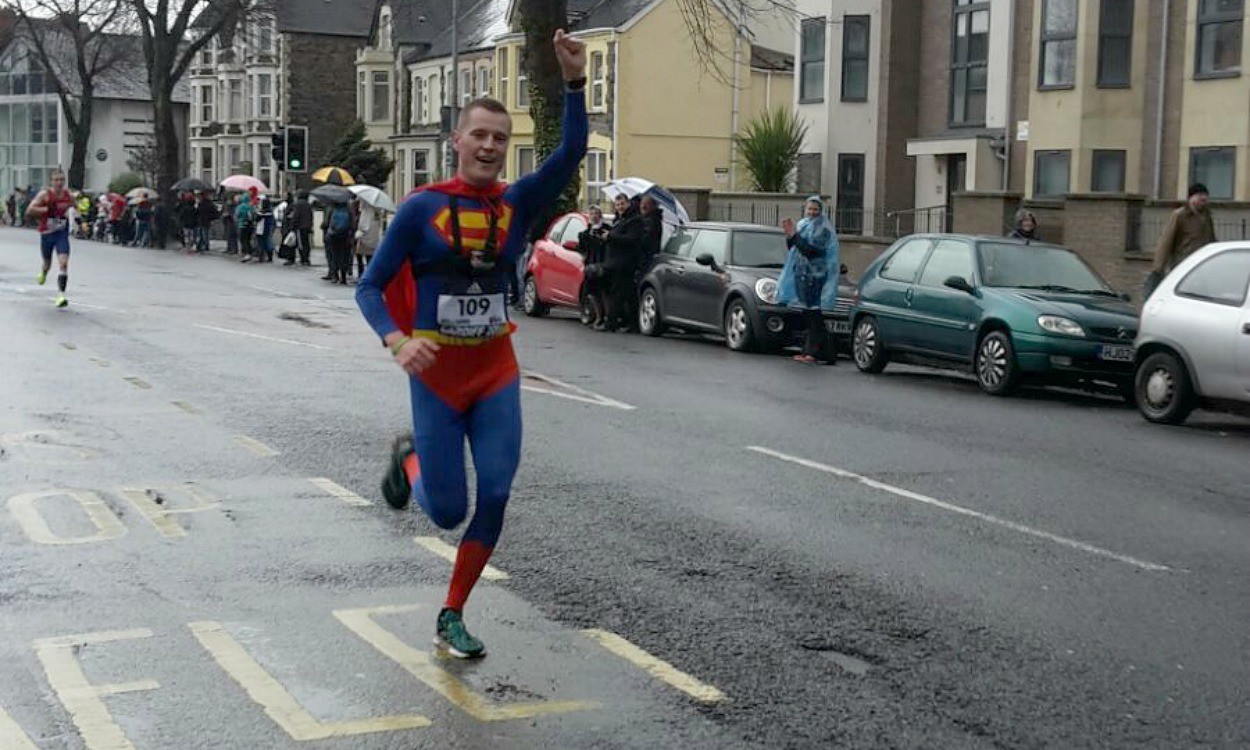 Oli Williams was expecting attention as he targeted a world record dressed as a superhero in Cardiff last Saturday (March 26), but the Les Croupiers runner has since been in the spotlight for another reason as he managed to capture IAAF World Half Marathon Championships winner Geoffrey Kamworor’s start line fall and recovery on video.

After slipping at the start and falling to the floor, Kenya’s Kamworor got back up and weaved his way past the non-elite runners who had started just behind the elite men’s field. With arguably the greatest ever men’s half-marathon performance, the 23-year-old clocked a first mile of around 4:15 to rejoin the leaders and eventually crossed the finishing line with 59:10 on the clock, a gold medal and bloody knees to show for his efforts.

Williams captured the start of Kamworor’s world title-winning performance from a runner’s perspective, having started around 10 metres back from the elites. You can watch it via the video below.

While Kamworor achieved his aim of winning, Williams also secured his own success. Clocking 75:39, he bettered the previous Guinness World Records time for the fastest half-marathon in a superhero costume by one minute and 51 seconds and now awaits record ratification.

One of the pieces of evidence Williams will be submitting for his world record attempt is video footage – hence the GoPro strapped to his chest that captured Kamworor’s impressive recovery.

“About five metres past the start line I nearly ran into a pile of people on the floor,” Williams told AW. “I just managed to side-step in time to avoid falling on them myself but then about five or 10 seconds later someone rushed past me just brushing my arm. I usually get a bit annoyed if someone rushes past me at the start, but I saw that they were wearing a Kenyan vest and just assumed they’d arrived late for the start.

“It was only after the race when I got home that I saw the TV coverage and that Kamworor had fallen and gone on to win it. 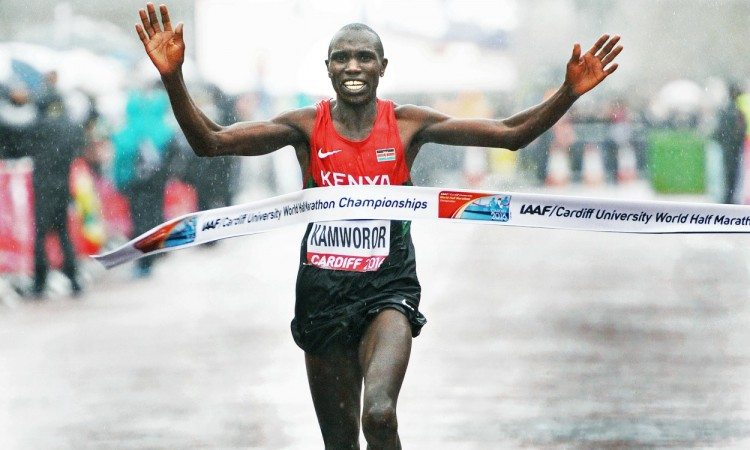 “It’s not every day that you get overtaken by a world champion! The speed he was moving was crazy,” Williams added.

“I think it’s one of the greatest performances I’ve seen, to come back like that and not just give up when he’d fallen. It’s a shame he fell and that the weather was so bad as it would have been great to see him challenge the world record, especially in my home town. Hopefully he’ll come back and have another go at it in October!”

It is not just his time target that Williams has managed to break either, as thanks to the extra publicity that his video of Kamworor has generated, he has smashed his fundraising goal of £1000 for the Velindre Cancer Centre in Cardiff. At the time of publication, more than £1500 had been donated via his JustGiving page at www.justgiving.com/supermancardiff.