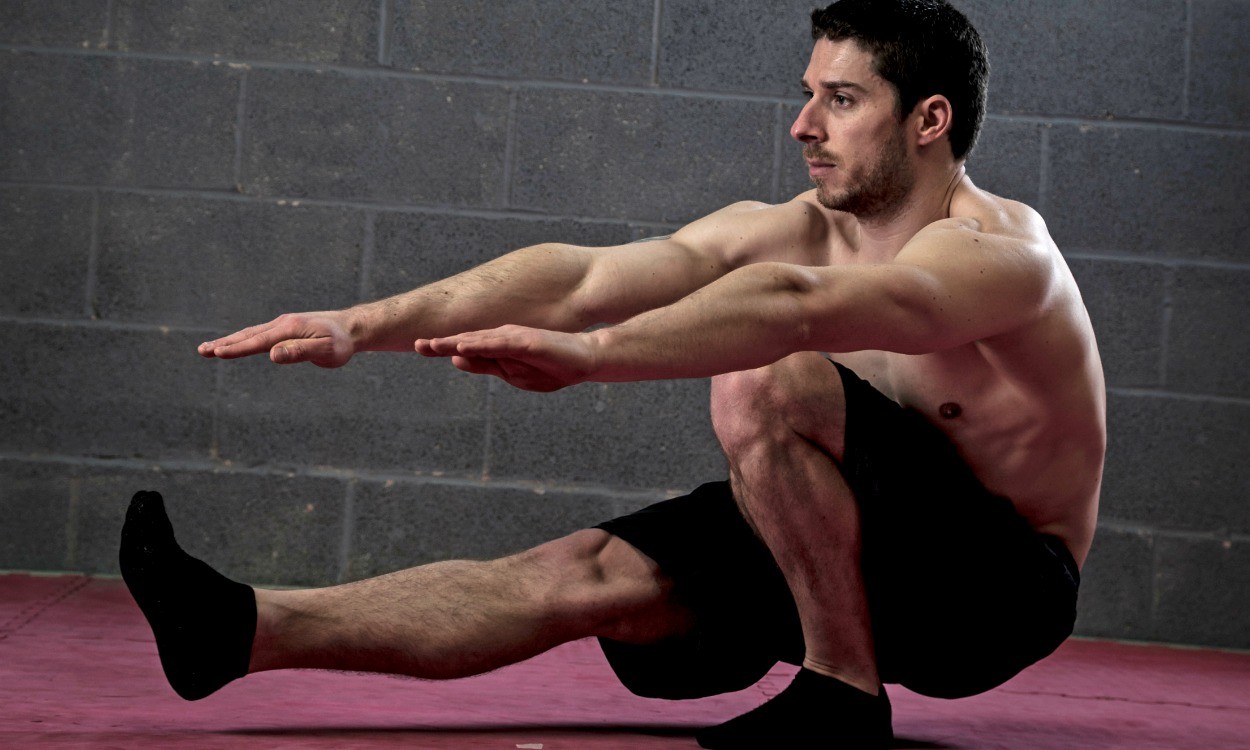 Calisthenics are very useful and simple for athletes who want to gain strength, writes Ashley Kalym

If you were asked to name the most complete athlete in terms of physical ability, where would you put your money? As an athlete, perhaps you would go for a sprinter, a pole vaulter or maybe even a decathlete? My cash would be on an elite gymnast – and for good reason. Gymnasts have incredible strength, power, agility, spatial awareness and body control, and manage to build all of this physical capability using bodyweight exercise.

Of course, gymnasts train for many hours and, depending on your own athletics discipline, you may have only have a fraction of that time available in a day in which to build a solid physical foundation. The most surprising aspect of this is that the gymnast will use calisthenics almost exclusively to build their strength, power, and athleticism.

Calisthenics can be defined as the action of moving your body through space, as well as manipulating and working with your own bodyweight to elicit strength gains. In ancient Greek it literally means “naked beauty”, which refers to the fact that it requires little equipment and can be performed by anyone. It is a primal and simple way of training the body to become stronger and more agile.

There is of course very good specific weighted movements that almost all athletes use, such as barbell squats, power cleans, jumping drills. However, incorporating calisthenics into your training routine can be one of the most effective ways to find any weak spots and build serious levels of usable strength. It can also be done with a relatively small time input.

Depending on your individual discipline, a huge number of calisthenics exercises are excellent for the beginner and advanced athlete to include in their training regime. We all know the usual culprits such as push-ups, pullups, dips, sit-ups, bodyweight squats – the list is seemingly endless. Nevertheless, many other movements that have simply been hidden from the public’s consciousness for a long time are far more effective than those simple exercises.

For those whose discipline is lower-body dominant, such as sprinters and middle-distance runners, strength and power in this area is very important. Most athletes will develop this from the Olympic lifts including power cleans and snatches. However, using solely bodyweight can be very beneficial.

Perfecting the bodyweight squat is a good place to start as it develops adequate strength in the lower body and increases mobility in all of the places that you would want it.

It is imperative that the squat be performed as deeply as possible to engage plenty of muscle as possible and to recruit as many muscle fibres as feasible. Doing this will ensure that strength is developed through the entire range of motion of the movement.

Perfect form should include the following:

Perfect form should replicate the bullet points as per ‘bodyweight squat’ above.

Athletes that take part in sports that are more upper-body or core-dominant can choose from plenty of exercises. All movements that the human body can make can be broken down into two areas – pushing and pulling.

Obviously some movements, like throwing for example, are a mix of the two. It is also important not to develop imbalances in physique, and therefore it is practical to insert both pushing and pulling movements for the upper body into your programme.

Triceps dips have been called the upper-body equivalent of the squat. It develops strength in the chest, shoulders and triceps. Perfect form should again be replicated.

This is perhaps the best calisthenics exercise for upper back and pulling strength. It is simple, requires no fancy equipment, and can be progressed and made more challenging in a myriad of different ways. Perfect form should again be replicated.

The last area that we are going to examine is the core. In my opinion, regardless of the type of athlete you are, you should be training your core to be as strong as possible. As the old saying goes, you cannot fire a cannon from a canoe – or perhaps more accurately, you can only fire it once!

These days core training has been heavily influenced by core training classes, abs classes, and the infomercial. Doing planks, sit-ups and other movements made popular by this increased interest in core training is okay, but these are far inferior to the type of core strength that you should be wanting to build as an athlete, regardless of the discipline. That is not to say that planks and sit-ups are useless – they are very good for introducing people to core training, but we must progress if we want to build real core strength.

One of the best calisthenics core exercises is the half-lever. It is deceptively difficult, but once mastered, nearly all other core exercises will seem like child’s play. It is the same in principle to the plank in that we are looking to hold a static position for a set amount of time.

Perfect form should include the following:

To make the movement less challenging and more accessible, simply lower the legs to a 45-degree angle (tucked half-lever). This can be achieved by placing the hands on a raised platform. You can also bend the knees and bring the legs closer to the torso as this will have the same effect.

» Ashley Kalym is the author of the book Complete Calisthenics: The Ultimate Guide to Bodyweight Exercise (£19.99, Lotus Publishing). He dedicates his time to health and fitness and writing about calisthenics