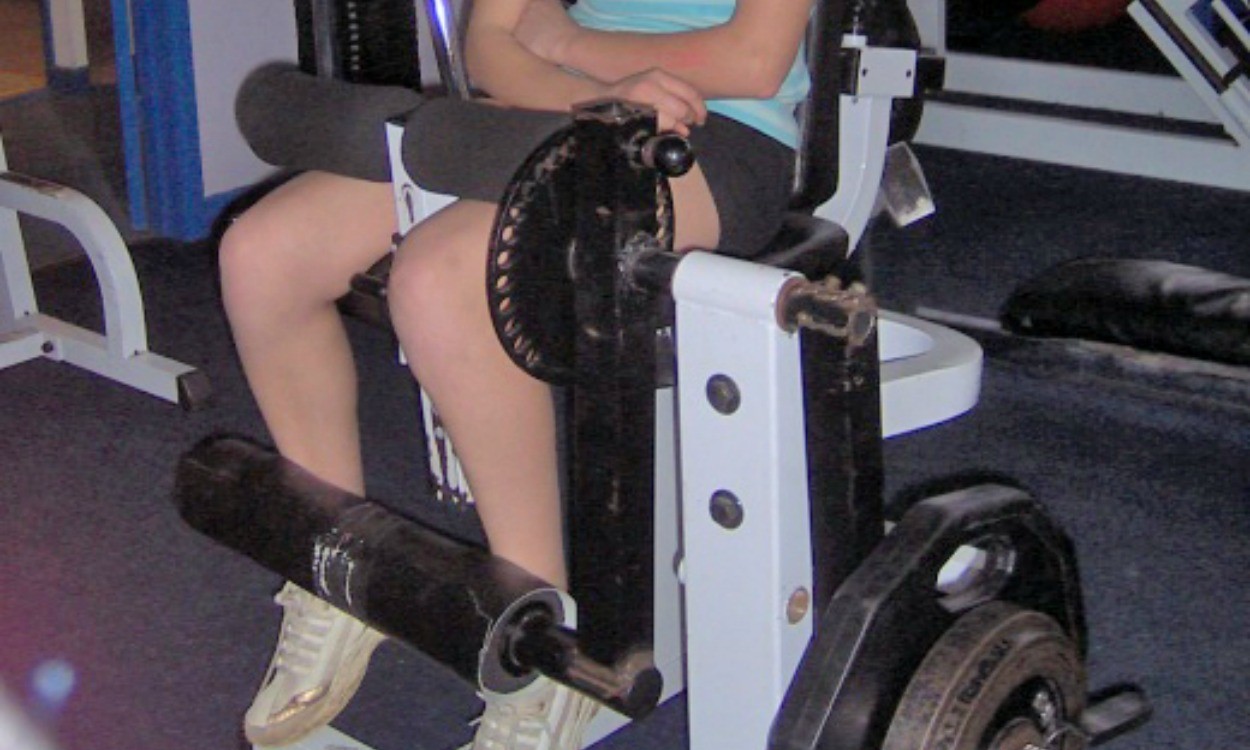 The quadriceps muscles on the front of the thigh are arguably the strongest in the body. They are capable of pre-tensioning just prior to ground contact as they create the down-force that powers the body forwards. Additionally, they help to straighten any misalignment of the legs due to pronation and supination of the foot upon ground contact while having the ability to work as agonists or antagonists.

The rectus femoris is the most commonly known of the four muscles involved and it runs centrally from high up inside the hips (long-head), fattening in the centre before narrowing towards the knee (short-head) where the tendons cross the front of the patella to anchor onto the tibia bone. Next to this comes the vastus lateralis with its slightly lower starting point on the outer extremities of the hip, running parallel to the rectus femoris, but where the former thins down, the vastus thickens to anchor just above the knee.

As a group, the quadriceps are involved in approximately 22% of the running cycle, from the early strike phase to partway through the support phase when their drive begins to taper off. Later, the rectus femoris is activated, but does little work, from toe-off and during the flight phase. Because of its size, there is a danger of giving preference to the quadriceps when it comes to workouts. However, if its strength exceeds 60% of the hamstring, there is a danger that the latter could become injured when called upon to work at a maximum output as it does not have the capability of matching the demand.

Many athletes train their quads extensively in the gym, so here I would like to compare the pros and cons of four exercises commonly used in the development of the quadriceps.

Using a leg extension machine (pictured above), the athlete sits on a seat, hooks the feet under a padded arm, then raises their legs slowly and methodically until the upper and lower legs are more or less parallel, before lowering to complete the first rep. The benefits of this exercise are its ease, comfort and apparent beneficial feel in the muscles.

However, consider this – where in any athletics event does the driving force involve moving the ground? Do not dismiss this exercise completely on these grounds alone. The exercise is good for beginners and has the benefit of working the short head of the rectus femoris, just above the knee, which can be very useful for a sprinter in the first seven strides out of the blocks. It is also a useful single-leg exercise to compare equal development of the two legs.

I would recommend it is not used for maximum loads involving 2-3 reps, but with lighter and more manageable loads of 12-15 reps.

This is another common gym machine, but this time involving the long-head and central part of the muscle. The athlete sits at about 20 degrees to the floor and presses a heavy plate away from them. Now consider how it works – force acts in a straight line, which means the load is actually being taken from the footplate to the hips in a position never used in an athletics event – unless, of course, you can run doubled up! Because this machine allows very high loads to be moved, the exercise is easily abused. Who will remember it in 40-50 years when they are awaiting a hip replacement?

Once again, I would suggest it is used with lighter loads to give a range of 12-15 reps and to assess how far the knees should bend. Try putting your hands on each shoulder with elbows pointing forwards. When the knees touch the elbows the legs have bent far enough.

This is the more “built-for-purpose” quadriceps exercise, with the advantage of it also using the glutes, erector spinae muscles of the spine and to a lesser degree the hamstrings.

For the back squat the bar is held across the shoulders or in some cases slightly lower on the trapezius. Feet should be shoulderwidth apart and the hands held on the bar in a wide position. Pushing the bum back as the knees bend will help to keep the back straight. While weightlifters will go beyond parallel with the squat, for most athletics events I would recommend that a 90-degree bend of the legs is sufficient.

The front squat is done with the bar held under the chin across the front of the shoulders. It uses lighter weights and works more directly on to the quadriceps while helping to maintain a straight back. In both cases it is ideal to keep the feet flat on the ground with a slight support under the heels being acceptable to help those who have difficulty achieving this.

Much will depend upon age, experience and event, but it is generally accepted that it is a winter training activity. Top-up workouts during the spring and summer months are advisable to maintain the strength that has been built up.

» Straight lifts or presses, starting with a light weight and getting heavier
» Light weights with fast reps
» Light weights with slow reps
» Fast/slow. The positive movement (push) is done quickly and the negative movement around three times slower. This is the fastest way to achieve hypertrophy (muscle growth)
» Pyramids. Build up from a low weight with many reps (up to 15) and gradually add weights as the reps decrease
» 1RM should be done rarely – 3 reps will give the same strength gain albeit at a lower intensity

It is worth bearing in mind that when using heavy free weights it is always advisable to have a spotter or two on hand to avoid any accidents that may occur through fatigue or poor technique.