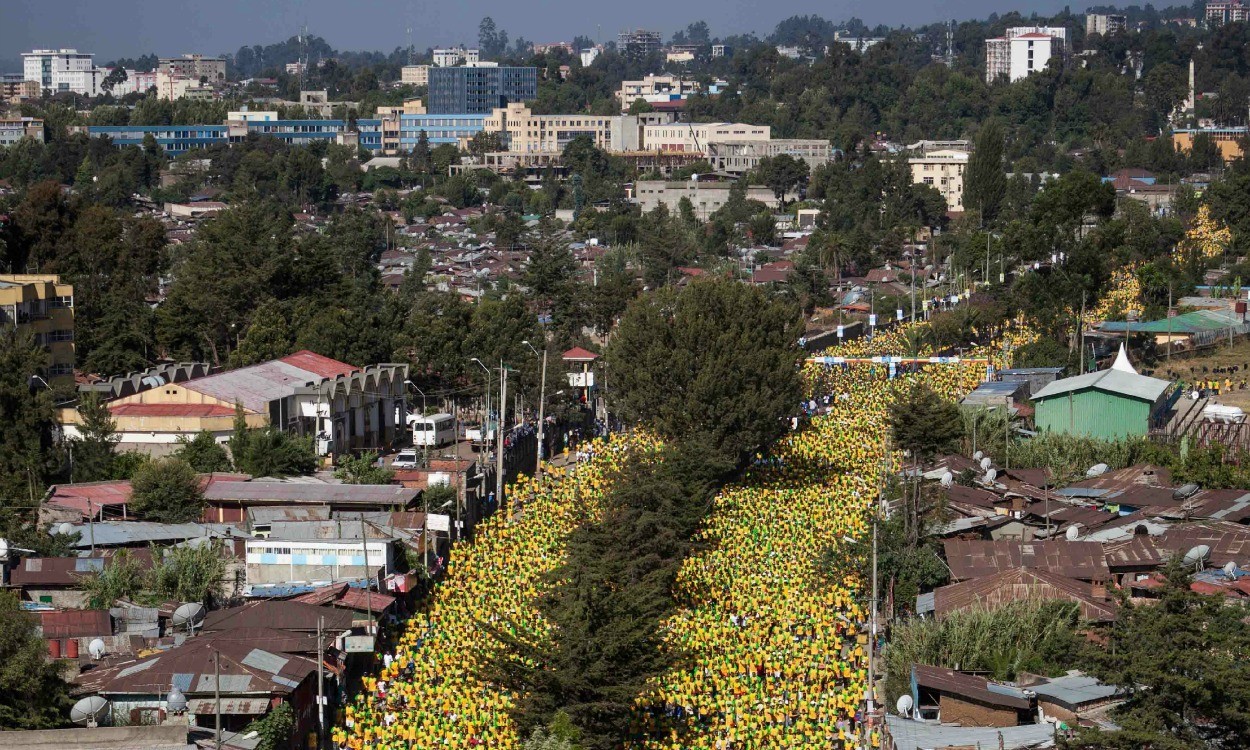 Stockport Harriers & Athletics Club will have a team at the Great Ethiopian Run on November 23 after winning the Great Club Challenge.

As well as entry into the 10km event alongside around 37,000 runners, the fourteen winning club members will also get the chance to train in the hills around the country’s capital, Addis Ababa, where the event takes place, as well as meet distance running legend Haile Gebrselassie.

The North-west club were entered into the competition thanks to the placings of their runners at the Bupa Great Manchester Run in May.

The Club Challenge competition, supported by England Athletics, sees the winning club from each Bupa Great Run Series event, based on the average time of their fastest seven men and women to finish, placed in a draw. Following the final event in this year’s series, the Bupa Great South Run in Portsmouth on October 26, the Great South club winner – Winchester – was added to a draw which already included Tyne Bridge Harriers, Gateshead Harriers, Bournville Harriers and Stockport.

Each event’s winning club will also receive £500 towards club funds and 15 free entries to their respective 2015 Great Run, while ten and five free entries will be awarded to the second and third placed clubs.

“The main reason I entered the Great Manchester Run back in May was to be in with a chance of winning the club challenge and a trip to Ethiopia so I’m thrilled to be going and I expect it will be the experience of a lifetime!” said Stockport Harrier Jenny Knass.

Great Run Elite Athlete Manager Tom Broadbent commented: “We’re really happy to work with England Athletics and offer this opportunity to the clubs across the country that have supported our events for many years.”