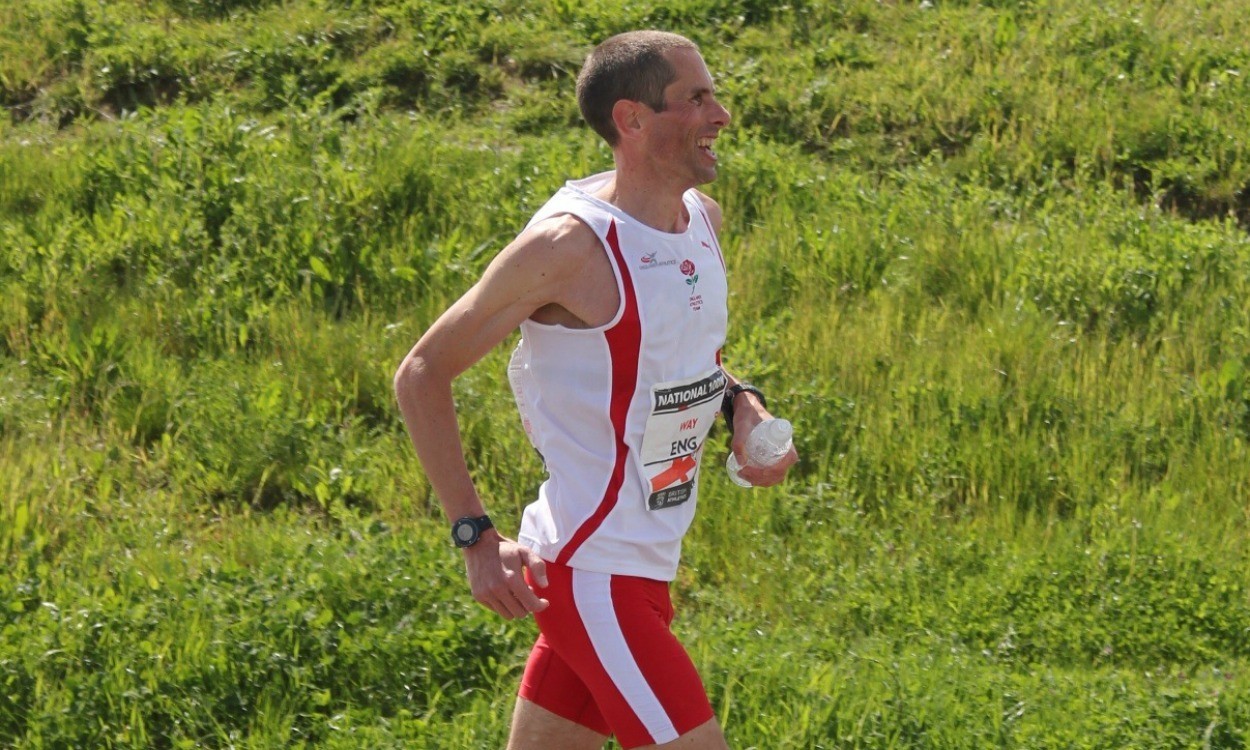 Steve Way and Amy Whitehead have been named as the first members of the England athletics team for this summer’s Commonwealth Games in Glasgow.

They both secured selection in the marathon after gaining the qualifying marks at this year’s Virgin Money London Marathon.

Way, who has competed for Britain in ultra distance events and is pictured above at the recent National 100km where he ran a British road record for the distance, shaved three minutes off his marathon best in London with 2:16:27 to finish third Brit.

Whitehead ran 2:34:20 in London and will also make her major championships debut in Glasgow.

Way described his selection as “an absolute dream come true”.

“It’s a fairy tale scenario,” said the Bournemouth athlete. “It sounds cliché but I can’t possibly put it into words how much I am looking forward to the Games.

“The excitement and prospect of my first major games and representing my country over the marathon distance, it’s just quite unbelievable.

“Every time I get on the start line for the marathon my main aim is to better myself, improve on my personal best. At the London Marathon I managed to do that with a big personal best and at the Commonwealths I will be looking to make another significant improvement.”

Whitehead commented:  “I’m absolutely over the moon. I’ve always wanted to make the Commonwealth Games and it’s been a personal ambition of mine to get here. I would love to do as well as I possibly can. When you put on an England vest you want to do everybody proud.”

With tickets to watch track and field action at Hampden Park highly sought after – athletics tickets included in a final 100,000 across all sports released by organisers on Monday which led to the website crashing following “unprecedented demand” – fans may look to head for the streets of the Scottish city instead to watch runners tackle the 26.2 mile course, with the marathon one of three free events taking place as part of the Games.

The full England athletics team will be announced on June 9. Nick Torry also has the marathon standard from last year, while John Gilbert, Andi Jones and Ben Moreau also possess the mark but have already been selected for the European Championships taking place two weeks later.

Scotland has already named a number of athletes for the Games, with marathoners Freya Ross, Hayley Haining and Ross Houston recently added to the team to join Susan Partridge and Derek Hawkins in representing the home country in the 26.2 mile event.